Given that Media Bias Fact Check (MBFC) is often pointed to as a useful source to evaluate bias in think tanks we have put this post together. MBFC references Alan Dershowitz’s claim 2012 claim on CNN to report that John Lott “has been accused of accepting funding from the National Rifle Association. Lott denies this claim,” we have put up this video to show Dershowitz twice saying that he was hardly making a clear claim and that no evidence was provided. 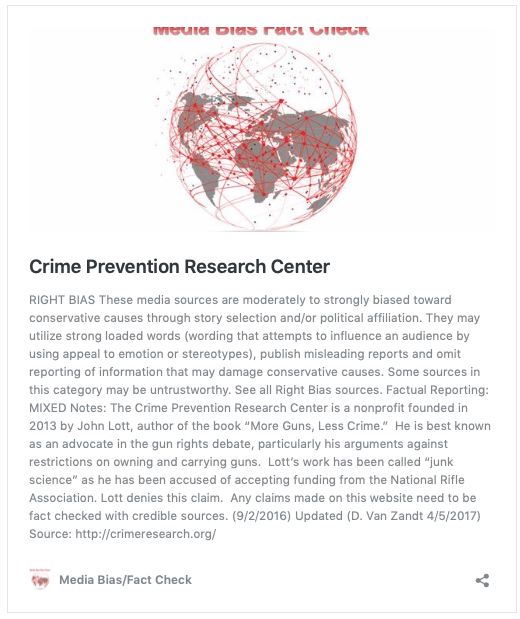 It would be nice if Media Bias Fact Check would correct the record.

Their other claim that one person has claimed Lott’s research is “junk science” is equally absurd. They point to one report that was written by Ted Goertzel, a sociologist at Rutgers who has never published a single refereed paper on crime. A list of academic research that has confirmed Lott’s research is available here.

Media Bias Fact Check is also not able to do simple math. While their scale indicates that the CPRC is located between someplace between the “right” and the “extreme right,” if you use the votes that they have collected, the CPRC is located between “right-center” and “right,” with it actually being slightly closer to the “right-center.” [If you take the votes on a 1 to 7 scale, with 7 being “extreme right,” the CPRC is at 5.44.) Of course, given the very biased write up by MBFC, it would be surprishttps://crimeresearch.org/wp-admin/post.php?post=24879&action=edit#edit_timestamping that we were viewed as anything other than biased to the right. 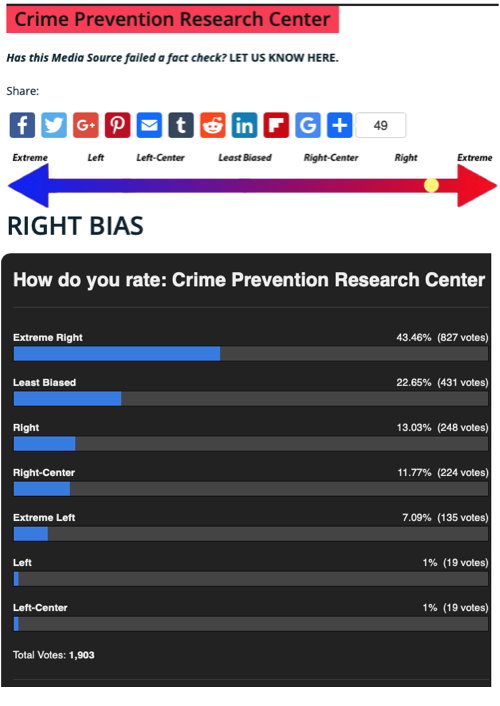 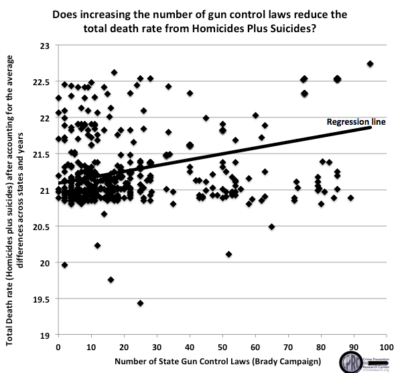 At National Review: Trump’s NRA Speech: A Response to the Fact-Checkers