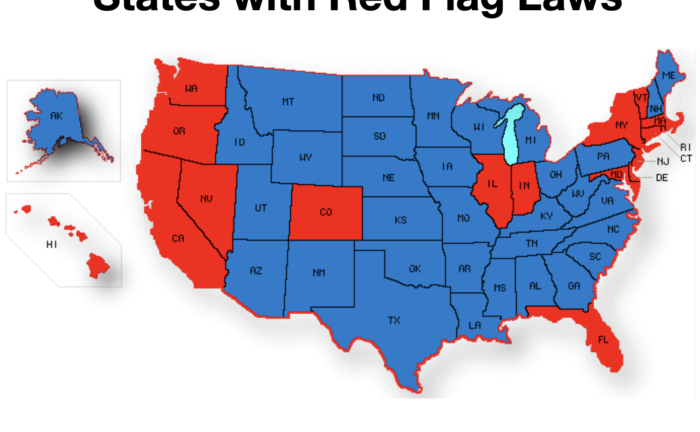 New Research on Red Flag Laws: Do they save lives? Reduce homicides or suicides?

Dr. John Lott and, our research director, Carlisle Moody have new research on the impact of Red Flag laws on homicides and suicides.

Seventeen states have passed Red Flag or Extreme Risk Protection Order (ERPO) laws which allow police, family members, individuals living in the same residence, and others to file a petition for a court order temporarily seizing the firearms of persons accused to be a danger to themselves or others. The theory is that some individuals could pose a danger to themselves and others that could be made worse by the presence of firearms. Therefore, a policy that denied the individual access to their firearms, if only temporarily, might indeed save lives. However, it is possible that these laws could increase homicide or suicide. If a troubled person is aware of the existence of a Red Flag law, he or she may well not seek help because of the threat of an ERPO. Also, the enforcement of the orders could also have perverse consequences.

Two states have considerable experience with ERPO’s: Connecticut, since1999, and Indiana since 2005. We use synthetic controls and difference in differences methods to evaluate these laws. The experience in both Connecticut and Indiana is that red flag laws have had no significant effect on either homicide or suicide. We also find that ERPO laws have had no significant effect on deaths or injuries from mass public shootings.