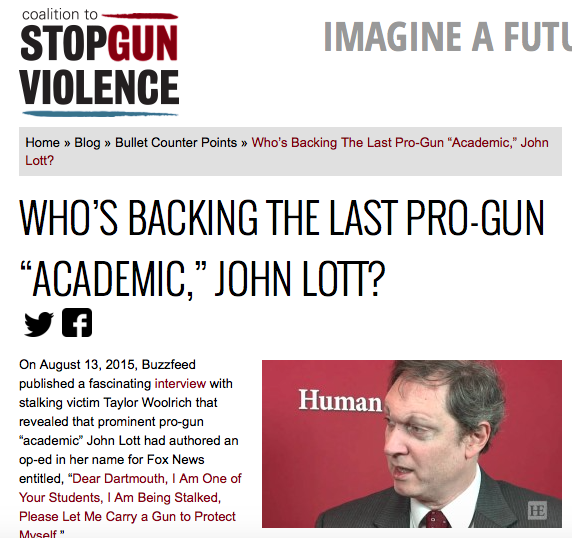 The Coalition to Stop Gun Violence (CSGV) has spent some time putting together contact information for the CPRC’s academic board of advisors and the deans of their schools (see here and here).  The notion is that they think that they can intimidate all these prestigious academics into hiding.  Media Matters and other gun control media have tried getting others  to join in getting people to contact the deans of our academic advisors.  However, as one of our academic board members wrote back to us: “I don’t think they can intimidate any of us at this point.  It won’t work.”

The CSGV relies on recent false information provided by Buzzfeed, Mother Jones, and others (these last three links provide responses to the CSGV false claims).

Of course, the very notion that Lott is the very last academic researcher whose work has provided support for gun ownership is absurd.  Most economists who have done research on gun control find large net benefits from guns.  A survey of academic research on concealed handgun laws shows that most find a benefit from these laws.  The hope by gun control groups is simply to silence those that they disagree with so that there is only one academic left.

As some have pointed out to us, all these recent attacks on Lott, the CPRC, and our board of academic advisors and our board show we must be doing something. 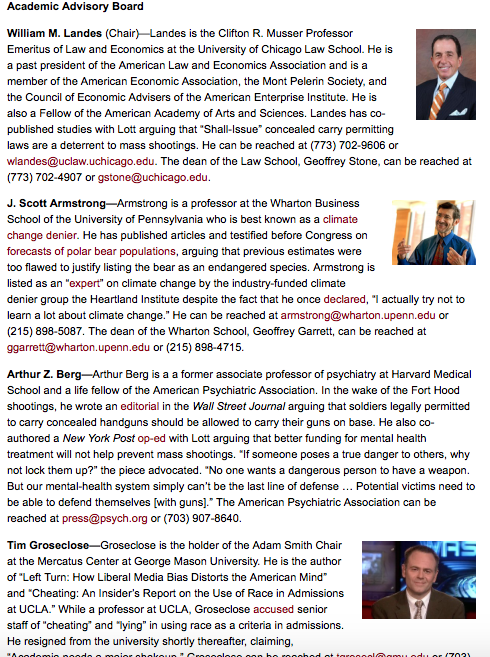