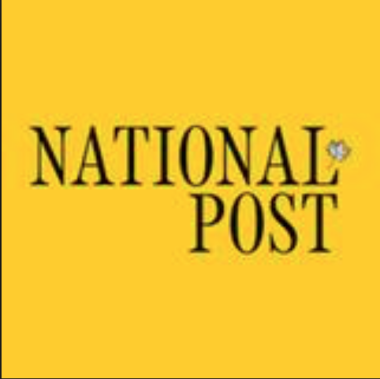 Dr. John Lott has a piece with Professor Gary Mauser from Simon Frazer University on the recent call to ban handguns. The piece starts this way:

It seems obvious: ban guns and there won’t be any gun crime.

After two people were killed and 13 injured in a July shooting in Toronto’s Greektown neighbourhood, Prime Minister Justin Trudeau ordered his government to assess the idea of “a full ban on handguns and assault weapons in Canada.” They are scheduled to finish the assignment by the end of the year.

Here is a simple question for Canada to answer: has a single place, anywhere in the world, ever seen its murder rate decline after banning all handguns or all guns?

We can’t find such a place.Every single time that guns have been banned, murder rates have gone up — often several-fold.

Handgun homicides continued to riseafter Canada’s 1995 ban on more than halfof all legally registered handguns. Americans tried to completely ban handguns in Chicago and Washington D.C., and saw murder and violent crime soar. Gun control advocates argued that these aren’t fair test cases because criminals could bring in guns purchased outside of city limits. But that argument can’t account for why rates of violence exploded in both places.

Murder rates have increased even when all guns or all handguns are banned in entire countries, even entire island nations. Murder rates more than tripled after Ireland’s 1972 ban. In Jamaica, they went up six-fold after a 1975 ban.

The reason is simple. When guns are banned, it is law-abiding citizens rather than criminals who turn in their firearms. And criminals can continue buying arms from drug gangs. If governments can’t enforce drug bans, there’s no reason to think that they can enforce gun bans.

Australia is a favourite example of gun control advocates, but guns weren’t banned there. The country’s buyback program causedmore than 700,000 firearms to be handed in and destroyed, reducing the number of legally owned guns from 3.2 to 2.5million between 1996 and 1997. But since then, the increase in privately-owned guns has outpacedpopulationgrowth by a factor of three. The number now stands at 5.8 million.

According to gun control advocates’ logic, Australia’s buyback should have been followed by a sudden drop in firearm homicides and suicides. After all, access to legal guns ought to have been greatly diminished. Gun control advocates would then have predicted a slow increase in firearm deaths as the ownership rate increased again. No such thing occurred. Firearm homicides and suicides were falling for 15 years prior to the buyback, and fell more slowly after the buyback. So there is no evidence that the buyback actually caused the fall, but it may look that way in the absence of historical context. Armed robbery rates rose after the buyback, and then slowly fell back down to pre-buyback levels as gun ownership increased. This is the exact opposite of what gun control advocates predicted.

The evidence for gun control is no more hopefulwhen it comes to preventing mass public shootings.

The United States Federal Bureau of Investigation defines a mass public shooting as an incident in which four or more people are shot to death in a public place, excluding gang fights and guerilla warfare. The murders also cannot have occurred in the commission of another crime such as robbery.

Whether we look at all countries or only at developed ones, we find that nations where gun ownership is more common tend to have lower homicide rates and lower rates of death from mass public shootings. That’s because armed citizens are able to defend themselves and stop attacks in crowded, public places. Every single mass public shooting on record in Canada has occurred in areas with gun prohibitions. In the United States, that’s true of 98 percent of attacks. It’s no wonder, since many mass killers intentionally pick targets where people can’t defend themselves.

Police are important in the fight against crime, but they almost always arrive after the crime has occurred. Depriving law-abiding citizens of firearms leaves us all more vulnerable to attacks.

The piece can be found at the National Post here.

UPDATE: From the Canadian Broadcasting Corp on January 18, 2019:

The federal minister tasked with studying a handgun ban for Canada hopes to make a recommendation to cabinet within the next two weeks.

Minister of Border Security and Organized Crime Reduction Bill Blair has spent the last several months consulting with stakeholders across the country, looking for ways to restrict access to firearms for gang members and other criminals. . . .

The Canadian government will be as successful in stopping criminals from getting guns as they have been getting drugs.

A reported 839,295 restricted firearms were registered to individuals or businesses in Canada in 2016, according to the RCMP. This obviously doesn’t include the underground restricted weapon market. . . .

The question is also how many of these restricted registered guns are used in crime.

← Senior staff links their work at Dick's to gun control advocacy, "Dick’s Sporting Goods Sales Hit by Tougher Stance on Guns," On the Michigan Talk Network: Discussing our Research on Mass Public Shootings around the world →