John Lott and Gary Mauser have a piece in the National Review on the end of Canada’s long gun registry.

Despite spending a whopping $2.7 billion on creating and running a long-gun registry, Canadians never reaped any benefits from the project. The legislation to end the program finally passed the Parliament on Wednesday. Even though the country started registering long guns in 1998, the registry never solved a single murder. Instead it has been an enormous waste of police officers’ time, diverting their efforts from patrolling Canadian streets and doing traditional policing activities.

Gun-control advocates have long claimed that registration is a safety issue, and their reasoning is straightforward: If a gun has been left at a crime scene and it was registered to the person who committed the crime, the registry will link the crime gun back to the criminal.

The statistics speak for themselves. From 2003 to 2009, there were 4,257 homicides in Canada, 1,314 of which were committed with firearms. Data provided last fall by the Library of Parliament reveals that the weapon was identified in fewer than a third of the homicides with firearms, and that about three-quarters of the identified weapons were not registered. Of the weapons that were registered, about half were registered to someone other than the person accused of the homicide. In just 62 cases — that is, only 4.7 percent of all firearm homicides — was the gun registered to the accused. As most homicides in Canada are not committed with a gun, the 62 cases correspond to only about 1 percent of all homicides.

To repeat, during these seven years, there were only 62 cases — nine a year — where it was even conceivable that registration made a difference. But apparently, the registry was not important even in those cases. The Royal Canadian Mounted Police and the Chiefs of Police have not yet provided a single example in which tracing was of more than peripheral importance in solving a case.

The problem isn’t just with the long-gun registry. The data provided above cover all guns, including handguns. There is no evidence that, since the handgun registry was started in 1934, it has been important in solving a single homicide.

Looking at just long guns shows that since 1997, there have been three murders in which the gun was registered to the accused. The Canadian government doesn’t provide any information on whether those three accused individuals were convicted.

Nor is there any evidence that registration reduced homicides. Research published last year by McMaster University professor Caillin Langmann in the Journal of Interpersonal Violence confirmed what other academic studies have found: “This study failed to demonstrate a beneficial association between legislation and firearm homicide rates between 1974 and 2008.” There is not a single refereed academic study by criminologists or economists that has found a significant benefit from gun laws. A recent Angus Reid poll indicates that Canadians already understand this, with only 13 percent believing that the registry has been successful.

The problem isn’t just that the $2.7 billion spent on registration over 17 years has produced no arrests, it is that the money could have been used to put more police on the street or pay for more health care or cut taxes. An extra $160 million a year pays for a lot of police or doctors or teachers.

Take police. Assuming each officer is paid $70,000 per year, $2.7 billion would pay for almost 2,300 officers annually. Academic research by one of us (Lott) indicates that adding that many street officers would reduce violent crimes in Canada by about 1,800. Registration isn’t getting Canadians any of this.

And the costs of running the registry aren’t just the $2.7 billion, since that excludes enforcement costs and individual compliance costs. The first step that police in Canada take in investigating a violent crime is to see if their suspects are licensed gun owners. But when Canada has 6.4 million registered gun owners, and police accuse only nine people of homicide each year whose registered guns were found at the scene of a crime, the return seems as close to zero as possible. It is also claimed that registration protects police officers’ safety, but homicide against Canadian police officers is actually up 20 percent since the long-gun registry started, compared with the rate during the previous decade. And more important, not a single police officer has been identified as being killed by someone with a registered gun.

Gun-control proponents have worried that scrapping the long-gun registry after so much has been invested in it would be a waste — “a $2 billion bonfire,” in the words of Gatineau member of Parliament Françoise Boivin. Unfortunately, that money is already wasted, and the registry costs kept growing. It costs about $100 million a year to operate. Instead of burning up more money, Canada can spend it on things that will actually do some good.

Some information on Canadian crime data is available here. 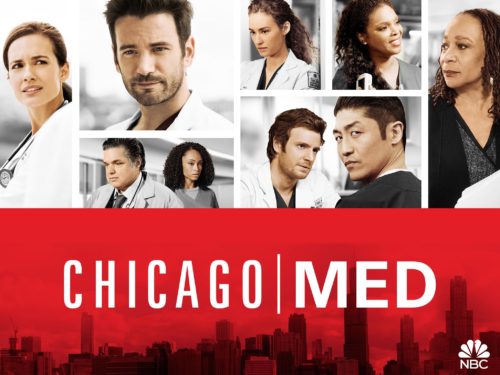 Television Show Bias against guns: On NBC’s Chicago Med Doctor’s gun gets stolen and it is used to shoot a young man