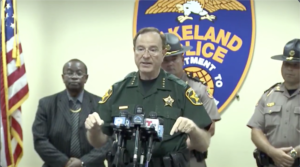 “The people in Polk County like guns, they have guns, I encourage them to own guns… And if you try to break into their homes to steal, to set fires, I’m highly recommending they blow you back out of the house with their guns.” 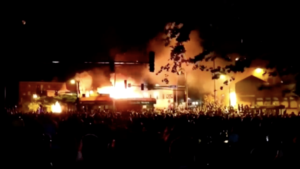 As rioting rampages through the Twin Cities in Minnesota, black store owners have had to themselves protect their stores. Some have tried with their bare hands, while others have used guns. For those who oppose private gun ownership, these riots show the need From the Wall Street Journal:

Minneapolis police have similarly taken a hands-off approach to this week’s rioting, which has destroyed roughly 130 local businesses, but the anger shows no sign of letting up. 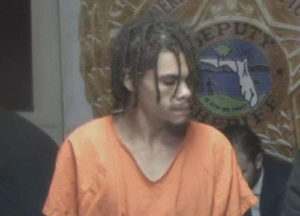 Police said Carter followed the victim outside after the victim finished eating and then punched the victim from behind in the parking lot of a nearby Popeyes, causing the victim to fall to the ground….

Cellphone video taken by a witness shows a good Samaritan, who identified herself to Local 10 News only as Lula, firing her gun during the incident in an effort to stop the attack…. 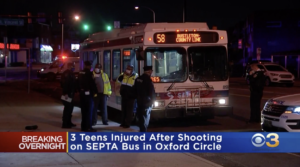 A concealed handgun permit holder shoots three young male attackers in the their legs. Two of the attackers were 16-years-old and one was 17. Story from CBS Philly on April 16, 2020:

A man opened fire inside of a SEPTA bus claiming he was being attacked by three teenage boys, police say.