In the Toronto Sun and other Post Media Newspapers in Canada: Trudeau’s gun ban won’t make us safer 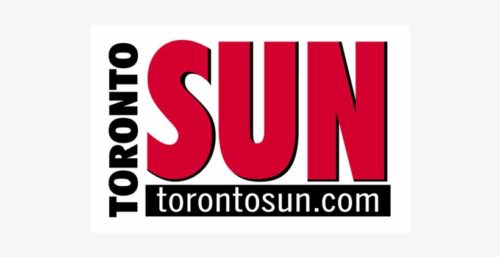 Dr. John Lott and Professor Gary Mauser have an op-ed in the Toronto Sun and other newspapers across Canada about Prime Minister Trudeau’s gun ban.

On Friday, Prime Minister Justin Trudeau immediately banned the sale of 1,500 models and variants of firearms.

Some of these guns are already banned, but the guns he banned are not the “military-grade assault weapons” that Trudeau warns of.

And in the wake of the horrific murders of 22 people in Nova Scotia on April 18 and 19, it isn’t surprising that public opinion is on his side. A recent Angus Reid Institute survey found that 78% of Canadians support a ban on “civilian possession of assault weapons.”

After all, who needs military-grade assault weapons? As Trudeau put it, “You don’t need an AR-15 to bring down a deer.”

It just looks like a military weapon, and Trudeau is playing off of people’s and the media’s ignorance about guns.

Indeed, Trudeau has exempted indigenous Canadians from his ban so they can continue hunting with them.

Usually, guns such as the AR-15 are called “military-style weapons.” They are similar to military guns in their cosmetics, but not in the way they operate.

The Canadian army uses select-fire rifles – the C7 and C8 – which can be switched to fire from semi-automatic to a fully-automatic (machine gun) mode of firing bullets. Canada banned the sale of machine guns to civilians back in 1978.

The AR-15 uses the same sort of bullet as small-game hunting rifles, fires at the same rapidity (one bullet per pull of the trigger), and inflicts the same damage.

The gun’s .223 inch rounds are banned for deer-hunting in most provinces and U.S. states. That’s because the small bullet is likely to prolong the animal’s suffering by wounding rather than killing it.

Contrary to Trudeau’s claims, no self-respecting military in the world uses these semi-automatic rifles.

Trudeau would at least be logically consistent if he proposed banningall semi-automatic rifles. But he has apparently decided to ban guns based on how they look rather than on how they function.

Semi-automatic firearms can be devastating weapons, but they also protect people and save lives.

Unfortunately, while police are extremely important in deterring crime, they virtually always arrive at crime scenes after the crime has already been committed.

It is the most vulnerable people, those who are weaker physically such as women and the elderly and those who are the most likely victims of violent crime, who benefit the most from owning guns.

The United States tried a ban that was similar to Trudeau’s proposal, and it produced no benefits.

Since the Federal Assault Weapons Ban expired in September 2004, murder and overall violent-crime rates have fallen.

Even a study sponsored by the Clinton administration (which imposed the ban) found: “The evidence is not strong enough for us to conclude that there was any meaningful effect (i.e., that the effect was different from zero).”

It doesn’t help Trudeau’s solution of banning guns that countries with most guns tend to have the lowest per capitarate of mass public shootersand lower homicide rates.

Trudeau claims: “These weapons were designed for one purpose and one purpose only: to kill the largest number of people in the shortest amount of time.” But he completely ignores that guns can help protect people from violent crime.

After he retired from politics, former prime minister Pierre Trudeau asked the RCMP for a special exemption that would allow him to carry a handgun for protection. It’s unclear whether his request was ever approved. . . .

The rest of the piece is available here. A letter to the editor was published here:

Re “PM’s shot in the dark” (John R.Lott Jr. and Gary Mauser, May 7): I am having trouble understanding the logic behind Trudeau’s announcement on the prohibition of certain weapons. Trudeau said that these firearms have no place in Canada and yet the ban does not apply to indigenous Canadians. The government is concerned that these rifles may be used in a crime and yet allow the current owners to keep these firearms for two years. If the government is concerned that the legal owners of these firearms will commit crimes with them, why allow them to keep the guns for two years? What happens after two years? The current firearms legislation makes it illegal to carry a handgun unless you are on the way to a range or on the way home. There are regulations regarding the transport of these firearms. The murders committed regularly in Canada by handguns are committed by persons who are already breaking the law prior to the shooting. It would be a good idea to enforce the current legislation regarding firearms before bringing in new laws.

← On the Larry Elder Show: Canada's push to ban the non-existent "military-grade assault weapons" On The Bill Martinez Radio Show discussing the real costs of the lockdowns from Coronavirus, the Public Health people not understanding trade-offs →