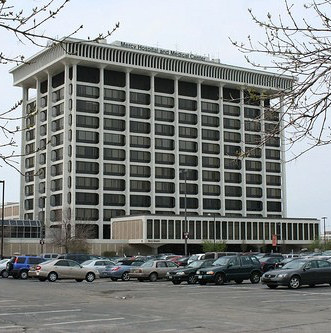 Another Mass Public shooting in yet another gun-free zone: Chicago’s Mercy Hospital

A police officer and two others were murdered at Chicago’s Mercy Hospital today. One person was killed outside the hospital and the other two were killed inside it. The killer, Juan Lopez, was himself killed, though it isn’t yet clear if he took his own life or was killed by police.

Unfortunately, this attack occurred in yet another gun-free zone. Permitted concealed handguns are banned in public or private hospital or hospital affiliate, mental health facility or nursing home. In 2014, there was an attack that likely would have turned out the same way if a doctor at Mercy Fitzgerald Hospital in Derby, Pennsylvania hadn’t been carrying his permitted concealed handgun.

Yet, the media refuses to point out that this was yet another attack that occurred in a gun-free zone. As usual, we could not find a single news story that mentioned this attack occurred where people were not allowed to have guns for protection. The media focused on such things as the type of gun was used (e.g., a handgun here and here).

Ironically, NBC’s Taken tried to convince viewers that gun-free zones at hospitals are fine, that criminals will obey them.

Technically this attack doesn’t meet the traditional FBI definition of a mass public shooting because fewer than four people were killed.