. . . around 11 p.m. on Sunday night. investigators say two men approached 38-year-old Luis Enrique Alonso in front of his home as he was unloading groceries.

The suspects grabbed Alonso, and one of the suspects pointed a silver handgun at him. Alonso grabbed the suspect’s gun and a brief struggle ensued.

. . . “Freeze!” Scott Perkins yelled as he pulled out his concealed handgun, pointing at the suspect.

“I’m alive today because of him,” the deputy, 23-year-old Dylan Dorris said Wednesday, reflecting on the events surrounding a disturbance call outside a Bastrop County gas station Jan.

This attack occurred at 9 PM in Virginia Beach, Virginia on Tuesday, January 26, 2016.  From WAVY.com:

Police have arrested three men in connection with a robbery that happened in the parking lot of a McDonald’s Tuesday night.

The pictures are from WHAS ABC Channel 11 in Louisville, Kentucky.  The attack occurred on Tuesday, January 26th, 2016.  From WVIH.com:

According to Louisville Metro Police Department spokeswoman Alicia Smiley, a woman was sitting in her vehicle in the parking garage near the intersection of 5th and Jefferson Streets when a man with a knife approached her then demanded money and her purse, around 6:15 p.m.

Columbia, South Carolina, January 23, 2016, From The Herald (the video is from the CCTV at the barber shop):

. . . Bookman and one of his customers drew their weapons as the robbers were taking money from customers and employees. They fired shots that left one of the suspects dead and sent another on the run just before 7 p.m.

In reading these stories note that with the total cost of getting a permit in Illinois is about $500.  By contrast, in Indiana it is $49.95.  Chicago would be hearing a lot more stories if more people could afford getting a permit.

A Warner Robins man told police that he shot and killed a man who tried to rob him.

According to police, it happened around 8:10 p.m. on Christmas night on the 100 block of Oakridge Drive.

. . . Antonio Bagley, 29, told [police] Jerrell Walker tried to rob him so he fired his pistol at him. 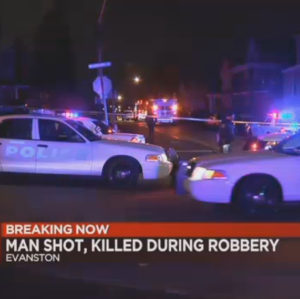 A Calumet City resident prevented a gunmen from robbing him by pulling out his gun and firing it at the would-be robber, Midlothian police reported.

The 68-year-old man, who has a concealed-carry gun permit, told police that a man tried to rob him and his 9-year-old son Dec.

From Fox 5 in Atlanta:

“Help, he is trying to kill me, help me, help me.” Those are the chilling words Karen Duncan heard as she walked up her friend’s driveway in Lawrenceville Monday afternoon.

From the St. Louis Post-Dispatch about an incident in North St. Louis County:

Police say three contractors for ADB Utility Co. were working on water lines near that intersection when an armed robber approached two of the workers who were standing near a company truck.

The robber took wallets from the two men, 49 and 58 years old, at gunpoint before turning his attention to a third man, 22, nearby, police said.