Media Bias: The news media keeps calling the riots that destroyed poor parts of Kenosha “protests,” completely ignored is that Rittenhouse was in the poor, minority area of the city to help out 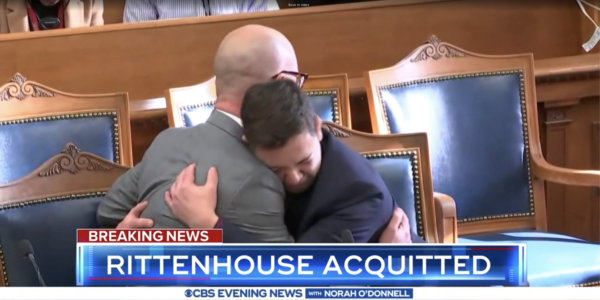 The attached video from ABC, CBS, & NBC Evening News broadcasts on November 19th to announce the verdict in the Kyle Rittenhouse case shows a typical example of the media calling the rights “protests” and avoiding saying anything about Rittenhouse being attacked before using his gun. NBC at least went as far as saying that there were “protests and unrest.” These networks all had longer discussions after this introduction, but the gist of it was similar.

Not only were the “protests” actually violent riots, there was something that the mainstream media did not want Americans to know. The part of the Kenosha that Kyle Rittenhouse was protecting was “the poor, multi-racial commercial district, full of small, underinsured cell phone shops and car lots.” Is that where “white supremacists,” as President Biden called Rittenhouse, go to help people?

How do we know that the media knew that? A former reporter for the New York Times, Nellie Bowles, put up a post at Substack that discussed the bias in reporting on the riots. Bowles said she was sent to report on the “mainstream liberal argument … that burning down businesses for racial justice was both good and healthy. Burnings allowed for the expression of righteous rage, and the businesses all had insurance to rebuild.”

“It turned out to be not true,” Bowles wrote. “The part of Kenosha that people burned in the riots was the poor, multi-racial commercial district, full of small, underinsured cell phone shops and car lots. It was very sad to see and to hear from people who had suffered.”

Bowles said she filed her story, and editors told her it would not run until after the election, citing “space, timing, tweaks,” according to her post. The piece eventually ran after Joe Biden won the election, Bowles said. “Whatever the reason for holding the piece, covering the suffering after the riots was not a priority,” she wrote. “The reality that brought Kyle Rittenhouse into the streets was one we reporters were meant to ignore.”

Of course, ABC, CBS, NBC, and the New York Times weren’t the only examples of biased news coverage. Other cases were even much more blatant. Here are a couple discussions dealing with MSNBC and CNN. The quotes in the last three videos below are just so over the top. BTW, in the second to last video from CNN, George Zimmerman was Hispanic. He shot Trayvon Martin, when Martin was on top of Zimmerman and bashing Zimmerman’s head into the concrete sidewalk. The last video from MSNBC shows a particularly eghow incredibly dishonest the discussants are. Rutgers Professor Brittney Cooper: “Today what we were told was that white self-defense trumps everybody else’s sense of safety and protection. Even when white folks are carrying the gun and they are under no threat at all. As Kyle Rittenhouse admitted himself, he was not threatened. He didn’t think that there was a threat. He came there to intimidate, and he was allowed to do so.”

Rittenhouse Attorney: I can say this, much of the coverage at the beginning was wrong the trial proved that but just in the last two weeks, you know people might not believe this, but I watch MSNBC CNN I’m not a big fox guy and you know. When I hear Joe Scarborough saying that my client shot his gun 60 times that’s wrong. When I hear some you know guest host on the Joy Reid show say that my client drove four hours to go to a riot with his AR that’s wrong. It’s false, and it makes me angry that they can’t take the time to at least get the generic basic facts correct and because it didn’t fit in the story that they wanted to tell.

Joy Reid: What I am concerned about is the precedent this sets for what people will believe that they can do under law when Black Lives Matter protests happen in the future and people may use this as an excuse to go out of state and do what he did and get away with it. And in some cases getting away with it.
Next Speaker: I want to keep on that point, Joy. Paul, that’s the first thing that occurred to me after this ruling is oh, well, okay, now it’s open season. Like, if I’m walking around and I’m a white nationalist, coward little kid with an AR-15, and I see someone drive by with a Black Lives Matter bumper sticker and I feel threatened, I can open fire. If I go by a youth group chanting standing outside the local Target and I feel threatened, I can open fire.

Van Jones: Well, um, I – I do respect the jury system and I – I appreciate what the president had to say. But there was a reason that people are upset. And it’s that there is a bigger context here. Um, this idea of white vigilante violence is something that we have to wrestle with and it may not be – be done in one single court case but we have got a pattern now. Where white men feel that they have the right to enforce the law, themselves. When you look at Ahmaud Arbery. When you look at this case. When you look at Trayvon Martin. When you look at the white mob that attacked the capitol. That somehow, there is a group of people that thinks they have the right to take the law into their own hand, they can leave their home with guns and enforce their vision of the law on other people. That is a big problem. And whatever we could say here talking about the legalities of it, there is a context right now on social media. The people who are celebrating this – many of them are just good folks who believe in gun rights. But there is a dark edge of people celebrating this that see this as a green light for this type of activity. And I think we have got to take a good look in the mirror now. Do we want to, in total, continue to allow and to encourage this activity from only one section of society? You don’t see other groups going out with guns and imposing their vision of the law on other people, but this group continues to.

Rutgers Professor Brittney Cooper: “The depth of my rage today are almost uncontainable. I don’t know how much brazen hypocrisy we’re supposed to take in the name of the law. We live in a country that said slavery and lynching and segregation was legal. Today we’re asked to say it is legal and respect the rule of law because a white boy deputized himself, went out, terrorized people that were using their constitutional right to protest. But there’s another thing to say about this. This is also white America’s reckoning with which version of whiteness is it going to choose, is it going to choose to be in the legacy of the confederacy, about oppressing people, or will it choose whiteness in the legacy of the union, about saying there are principles greater than the idea that we get to sub Joe debate people. When folks say this can’t be about racism because the victims are white, no. There have always been white victims of white supremacy. Andrew Goodman, Michael Cheney wasn’t white, but the other two were, they were killed as allies against the white supremacist assault on black life. . . . Today what we were told was that white self-defense trumps everybody else’s sense of safety and protection. Even when white folks are carrying the gun and they are under no threat at all. As Kyle Rittenhouse admitted himself, he was not threatened. He didn’t think that there was a threat. He came there to intimidate, and he was allowed to do so.” 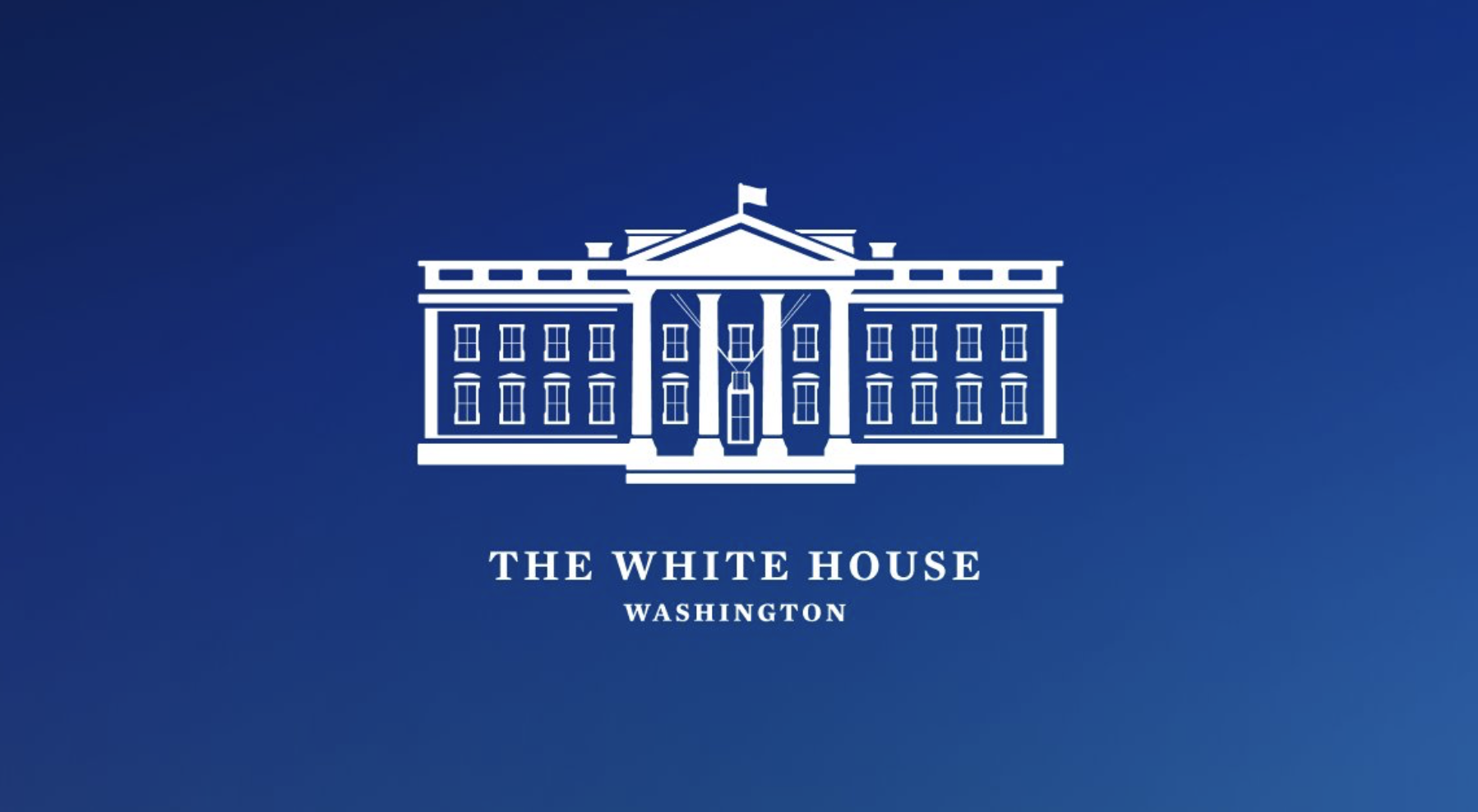 Biden’s reaction to the verdict: “While the verdict in Kenosha will leave many Americans feeling angry and concerned, myself included, we must acknowledge that the jury has spoken.”

Last year, Biden accused Kyle Rittenhouse of being a white supremacist. As shown above, it is a claim that is being echoed throughout the media.

← On The Power Hour: On topics from the SCOTUS Concealed Handgun Case and Vote Fraud On Cincinnati's Giant WLW-AM: The Supreme Court takes up an Important Second Amendment Case →