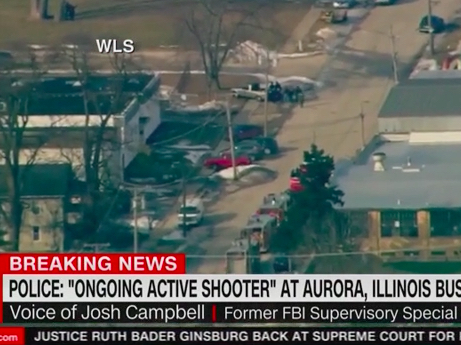 Yet another Mass Public Shooting in another Gun-free zone: at the Henry Pratt Company in Aurora, Illinois

“Did you ever see him with guns at work?” the anchors asked Probst [an employee at the company] about the shooter.

“No. We are not even supposed to have any guns at work.” He said.

Reportedly, five were murdered in the attack at the Henry Pratt Company in Aurora, Illinois. This attempted mass public shooting occurred in yet another gun-free zone. 98% of mass public shootings since 1950 have taken place in areas where people can’t defend themselves.

For a comparison to mass public shootings around the world, see here and here.

UPDATE: The killer, Gary Martin, has been identified, and he has a violent felony record: “Martin has a criminal background, and that he was convicted in 1995 for aggravated assault, a felony, in Mississippi.”

In the picture below, the name of the Henry Pratt Company can be seen on the back wall. The “no guns” sign can also be clearly seen on the door. 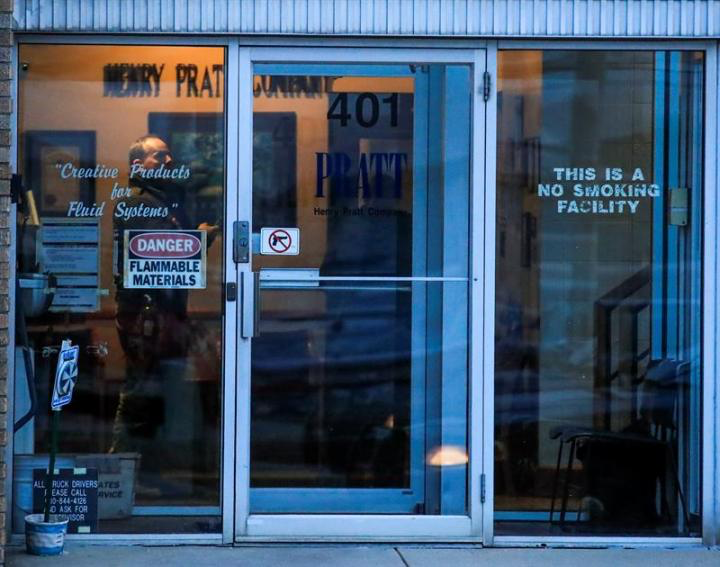