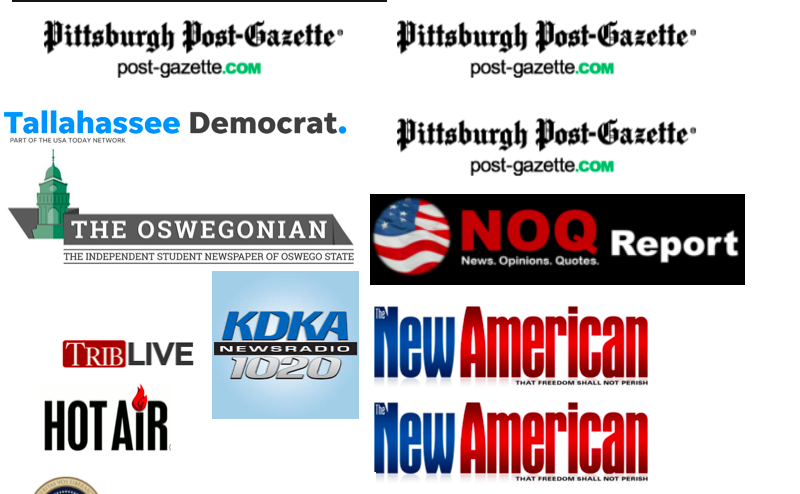 CPRC in the News: Pittsburg Post-Gazette, Pittsburgh Tribune-Review, Tallahassee Democrat, Reno Gazette-Journal, KDKA, and many others

Currently, teachers in 28 states can carry firearms, according to the Crime Prevention Research Center, a conservative nonprofit organization. District approval is required in most states and restrictions and training requirements vary. . . .

There are currently 28 states that allow teachers to carry firearms, according to a conservative nonprofit organization called the Crime Prevention Research Center. . . . 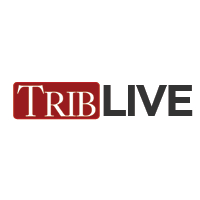 “Can you name any place in the world that’s banned guns and seen murder rates go down?” asked Lott, who has conducted extensive research on firearms and crime. “Every single time, where we have data before and after the ban, murder rates have gone up. The point is that gun bans haven’t stopped people from being able to get guns.” . . .

Citing federal law enforcement statistics as well as homicide rates from countries around the world, Mr. Lott argued that firearm regulations do not stop mass shootings.

“When we have people planning that far in advance, it’s very hard to stop them,” he said.

He also criticized the city’s proposed “extreme risk” bill, which would allow family or household members to petition law enforcement to temporarily remove firearms from a person under limited circumstances.

Fourteen states have implemented such measures, and some Pennsylvania lawmakers have expressed interest.

“You have by far the lowest standards for taking away people’s guns,” he said to council.

Mr. Lott published an analysis in 2018 stating that “extreme risk” laws have “no significant effect” on murder, suicide, mass shootings or other violent crimes — though he said there’s “some evidence” that rape rates rise. . . . 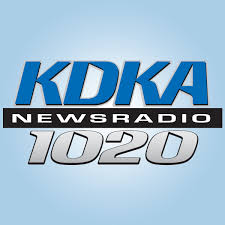 Pointing to information presented by economist Dr. John Lott, Stolfer says society fails to see “that people that want to cause us harm look for the areas where people can’t fight back. He showed repeated examples of mass killers that avoided all kinds of other events and localities were there was a large gathering of people but selected an area specifically because there was a no gun policy.” . . .

Ms. Harris’ office paid $797 from its discretionary budget to fly John R. Lott, Jr., an economist whose research has supported gun rights, and founder of the nonprofit Crime Prevention Research Center, to present at the meeting.

Council President Bruce Kraus said it is commonplace for council to pay travel expenses for speakers at special hearings.

Mr. Lott’s publications — with which Ms. Harris said she is not familiar — include “The War on Guns: Arming Yourself Against Gun-Control Lies” and “More Guns, Less Crime,” among several other books and articles.

“I didn’t see [the speakers] as opponents,” Ms. Harris said. “I just thought they were giving feedback on mental health and statistics.”

Carl Moody, economics professor at William & Mary College, is listed as Mr. Lott’s organization’s research director. He could not be reached via email or phone Wednesday. . . .

“When states have adopted these background checks, they have experienced a 15 percent increase in per capita rates of mass public shooting fatalities,” Lott wrote to The Hill (“Bloomberg’s claims on gun control fail to match the facts,” Feb. 26,2018). “They also have seen a 38 percent increase in the rate of injury from these attacks. There is no evidence that the expanded background checks reduce rates of any type of violent crime as well as mass public shootings, suicide, murder of police officers and domestic violence against women.” . . .

Dr. Finnell pointed to research published in 2018 by an economist and gun rights advocate, John R. Lott Jr., that states, “These laws apparently do not save lives,” citing “no significant effect” on murder, suicide, mass shootings or other violent crimes — though Mr. Lott points to “some evidence” that rape rates rise. Mr. Lott heads the gun-rights advocacy organization Crime Prevention Research Center. . . .

More and more women are purchasing and obtaining permits to carry firearms.

In a KRCG 13 special report, Megan Sanchez explains what the growing trend means for the industry, and she spoke with mid-Missouri women about the importance of women’s self-defense. . . .

One important feature of this study is that it’s only looking at people who have definitely been convicted of a crime, not simply arrested or suspected. Also, as I noted above, this study draws a distinction between legal immigrants (who arguably have the lowest rate of criminal convictions) and illegal aliens. A previous Arizona study done by John Lott found the same thing, though with a smaller population sample. . . .

Researcher John Lott explained last year in an article for The Hill how expensive licenses and fees for carrying weapons burden minorities and other vulnerable groups. . . .

But it was John Lott, president of the Crime Prevention Research Center, who went one step further: examining how CCW holders behave when compared to police. He concluded that “concealed handgun permit holders are extremely law-abiding,” adding, “In Florida and Texas, permit holders are convicted of misdemeanors and felonies at one-sixth of the rate at which p. . .olice officers are convicted.

Estimates of DGUs vary, from 50,000 to nearly five million every year. Most estimates likely understate how often a citizen is able to prevent a crime by the mere presence of a legally owned firearm. As John Lott, author of More Guns, Less Crime and The Bias Against Guns, noted, “In many defensive cases a handgun is simply brandished and no one is harmed [and so] many defensive uses are never even reported to the police.” . . .

These areas would include, but not be limited to: schools, universities, school buses, churches, hospitals, day cares, voting precincts, restaurants, amusement parks and sports arenas. This bill also seeks to allow conceal and carry at government meetings which are currently gun free zones, except the law does not apply to government officials, they can legally carry to defend themselves, if they so choose.

According to the Crime Prevention Research Center, 96.2 percent of mass public shooting attacks happened in gun free zones between 1998 and 2015.

Rep. Taylor said gun-free zones give criminals the upper hand because law abiding citizens are forced to disarm themselves. . . .

BuzzFeed has been responsible for distributing two of the biggest fake news stories over the past three years. Perhaps blame for the Leftmedia outfit’s checkered history of promoting fake news can be laid at the feet of its CEO, Jonah Peretti. As Second Amendment advocate John Lott explains, Peretti is a man “who has a history of knowingly spreading false information. He has used fraudulent websites and email accounts to pose as people he wishes to defame.” And Lott further notes, “I was one of his victims.”

Lott tells the story of how Peretti created a website and email account designed to falsely impersonate him. “Pretending to be me,” Lott writes, “Peretti sent out hundreds of thousands of emails lobbying against the proposed ‘Protection of Lawful Commerce in Arms Act.’ This bill, which was being debated at the time (it ultimately passed in 2005), protected gun makers from abusive lawsuits that were solely designed to put them out of business with overwhelming legal fees. Peretti even purchased advertising for his fake website on Google, and the advertising promoting ‘me’ appeared at the very beginning of any search result on my name.”

Lott continues, “I was already relatively well-known in 2003 to those who care about the gun control debate because of my book ‘More Guns, Less Crime.’ Peretti sent emails under my name to convince people that I had changed my mind and come out against the act. The emails then urged people to ask their congressmen and senators to oppose the bill.” . . .