At The Daily Caller: Did You Read Obama’s Essay Commending Student Gun Control Enthusiasts? It Was CRINGE-INDUCING

For those who may have forgotten, Barack Obama reminded many last week what made him such a polarizing president.  In a Time magazine essay commending student gun control activists, Obama resorted to his typical name-calling and false statements.

The former President sympathized with students who “see the NRA and its allies—whether mealymouthed [sic] politicians or mendacious commentators peddling conspiracy theories—as mere shills for those who make money selling weapons of war to whoever can pay.”  Trump has never used even remotely similar language to attack gun control proponents.

Obama complained, “The Parkland, Fla., students don’t have the kind of lobbyists or big budgets for attack ads that their opponents do.”

In fact, it is the gun control groups who have the big dollars.  In 2016, according to OpenSecrets.org, the NRA spent almost $3.2 million on lobbying and another $1.1 million on donations to federal candidates running in that election cycle.  By contrast, over that same period, Michael Bloomberg’s Everytown for Gun Safety spent $1.4 million lobbying and Bloomberg himself gave almost $24 million in direct donations to federal candidates.  Bloomberg also easily outspent the NRA on state and local elections.  He spent $28 million  just on two state gun control ballot initiatives.

Contrary to Obama’s characterization of these students as disadvantaged, they easily spent over $9 million for their March 24 “March for Our Lives” event. They still have several million dollars left over. No airline has ever given free flights to NRA members, but Delta did just that for students attending the “March for Our Lives.” There were also all sorts of other in-kind donations from free hotel rooms, Lyft car rides, and food.

But Obama’s claims regarding crime are even more troubling.  He writes: “No developed country endures a homicide rate like ours, a difference explained largely by pervasive accessibility to guns.”  He is wrong on a few fronts.

1. Often, gun control advocates such as Obama look only at countries that they define as “developed.” Sometimes they’ll pick out a small number such as 12 or 14. The Organization for Economic Cooperation and Development (OECD) is the club of 38 developed countries.  Obama ignores countries such as Chile and Estonia, which have homicide rates similar to ours.  And he definitely leaves out nations such as Russia and Brazil, which have homicide rates that are 3 to 5 times higher.

2. Countries with the most guns possessed by civilians have the lowest homicide rates. This holds true for developed countries.

3. After every single ban on handguns or on all guns generally, homicide rates have risen — usually by large amounts.

Obama thinks that the gun control debate will change as young people in high school “reach voting age.” But if surveys by USA Today, Gallup, and Reuters are correct, this may be only a pipe dream.

Although a large majority of Americans supported gun control after the Florida high school attack, a USA Today poll showed that just 47% of 13 to 17-year-olds thought that “tightening gun control laws and background checks will prevent more mass public shootings in the United States.” 54 percent of 18 to 24-year-olds felt the same way.  Gallup editor-in-chief Frank Newport noted: “Young people statistically aren’t that much different than anybody else.”  And Reuters found that young people between 18 and 29 were by far the least supportive of gun control measures such as banning “military-style assault weapons” or semi-automatic guns.

Obama claims that “a Republican Congress remains unmoved” by the tragedy in Florida and other mass public shootings.  He is unwilling to admit that everyone wants to stop these attacks, and may simply disagree on how to do that.

A recent Rasmussen poll found that 59 percent of people with school-age children support a policy that Obama strongly opposes: arming teachers.  Would Obama really want to argue that these parents are just “shills” for the gun industry?  That they don’t really care about the safety of their children. . . . 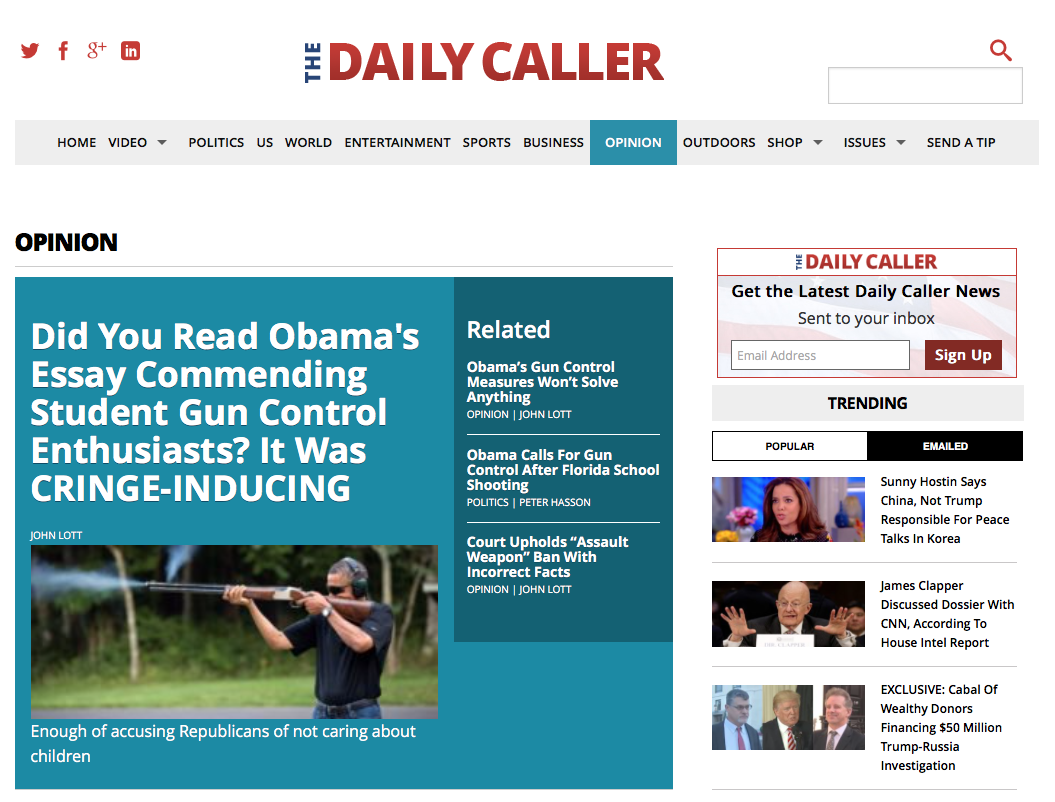