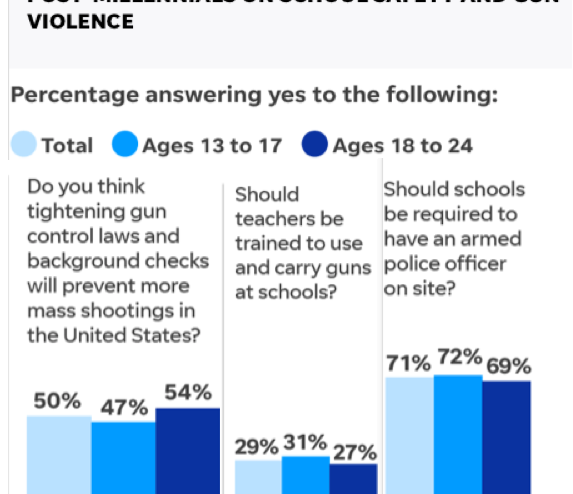 With the “March for Our Lives,” how monolithic are young people on gun control issues?

If you listen to CNN or MSNBC, one would think that all young people have the same views on this topic.  It isn’t obvious that these young people know that much about guns or gun control, but they are deeply involved in the current debate.  A USA Today survey from March 14 to 20, 2018 surveyed 1,112 young people online.  Given the popular perception, it is interesting to see that only 50% of young people thought that “tightening gun control laws and background checks will prevent more mass public shootings in the United States.”  By contrast, 61% of all voters agreed with that statement.

While only 31% of 13 to 17-year-olds think that teachers should be trained to use and carry guns at school, it is still probably more than the media gives people the impression of.