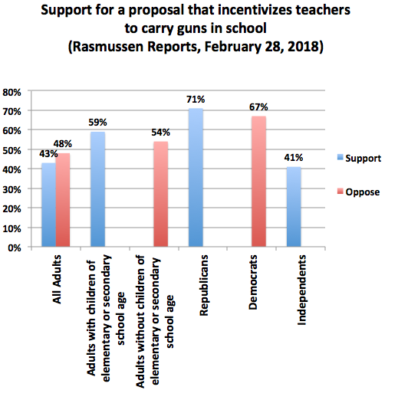 With teachers and staff carrying concealed handguns in certain school districts within 18 states, much of the country has gotten used to the idea.  In the aftermath of the Florida high school shooting, a couple of surveys have been done on Americans’ views on arming teachers.  While a Rasmussen Reports poll shows that people oppose giving teachers incentives to carry by a 48% to 43% margin, there is actually strong support among those adults who presumably care most about the issue — parents with school-age children.  59% support of these parents support schools giving incentives to teachers who carry concealed handguns.

A recent CBS News Poll from the end of February 2018 showed that opinions were pretty closely divided, with 44% supporting teacher-carry and 50% opposing it.  Liberal Greg Sargent at the Washington Post reacted to this survey with the headline: “A frighteningly large number of Americans support arming teachers.”  The Rasmussen and CBS polls ask slightly different questions: asking whether they support incentives for teachers to carry or having teachers carry.  But given how similar the overall responses are and that they gave these two surveys at the same time, it seems likely that those taking the surveys interpreted the questions the same way. 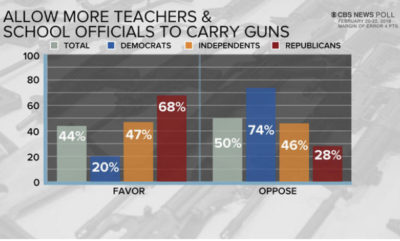 Teachers, on the other hand, are opposed to the idea by a fairly large, 3.5-to-1 margin.  That survey was also done after the Florida high school shooting.  Given how people’s views on guns mirror their general political views, these results should not be very surprising.  Teachers tend to be very liberal, while parents of school-age children tend to be relatively conservative.

The recent Rasmussen and CBS News polls appear to show that the margin of opposition is narrowing.  Last April, a Pew Research Center survey found a wider 55% to 45% margin — about twice the margin of the more recent polls. 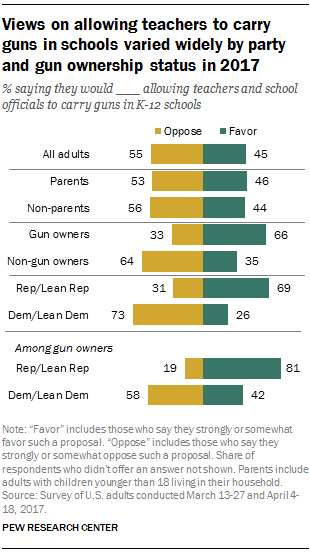 Police have been much more supportive of letting teachers carry.  PoliceOne surveyed its 450,000 members and found that 77% support arming teachers and school administrators. 86% of officers responded that abolishing gun-free zones, such as the one at Newtown, would reduce or possibly even eliminate casualties from school shootings. 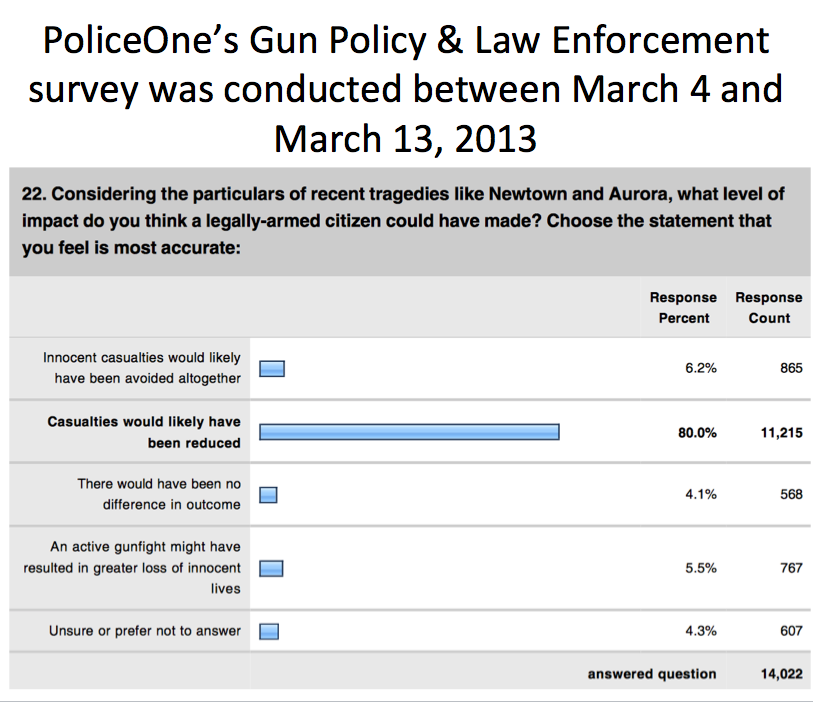 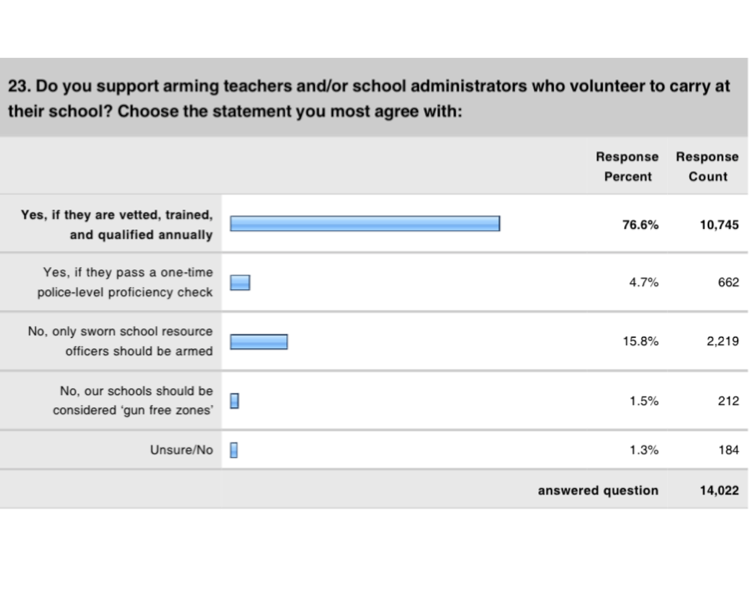 UPDATED: Rasmussen released a new survey on December 24, 2018, and found support by parents with kids for armed teachers had declined but was still preferred by more parents (it was conducted on December 18th and 19th, 2018).

A new Rasmussen Reports national telephone and online survey finds that 49% of American Adults with children of elementary or secondary school age favor a proposal to have trained teachers with guns in the schools. Forty percent (40%) are opposed, while 10% are undecided. However, support is down from 59% just after the Valentine’s Day shooting at Marjory Stoneman Douglas High School . . . .

The survey question was: “A proposal has been made to give bonuses to teachers who are specially trained to have guns in schools to protect themselves and others. Do you favor or oppose a proposal to have trained teachers with guns in the schools?”