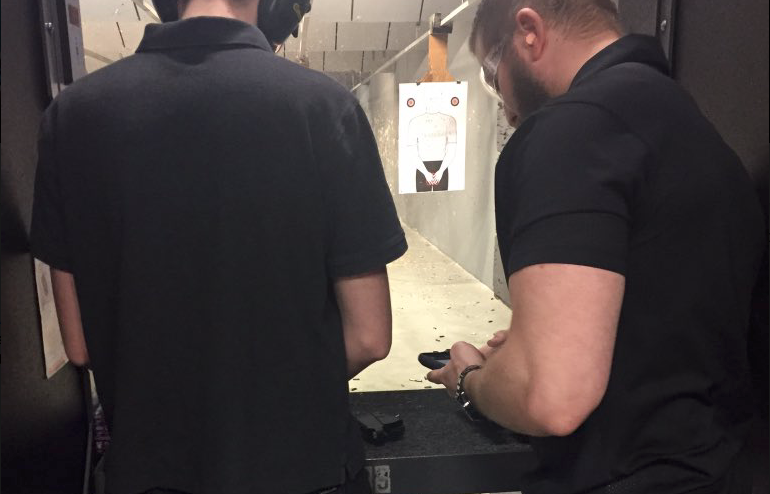 In Florida and New Jersey students have been punished for going to a gun range outside of school hours.  In New Jersey this week, a school suspended two students who posted pictures of them going to gun range last weekend.

A New Jersey school district that allegedly suspended two high school students this week over a gun photo taken during a family visit to a private shooting range is facing community backlash and the threat of a lawsuit over district policies.

The photo of four rifles, magazines and a gun duffel bag was shared by one of the students on the social media app Snapchat with the caption “fun day at the range,” according to Lacey Township resident Amanda Buron, a family friend of one of the students. . . . .

The Association of New Jersey Rifle & Pistol Clubs letter cited the rule stating students could be suspended for up to a year if they are “reported to be in possession of a weapon of any type for any reason or purpose on or off school grounds.” . . .

Meanwhile in Florida at the Stoneman Douglas High School, Kyle Kashuv, who has been outspoken in support of people’s right to self-defense, went shooting at a gun range with his father.  See picture above.  According to Kashuv, this trip with his father caused him to be pulled out of class and interrogated by school security officers and a Broward County Sheriff deputy.  Kashuv was not allowed to record the interrogation.

Near the end of third period, my teacher got a call from the office saying I need to go down and see a Mr. Greenleaf. I didn’t know Mr. Greenleaf, but it turned out that he was an armed school resource officer. I went down and found him, and he escorted me to his office. Then a second security officer walked in and sat behind me. Both began questioning me intensely. First, they began berating my tweet, although neither of them had read it; then they began aggressively asking questions about who I went to the range with, whose gun we used, about my father, etc. They were incredibly condescending and rude.

Then a third officer from the Broward County Sheriff’s Office walked in, and began asking me the same questions again. At that point, I asked whether I could record the interview. They said no. I asked if I had done anything wrong. Again, they answered no. I asked why I was there. One said, “Don’t get snappy with me, do you not remember what happened here a few months ago?”

They continued to question me aggressively, though they could cite nothing I had done wrong. They kept calling me “the pro-Second Amendment kid.” I was shocked and honestly, scared. It definitely felt like they were attempting to intimidate me.

I was treated like a criminal for no reason other than having gone to the gun range and posted on social media about it. . . .

To give you an idea of where Kyle Kashuv is coming from, you can follow his Facebook page where he has retweeted discussions of our work (link to his retweet is here). 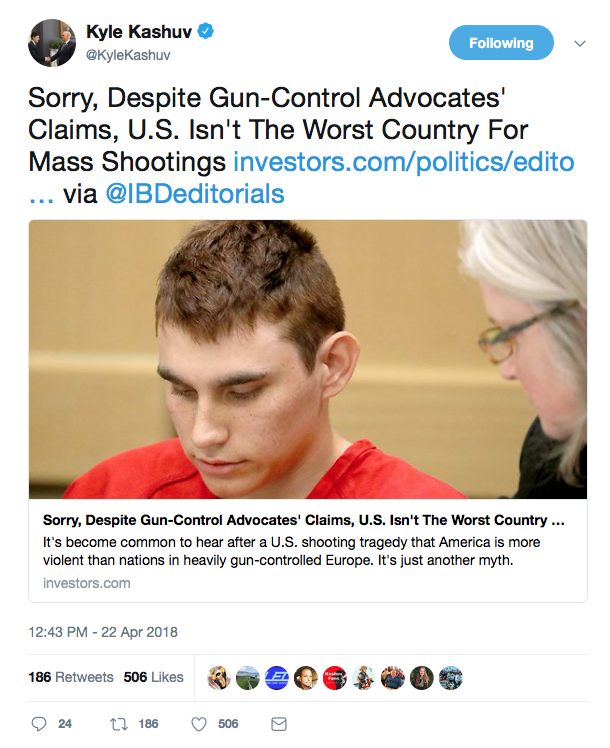