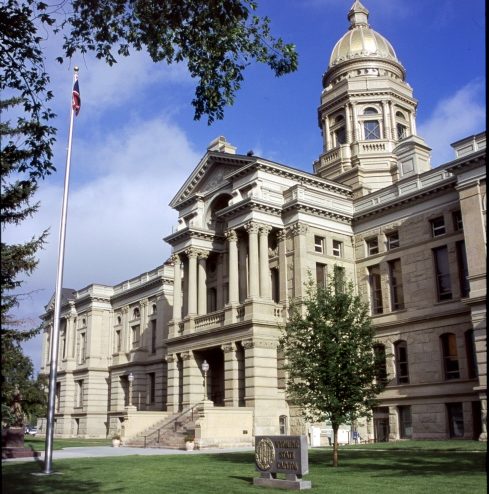 On Wednesday the Wyoming Senate Judiciary Committee passed two bills: House Bill 136, which would allow concealed carry on college campuses, including athletic events, without prior approval from the college, and House Bill 137, which would allow concealed carry at any meeting of a government body on public property, including the state Legislature.  Two years ago when this legislation came up, it died in the Senate Education Committee.  From what the CPRC understands, this legislation seems all but certain of now passing the full state Senate and being signed by the governor.  From the Casper Star Tribune:

After hearing nearly two hours of public testimony, a Senate committee endorsed two proposals that would allow people with concealed-carry permits to take weapons onto Wyoming college campuses and to state and local government meetings.

The Senate Judiciary Committee voted 4-1 Wednesday to send House Bills 136 and 137 to the full Senate for additional debate. The bills have already passed the House.

Supporters of the two proposals say law-abiding citizens who must meet stringent requirements to earn a concealed-carry permit shouldn’t have their rights infringed upon. They say the measures would improve self-defense in active shooter situations. . . .

no one on the Senate committee proposed any changes from the House versions.

This would make Wyoming the 19th state that allows concealed carry in state capitols.  And, while there is some debate on the number of states that mandate campus carry for permit holders, the National Conference of State Legislators says 10 states (Colorado, Idaho, Kansas, Mississippi, Oregon, Texas, Utah and Wisconsin for all permit holders and Arkansas and Tennessee for faculty) and the New York Times says 12 states (they listed 9 states in February 2015, but since then you have Kansas, Tennessee, and Texas).

UPDATE: The first reading on the Senate floor looks likely for the end of next week.  The problem with that delay is if the bills are amended, it will be difficult to reconcile them with the House versions before the end of the session.  We will know within a week if they get this passed.  Yet, it does seem likely that the bills wouldn’t be allowed out the Senate committee if trouble was expected.

UPDATE: Unfortunately, the bills eliminating some gun-free zones in Wyoming died in the state Senate.