CPRC testifies before the Wyoming State Senate on Gun-Free Zones 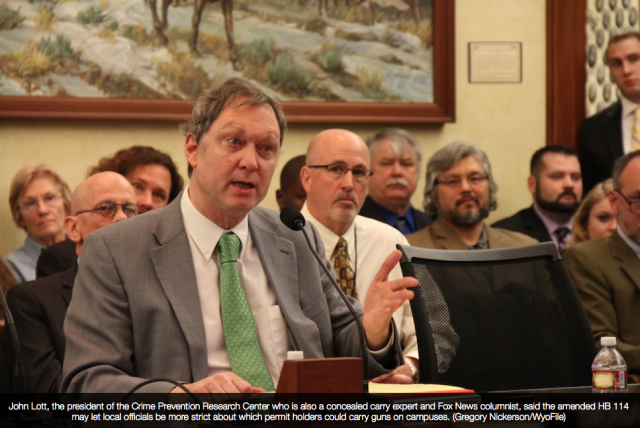 John Lott was the lead witness to testify before the Wyoming state Senate Education Committee about a bill to eliminate gun-free zones in government buildings and public school and universities.

“During that period of  time you had zero-point-06 percent of permit holders who had their permits revoked for any reasons.”

Lott says places where gun owners may be present are less likely to be subjected to a mass shooting. . . .

From the Casper Star Tribune:

Before the committee amended the bill, dozens of people spoke for and against HB114’s original version. Because of the number of people wanting to testify, Coe gave each 2 minutes to talk, except for an expert introduced by Jaggi, John Lott.

Lott, an author, said he’s performed academic research on crime and guns. Wyoming has a good history with concealed weapons permit holders, who tend to be law-abiding, he said.

There have been many cases in which permit-holders stop mass shootings, he said.

An additional news article from WyoFile is available here.