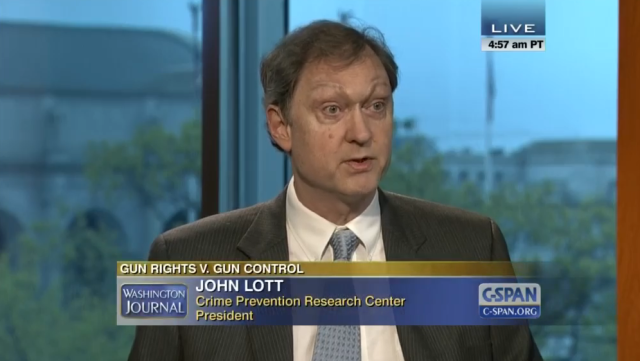 From C-SPAN: “John Lott talked about the new study put out by Pew Research Center which finds that support for gun rights have increased and, for the first time, protecting gun rights is more important than controlling ownership.”

Lott was originally supposed to be on for an hour on C-SPAN to discuss these issues with Ted Alcorn, the research director for Michael Bloomberg’s Everytown.  When Acorn was informed of this, he first insisted that he be allowed to appear without Lott, but the C-SPAN producer informed Alcorn that Lott had already been invited and that Lott would appear on the program.  Alcorn then apparently told the producer that he would not be able to appear because of a scheduling conflict, but the C-SPAN producer told him that was too bad but they were still going to do the segment with Lott even if that was the case.  Alcorn then realized that he could appear, but that he would not appear at the same time and insisted that he be allowed to appear after Lott. This clip is from the end of Lott’s appearance on C-SPAN.

The first caller to Mr. Alcorn segment asked him why he wouldn’t appear on air with John Lott and Mr. Alcorn had this response.

The rest of Mr. Alcorn’s segment is available here. 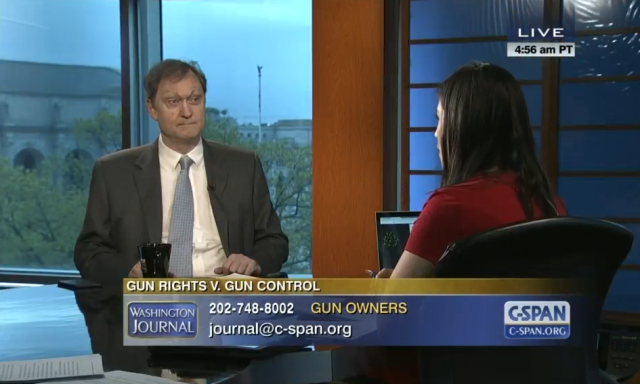 C-SPAN’s Washington Journal program listing is available here.  4,679 downloads for his segment places his show in the top 0.5 percent of downloaded shows over the last two years.

Excluding Lott’s and Alcorn’s appearances since October 1, 2013, here is a list of gun segments on Washington Journal.

Shows by those advocating gun control had 85% more minutes than those by self-defense supporters.  There were four other segments that were telephone call-in segments without guests and one segment where there were two representatives of law enforcement (Saturday, December 14, 2014, length of segment: 1:00:31, views: 878). 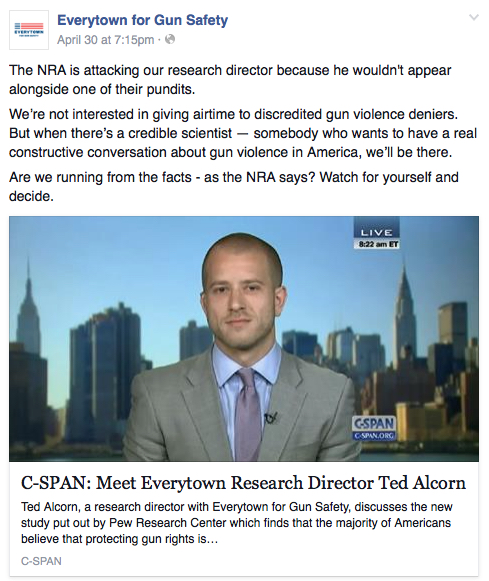