More information is also available at the Officer Down Memorial Page.  Cheryl W. Thompson has this article in the Washington Post on her investigation in the killing of police officers with guns.

More than 200 of the shooters were felons who were prohibited by federal law from possessing firearms. Many had spent time in prison for illegal handgun possession. At least 45 were on probation or parole when they killed an officer. At least four were previously convicted of murder or manslaughter, including a Texas man who had done time for two separate slayings and was on parole at the time he killed his third victim: a 40-year-old sheriff’s deputy with a wife and three children. 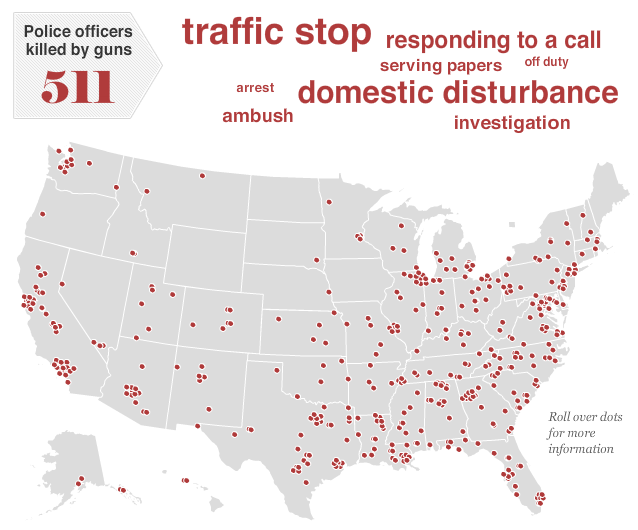 ← 74-year-old grandma stops knife wielding robber: "You back off, or I’ll blow your head off" CPRC on C-SPAN's Washington Journal on people's changing views on guns, Bloomberg's research director explains why he won't debate →