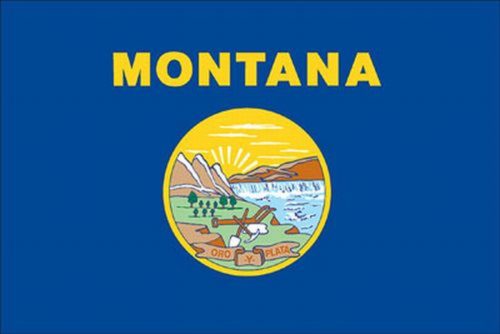 It looks very likely that there will be 18 Constitutional Carry states very soon. The new Montana and Utah Governors have promised to sign Constitutional Carry (in Montana “permitless carry”) and the Republican legislative majorities in both states look set to pass it. The Montana bill (HB 102) would also eliminate many gun-free zones in the state, such as college campuses. Right now, Montanan’s can carry without a permit in 99.4% of the state, but it will still be a significant change for them to be able to carry without a permit within city limits. The Montana state House Judiciary Committee hearing on the bill is available here. HB 102 passed its Second Reading in the House on Wednesday, January 13th by a vote of 67-33, basically a party line vote.

For those interested, here is a video of Dr. John Lott’s testimony to the Kentucky House Judiciary Committee before they passed their bill.

If these bills become law, it will be possible to carry without a permit from the Mexico (Arizona) to the Canadian (Idaho, Montana, North Dakota) borders.

In Utah, the new governor, Spencer Cox, had this to say.

The governor said he was supportive of a “constitutional carry” gun bill. “I think there are now something like 17 states that have some sort of constitutional carry or permitless carry and so we would sign that bill,” he told FOX 13.

In Montana, Greg Gianforte promised this during the campaign.

Cooney said he would not support legislation that allows for concealed carry without a permit, saying it would let people carry guns in banks and schools. He said the largest union for law enforcement doesn’t support such a bill either.

“It just isn’t the way we keep our communities safe.”

Cooney said he respects the right to bear arms and supports people owning guns to hunt and for personal protection.

Gianforte said there’s a clear delineation between himself and Cooney on this issue.

Gianforte said he would sign a bill allowing for concealed carry without a permit as governor.

← On Conservative Commandos: Andrew Pollack discusses election integrity and how Our Health Officials Have Literally Lied To Us In Order To Kill Us At Townhall: Tennessee Prison System Accused of Putting Prisoner Rights Groups Before Victims →