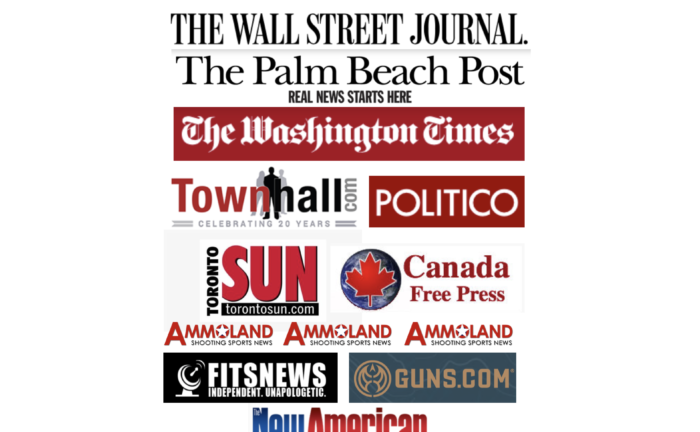 Carla Marinucci and Jeremy B. White, “California Playbook,” Politico, May 1, 2020

Regarding John R. Lott Jr.’s “Heed Jimmy Carter on the Danger of Mail-In Voting” (op-ed, April 11): Given the present Covid-19 environment, preserving elections has become an issue, and vote by mail (VBM) is a logical solution.

Oregon was the first U.S. state to adopt vote by mail for some elections in 1981. In 2000 it became the first to use VBM in a presidential general election. The turnout was 79%. VBM has become a popular feature of Oregon elections, supported widely by both Democrats and Republicans.

But does Oregon’s system pass all the tests for elections? Increased participation, yes. Convenience, yes. Cost savings, yes. Integrity, not so much. Oregon law provides the opportunity for anyone to find out who has voted and their party affiliation. It is perfectly legal for the phone banks of a candidate to call those who have not voted and offer to come to their door and pick up their ballot. Oregon also allows canvassers to enter nursing homes and places of congregate living to help people fill out their ballots. In my first election to the Oregon Senate, I spent the days before the election going to the homes of those who had not mailed their ballots. I obviously was picking up ballots of Republican voters, but why create an opportunity for fraud, particularly in closely contested elections? How many of these voters ever call the election office to see if their vote arrived and was counted?

When I was a state senator, legislation was introduced to improve the integrity of VBM but never received a hearing. Vote by mail, yes. Ballot harvesting, no.

Whatever the reason, concealed permits are multiplying fast, even though the FBI reports the national violent crime rate has fallen more than 50 percent since the 1990s.

In 2007, there were 4.6 million permit-holders in the U.S., according to the Crime Prevention Research Center. By 2017, that number was 18.7 million. And that doesn’t include the 16 states — so-called “constitutional carry states” — where no permit is required to carry a concealed weapon.

Every “reasonable” statutory victory won by the anti-gun left has been found wanting or broadly ineffective, resulting in their renewed clamoring for the next “reasonable” initiative. One day Americans will awaken to the realization that firearm ownership had become so administratively constrictive, expensive and risky to owners that the phrase “legal firearm ownership” is meaningless.

The left’s anti-gun agenda is fueled by a powerful motivator that has nothing to do with gun safety and everything to do with ideology. Its contempt for firearms draws from its broader contempt for traditional American culture. The firearm culture connects devotees to America’s frontier heritage in which firearm acumen, hunting and outdoor survival skills were required to build a homestead and feed and protect families. Thus, pioneering Americans developed a sense of rugged independence from government and a deeply ingrained respect for individual freedoms, self-reliance and private property — values which framed the U.S. Constitution. . . .

LRe “PM’s shot in the dark” (John R.Lott Jr. and Gary Mauser, May 7): I am having trouble understanding the logic behind Trudeau’s announcement on the prohibition of certain weapons. Trudeau said that these firearms have no place in Canada and yet the ban does not apply to indigenous Canadians. The government is concerned that these rifles may be used in a crime and yet allow the current owners to keep these firearms for two years. If the government is concerned that the legal owners of these firearms will commit crimes with them, why allow them to keep the guns for two years? What happens after two years? The current firearms legislation makes it illegal to carry a handgun unless you are on the way to a range or on the way home. There are regulations regarding the transport of these firearms. The murders committed regularly in Canada by handguns are committed by persons who are already breaking the law prior to the shooting. It would be a good idea to enforce the current legislation regarding firearms before bringing in new laws.

One key reason for this is that responsible gun owners take firearms safety very seriously. Many of these individuals have proven that they are willing to comply with the law by fulfilling all of the requirements associated with obtaining a concealed carry permit. In fact, a recent report by the Crime Prevention Research Center found that concealed carry permit holders are among the most law-abiding demographic of Americans today.

Such false claims have kept author and researcher John Lott increasingly busy. Author of More Guns, Less Crime and The Bias Against Guns, Lott has to continually update the statistics showing such concerns are unwarranted.

In April 2016, he updated a previous study, “Murder and Homicide Rates Before and After Gun Bans,” and concluded, “Every place that has banned guns (either all guns or all handguns) has seen murder rates go up. You cannot point to one place where murder rates have fallen, whether it’s Chicago or D.C. or even island nations such as England, Jamaica or Ireland.

John Lott questioned Lankford’s finding based on the definitions used in the paper, which treated mass shootings and mass shooters as equivalents, although it was not precisely clear which definition was of a higher priority.

There is a discussion by both sides featured in Econ Journal Watch from March of 2019. Here is a link to John Lott’s and Carlisle E. Moody’s critique and Adam Lankford’s reply.

Lott and Carlisle’s critique relies heavily on definitions. They show, if the definition used by the FBI in its 2014 active shooter report, referenced by Lankford, is rigorously followed, then Lankford’s paper is misleading about mass public shootings in the rest of the world. They agree the United States has more single perpetrator public mass shootings than other parts of the world. They show many other parts of the world have many more public mass shootings than the United States, with multiple perpetrators. One of Lott and Carlisle’s critiques is that Lankford refused to release the data his study is based upon.

Lott and Carlisle examined data from 1998 to 2012. They state finding data of any earlier crimes is extremely difficult, especially for events before use of the Internet became common. . . .

John Lott, using official FBI crime statistics, conducted a statistical analysis of the impact of “concealed carry” laws on crime in the US. His conclusion became the title of his book, “More Guns, Less Crime”.  Violent crimes against women, including rape and assaults, drop precipitously when women can protect themselves.

If I recall correctly, Lott showed that most of the U.S. is pretty safe because 98% of gun violence occurs in just 2% of the counties. The danger zones are Democrat-run big cities. Democrats, like Trudeau’s Liberals, are 2nd Amendment despising, law-abiding citizen hating gun grabbers.
Gun control is a tyrannical trifecta: deceitful, illogical, and immoral.

Today, according to the most recent estimate by the Crime Prevention Research Center, more than 18.6 million citizens are licensed to carry. When that many people are presumably carrying firearms all or at least part of the time, questions about the right to bear arms are of intense public interest. For the court to dodge this bullet (no pun intended) repeatedly suggests at least some justices do not want such questions to be answered definitively and finally. . . .

The issue of mail-in voting has become a hot topic nationally as a result of coronavirus-related concerns. Democrats claim voting-by-mail is an inviolable right – irrespective of the situation – while Republicans fear permitting it will exacerbate existing voter irregularities.

“Mail-in voting is a throwback to the dark old days of vote-buying and fraud,” noted John R. Lott Jr. of the Crime Prevention Research Center in a recent column published by The Wall Street Journal. . . .

John Lott at the Crime Prevention Research Center recently did an analysis of murder data for the City of Baltimore, which has produced an alarming annual body count lately.

Last year, 348 people were killed in the city — more than some entire states racked up in 2019.

According to Lott, “Clearly neither the victims nor perpetrators of murders are ‘normal’ people — both groups are overwhelmingly criminals.” That’s a pretty bold statement, but he backs it up, noting that 82% of murder victims in the city had criminal records and 67% had arrest records for drugs.

“Twenty-nine percent of victims were clearly known by the police to be members of ‘drug crews or gang’ members,” Lott added. “Forty-four percent had an arrest record for gun crimes.”

Bottom line: Lott says the average Baltimore homicide victim last year had 10.8 arrests, with 4.1 of those being drug offenses.

And here’s something equally alarming. Lott says only 31% of Baltimore murders result in an arrest. . . .

In other words, this study doesn’t just have involvement from agencies that were complete hacks, it also opens the door for “recommendations” that will likely line up with the Bloomberg wish list. At the very least, it should be amended to require that any “study” be reviewed by the Crime Prevention Research Center prior to publication – and that publication should not happen if it doesn’t pass muster.