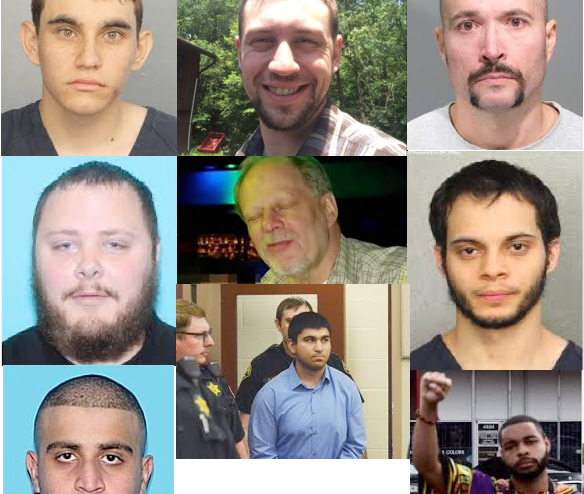 “I said that the biggest terror threat in this country comes from radicals on the far right, primarily white men. . . . The evidence is overwhelming . . . The facts prove that.” — CNN’s Don Lemon, October 31, 2018

Our dataset of Mass Public Shooting List_US_1998-2018 provides information not only on the ages, political views, and religious beliefs of mass public shooters but also the race and gender of these killers. Mass public shootings are defined as those cases where four or more people are killed at one point in time in a public place and not involving some other type of crime such as a gang fight or a robbery. We also looked at information on the mass vehicle and bombing attacks (though bombing attacks in the US where multiple people are killed are rare). Clearly, we showed that very few of these attacks are politically or religiously motivated.

The claim that these killers are so overwhelmingly white is also misleading. While whites (excluding those from Middle Eastern descent) make up the majority of mass public shooters, that is 6.4% below their share of the population. Hispanics are even much lower than their percentage of the U.S. population. By contrast, those of Middle Eastern descent, Asians, blacks, and American Indians are all above their shares of the population.

However, one thing that is clear is that mass public shooters are overwhelmingly male, with 96% of shooters being male.

Information on vehicle attacks is available here. There is only one case that had more than three fatalities from vehicle attacks, and someone from the Middle East did that. The one notable bombing attack was the Boston Marathon bombing on April 15, 2013, where three people were killed and 180 wounded, not four or more. The two brothers in that attack were from Chechia, and they reportedly did their attack as retaliation for US actions in Afghanistan and Iraq against Muslims. 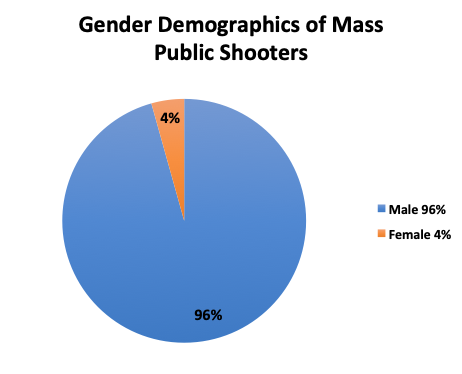