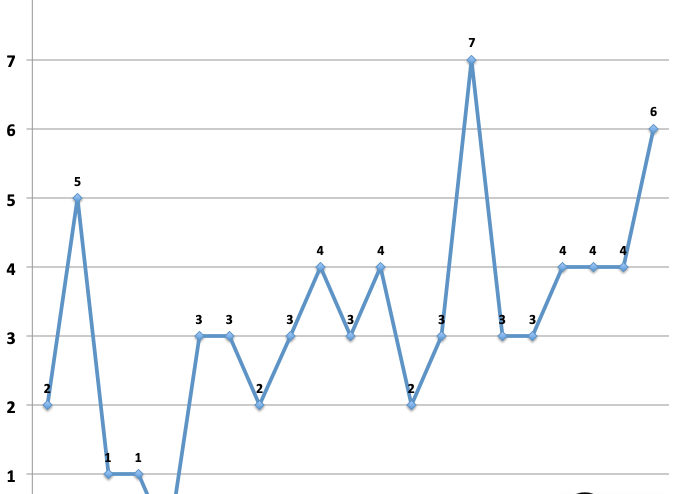 The Number of Mass Public Shootings by year since 1998, comparison to international number of such shootings over time

There has also been a general increase over time worldwide in mass public shootings. Here is a graph through 2012 for the world. We have been working to update these international numbers, though the increase has definitely continued past 2012. Note that 2012 is also the higher point for the number of mass public shootings in the US.

Mass public shootings are defined as those cases where four or more people are killed at one point in time in a public place and not involving some other type of crime such as a gang fight or a robbery. This is the traditional definition used by the FBI for about 30 years from the 1980s until 2013.

The attack in at the Borderline Bar & Grill in Thousand Oaks, California only adds to the list of killers who were seeing mental healthcare professionals before their attack. A list of such cases is available in our data set available here.

The FBI’s claims about Active Shootings increasing over time are completely flawed. Below is part of the discussion of this from Dr. Lott’s The War on Guns. 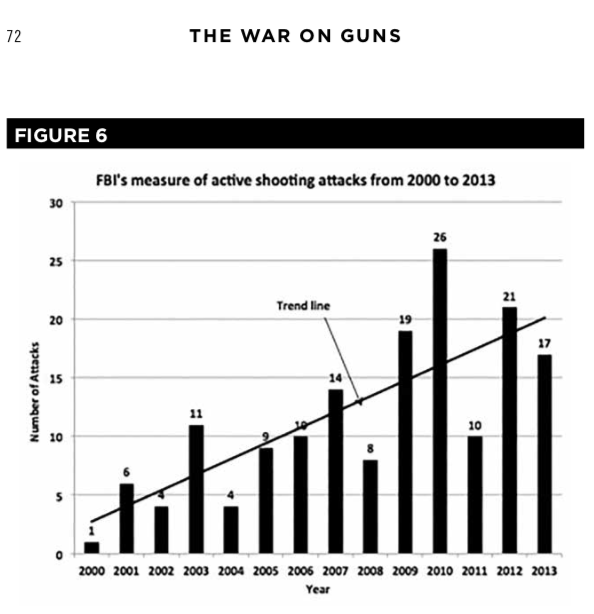