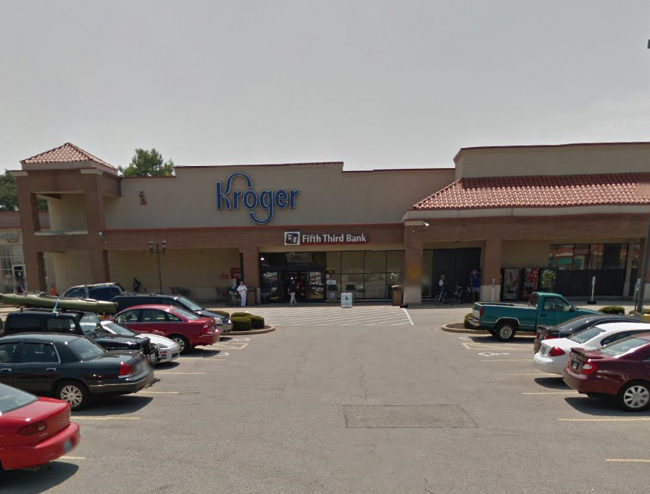 This story could easily have been played as a white man with a concealed handgun permit saving blacks from a racist killer.

On Wednesday afternoon, according to the New York Times, Bush apparently first went to a black church:

Billy Williams, the church administrator, said eight to 10 people were inside the church when Mr. Bush arrived after a midweek service. A church member in the parking lot grew alarmed when she saw him aggressively pulling on the historic church’s front doors. Mr. Bush drove away after less than 10 minutes. . . .

The Louisville Courier Journal reports that after Bush had visited the church:

The first call came into MetroSafe at 2:54 p.m. reporting that shots were fired inside the store. There were reports of “multiple injuries.” . . .

According to the Jeffersontown police, the suspect, Gregory Alan Bush, entered the grocery store and “gunned down” the first victim, and then exited the store where he killed the second victim.

While in the parking lot, a citizen who possessed a concealed carry permit engaged with the suspect, according to Jeffersontown police.

“Multiple rounds were fired by both the suspect and the intervening citizen,” Jeffersontown police wrote in a statement. “Neither the suspect nor the involved citizen, nor any other bystanders were injured with this exchange of gunfire.”

Bush fled the scene in his vehicle. Police located Bush and his vehicle on Hurstbourne Parkway, next to the Stony Brook Center, where he was taken into custody. . . .

Another story notes: “The police chief clarified that . . . the woman killed in the parking lot was shot by the suspect before the exchange [with the permit holder] began . . . .”

Our list of mass public shootings stopped by permit holders is available here.

The New York Times mentions that, “Mr. Bush was stopped by an armed bystander who shot at him in the parking lot.” The Chicago Tribune was somewhat better, noting: “Ed Harrell told the paper he was waiting on his wife in the parking lot when he heard gunshots and grabbed his revolver. As he crouched down, he said he saw the gunman walk ‘nonchalantly’ by with gun by his side. He said he called out to ask what was going on, and the gunman replied: ‘Don’t shoot me. I won’t shoot you. Whites don’t shoot whites.'” But neither of the publications mention that Harrell had a concealed handgun permit.

Bush isn’t correct that “Whites don’t shoot whites.” In the overwhelming majority of cases, people are murdered by members of their own race. In 2015, 81% of whites were murdered by whites, and blacks murdered 89% of blacks. Blacks were more than twice as likely to murder whites than whites were to murder blacks, but those numbers pale in comparison to the shares of blacks and whites that are killed by members of their own race. 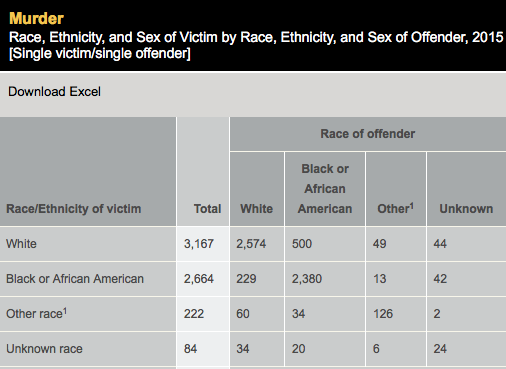