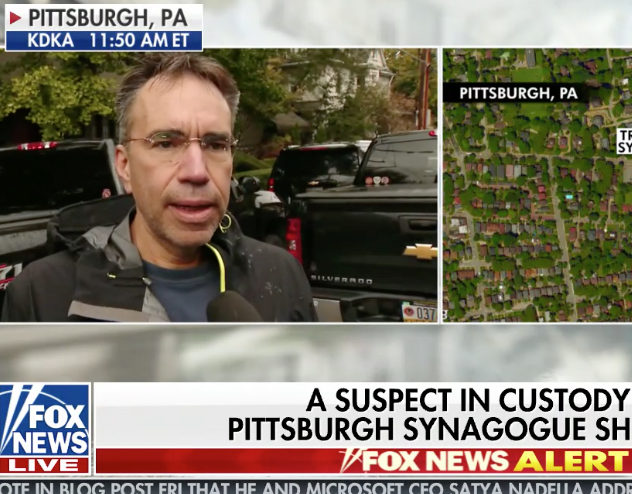 UPDATED: With eleven dead and five others wounded by gunfire, the question about this incredibly horrible tragedy is: why someplace such as a Synagogue doesn’t allow parishioners to carry permitted concealed handguns? Apparently, during high holidays, the Synagogue has security present, but why not allow people to be protected quickly during the rest of the year.

The synagogue had run security drills, but the issue of financial limitations wouldn’t have been a big concern if they had allowed permitted concealed handguns. From the Pittsburgh Post-Gazette:

Mr. Eisenberg said when he was president, he emphasized security and had U.S. Homeland Security come in to conduct a security drill because of “what was going on all over the country.”

The issue that prevented further action regarding security was financial, Mr. Eisenberg said.

There should be signs in front of synagogues noting that there is an armed presence there.