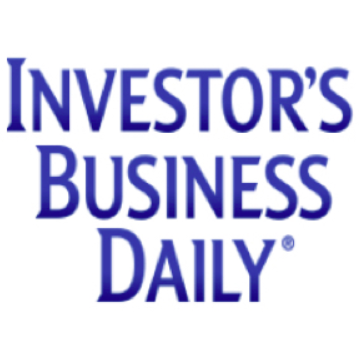 Dr. John Lott has a new op-ed at Investor’s Business Daily on the continuing impact of Obama regulations.

Last week the United States was once again ranked as the world’s most competitive economy. It’s a distinction that we haven’t had since 2008, due in part to the regulatory nightmare created by President Obama. Reducing those regulations is part of the reason our unemployment rate is at a 49-year low and economic growth is so strong.

President Trump has been able to undo a lot of Obama’s regulations, but many industries continue to be stymied without improving safety or producing other benefits.  The November elections will help determine whether more headway can be made making towards saner regulations.

Take the airline industry, which has had significantly higher costs and cut back on flights. And, as the Wall Street Journal reported this week, the problem is getting worse.

When Obama took office, pilots needed 250 hours of flight experience to be licensed to fly U.S. passenger and cargo airplanes. But the Airline Safety and Federal Aviation Administration Extension Act of 2010, quietly enacted when Democrats enjoyed massive majorities in the House and Senate, raised the requisite number of hours by a factor of six, to 1,500 hours. This regulation even required an additional 750 hours for pilots who received military training.

The impetus for the new rule was the crash of Colgan Air Flight 3407 near Buffalo, New York, in February 2009. All 49 passengers and crew members were killed. Although commercial airplane crashes are exceedingly rare, the accident provoked cries for more safety regulations.

But as often happens with government, the regulations eventually enacted were unrelated to the causes of the problem they were supposed to fix. Had the 1,500-hour rule been in place in February 2009, Flight 3407 still would have crashed. Pilot Marvin Renslow had 3,379 hours of flight experience. Co-pilot Rebecca Lynne Shaw had over 2,200 hours, including 772 hours spent flying the type of plane that crashed.

Incompetence, not lack of training, was the real problem with the Colgan Air crash. When a stall warning went off in the cockpit, Captain Renslow raised the plane’s nose, which is the opposite of what pilots are trained to do. Renslow had failed five “check ride” proficiency tests conducted in cockpits or simulators. One safety expert at the National Transportation Safety Board observed, “It does raise a flag when you see five.” Renslow apparently didn’t tell Colgan Air about the three check rides that he had failed before being hired, and the Federal Aviation Administration does not make such failures public.

Those three failures probably would have kept him from being hired. After he failed two more tests, Colgan had to have known that Renslow was one of their weaker pilots. But Renslow enjoyed the powerful protection of the pilots’ union.  Nothing was done to curb the union’s power.

The costs of the new training requirements are huge, and prospective pilots generally have to foot the bill themselves. The first 250 hours are supervised by a flight instructor and cost about $200 per hour. The next 1,250 hours of training don’t require an instructor, but they still cost about $150 per hour in a single-engine plane. The total cost, then, for single-engine training is about $237,500. The cost of training in a multi-engine aircraft is higher still. There’s no limit yet on how much someone can train in a single week, but it normally takes a couple of years to get the required hours.

How flight students are supposed to finance this additional training is anyone’s guess. Airlines are reluctant to train pilots, since they may leave for another airline after getting their hours, but they often had no other option.

The Obama administration also imposed strict limits on the number of hours that licensed pilots can fly (in any 365 day period they can’t fly more than an average of 2.7 hours per day), making it still more difficult to find pilots for the tens of thousands of flights that are made each day. It doesn’t help that thousands of Baby Boomer pilots are starting to reach the mandatory retirement age of sixty-five.

Roger Cohen, president of the Regional Airline Association, warned: “Absent a game-changing shift in the supply of trained aviation professionals, particularly pilots, communities even larger than Wichita — and certainly those smaller — are in jeopardy of losing some, if not all, of their scheduled flights. This could cut off communities from today’s global economy, where airline service is as important as an Internet connection.”

Who are the obvious beneficiaries of these new training requirements? Airline pilots. Salaries will rise as airlines compete with each other for a small number of new pilots. The regulation was meant to please a union, but it came at the expense of all American air travelers and a less-efficient air-traffic system. Flights would be cheaper and more abundant, especially for smaller markets, if not for the new rule.

It is just one of many examples of how the Obama administration put special interests before the interests of the American people.