Updated: Witness to Texas Church shooting: a neighbor shot suspect causing him to leave the scene

UPDATE: Here is a dramatic article describing how Devin Patrick Kelley was going back to kill the people he had initially wounded when Stephen Willeford entered the front door of the church and shot Kelley.

As Farida Brown lay on the floor in the last row of pews in Sutherland Springs First Baptist Church, the 73-year-old woman felt certain she would be the next one killed.

And she almost was.

The gunman had fired numerous rounds into her legs. She was shot four times, but they all struck soft tissue. None of her bones were broken, and no arteries were hit, her son said. But the man was revisiting those he had shot to make sure they were dead and if they weren’t, he was shooting them once more.

Brown’s recollections of the horror that she and others in the church experienced, as told to her son, are among the first offered by one of the 20 wounded Sunday in the rampage that killed 26 churchgoers. . . .

At that moment, she heard a shot fired from a different man, at the front door.

The gunman has since been identified as Devin Patrick Kelley.

The other man, the one who confronted him, was Stephen Willeford, who lives near the church. . . .

Original Post: The first and third videos above have statements from witnesses about how a neighbor got his gun and stopped this attack before police were able to arrive on the scene.  One of the witnesses said that if it weren’t for the neighbor, the attack “would have been much worse.”  A third witness who also told KSAT a similar story.

Summer Caddel said her boyfriend, Johnnie Langendorff, called her moments after the shooting at First Baptist Church and told her that he saw a gunfight between the shooter and a neighbor, who was returning fire.

Langendorff then told Caddel the suspect — who has not been publicly identified — then got into an SUV and drove away, and the two gave chase. . . .

The second video above has a statement from the Texas Department of Public Safety that confirms those statements.

Within about three hours of the attack, before we knew hardly any facts, Democrats were already calling for more gun control. CBS reports that Devin Patrick Kelley, the killer, served in the U.S. Air Force from 2010 to May of 2014, at which point he was court-martialed and given a dishonorable discharge.  It was thus illegal for Kelley to own a gun.

A list of mass public shootings that have been stopped by citizens with permitted concealed handguns is available here. 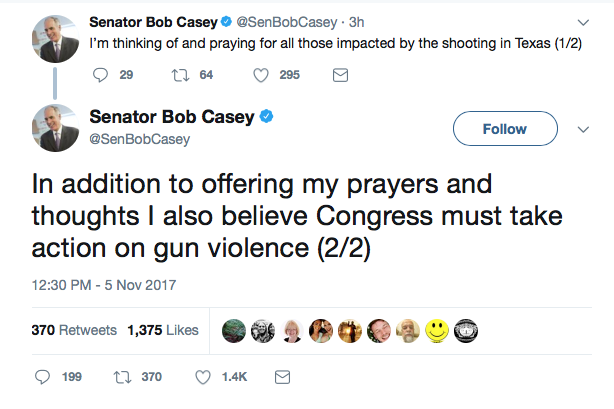 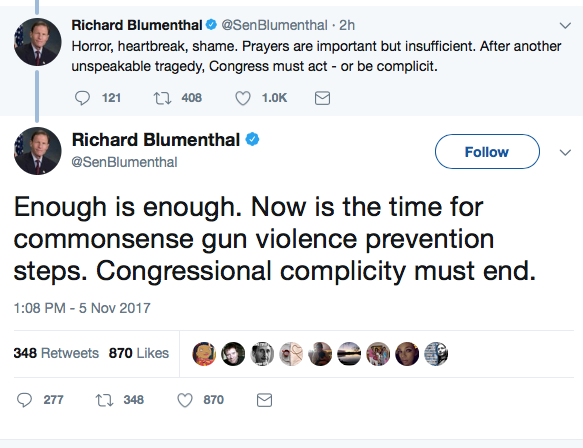 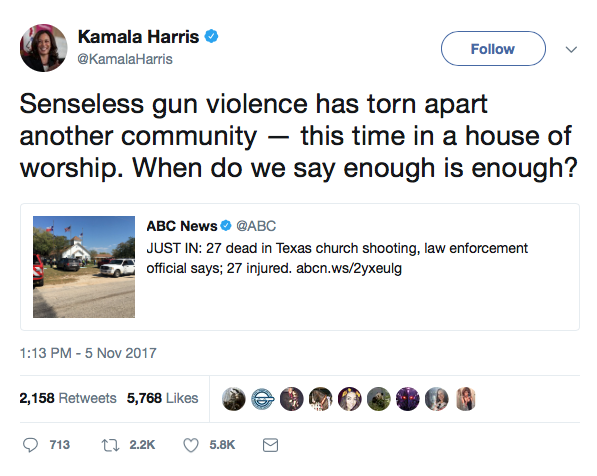