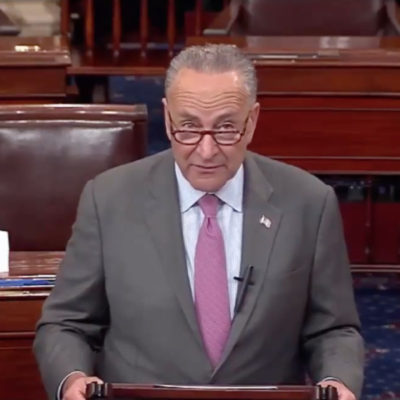 The Hill newspaper and Political have articles about how Democrats want to avoid discussing their views on gun control until after the 2018 mid-term elections.  From The Hill:

Senate Democratic Leader Charles Schumer (N.Y.) is urging his colleagues to stay away from gun control in the budget debate despite pressure from activist groups that argue the party needs to take a stand given the string of mass shootings across the country.

Schumer, focused on next year’s midterm elections, thinks it is smarter to focus on economics — specifically President Trump’s tax plan, which Democrats say is a giveaway to corporations and the rich, and GOP proposals to cut Medicare and Medicaid. . . .

“Democrats need to find courage and learn to speak to the issue,” said Ladd Everitt, director of 1Pulse4America, a gun-violence prevention group created after the Orlando nightclub shooting in 2016. . . .

In next year’s midterms, however, Democrats will be defending 10 seats in states won by Trump in last year’s election — including West Virginia, Montana and North Dakota, where guns are a big part of the local culture.

Schumer’s strategy is based, at least in part, on saving those seats and potentially winning back the Senate majority next year if Republicans falter badly. . . .

[David Saunders, who has advised former Democratic presidential candidates Jim Webb and John Edwards] warned that even though polls might show that various gun control proposals have strong support, the minority of people who oppose them often wield more political clout because they are more motivated.

“The 28 percent that don’t want it are single-issue voters and that’s why the gun numbers are so deceiving for people,” he said.

Saunders said many of those single-issue voters live in some of the Senate swing states that will determine which party controls the upper chamber in the future. . . .

Politico also had this story from immediately after the Las Vegas attack.

It’s easy for them to lambaste Republicans for failing to take action after mass shootings. But elevating the issue heading into a midterm election next year — something Democrats said this week they have no plans to do — could repel the very voters they need to woo to regain control of Congress. Not to mention make their vulnerable red-state Democrats prime for Republican attacks. . . .