UPDATED: Bill Clinton claims “more people would have been killed” if clubgoers were armed, but can he point to one example where that has occurred? 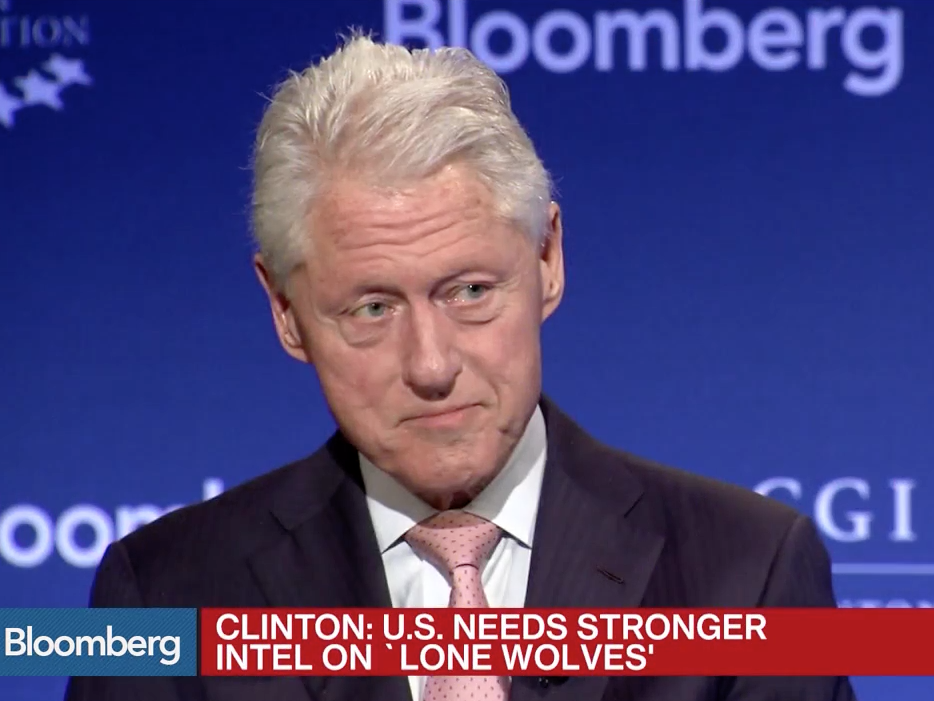 So much of the debate on guns involves things that might possibly go wrong.  But what is the evidence.  First here is Bill Clinton’s claim on Tuesday, June 14, 2016.

BILL CLINTON: Did you see how dark it was?
Moderator: Yes
Clinton: I think that it is likely that more people would have been killed.
All I know is this. We had a ten year ban on assault weapons. That was passed when I was president. I signed it. We pushed hard for it. And no small number of members of Congress lost their job because they voted for that and for what was then comprehensive background check law … It worked pretty well. And then, you know, when it was allowed to expire, for a while we didn’t seem to have an uptake in crime. But if you look at what happened with these big weapons in Sandy Hook, Aurora, Colorado, and most recently in Orlando, San Bernandino, it’s pretty clear that if you are firing a lot of ammunition is a short amount of time, where the weapon is designed only to kill, more people will die then if you are stuck with a pistol. If the guy just had a pistol in that night club I don’t think anybody believes he could possibly kill 49 people. So that is my response.

There are dozens of mass public shootings that have been stopped by concealed handgun permit holders.  But can Clinton point to one single case where the type of concern that he is raising has ever happened?  Just one example? Even an example in the 40 states that allow permitted concealed handguns in bars?  No, he can’t.

Obama: “The notion that the answer to this tragedy would be to make sure that more people in a nightclub are similarly armed to the killer defies common sense.”

Hillary Clinton: “Not one of Donald Trump’s reckless ideas would have saved a single life in Orlando. And it is just more evidence he is temperamentally unfit and totally unqualified to be commander in chief.“

KARL: But do you want people late at night at a nightclub drinking (INAUDIBLE)…

COX: Of course not. Of course not. And you can’t be in a nightclub drinking anywhere in this country. What Donald Trump has said is what the American people know is commonsense, that if somebody had been there to — to stop this faster, fewer people would have died. That’s not — that’s not controversial, that’s commonsense.

KARL: But you don’t like the idea of people going into nightclub armed to the teeth?

COX: No one thinks that people should go into a nightclub drinking and carrying firearms. That’s — that defies commonsense. It also defies the law. It’s not what we’re talking about here.

What we’re talking about is the failure of this government to keep us safe. And the American people are scared. And they have reason to be scared. And you can — you can do both things. You can stop bad things from happening while protecting the rights of law-abiding people to defend themselves. . . .

The NRA’s Wayne LaPierre made a similar statement on Face the Nation.

DICKERSON: Donald Trump has suggesting concealed-carry in nightclub, where people are drinking? Is that a good idea?

LAPIERRE: I don’t think you should have firearms where people are drinking.

But I will tell you this. Everybody, every American starts to have — needs to start having a security plan. We need to be able to protect ourselves, because they’re coming. And they’re going for vulnerable spots, and this country needs to realize it.

DICKERSON: What does that mean, have a security plan? Should everybody get an automatic or a semiautomatic, or should we lift limits against automatic weapons?

LAPIERRE: I think that we’re talking about the fact law-abiding people need to be able to own firearms to protect themselves.

I think we need national carry reciprocity. I think every school needs a protection plan with a either police officer or certified armed security. And we need to look at all our vulnerabilities, and we need because to hard them, because they’re coming and they’re going to try to kill us, and we need to be prepared.

And this president, by diverting the attention to gun control movement, that’s not going to solve the problem. They could care less. . .

About 3 hours after that interview.

By contrast, here are statements Donald Trump from Friday, June 17th in Texas.

“If some of those wonderful people had guns strapped right here, right to their waist or right to their ankle and this son of a bitch comes out and starts shooting and one of the people in that room happens to have it and goes boom, boom, you know what, that would have been a beautiful, beautiful sight.”