CPRC opinion piece in the South Australian newspaper The Advertiser: “There are limits to how well police and security agencies can protect us”

CPRC president John Lott and CPRC senior fellow Kesten Green have a new piece in the South Australian newspaper The Advertiser. Their piece starts this way:

HOW can we get back to feeling safe about taking the kids to school, going about our work and meeting friends for a coffee?

Islamic terrorists have demonstrated that they can attack anywhere, without any notice.

The murder of 10 journalists at their magazine’s Wednesday morning editorial meeting in central Paris reminded us that the pre-Christmas siege of a Martin Place cafe in Sydney was not unique. Around the world, people have been attacked as they go about their daily routines. Attack apparently encouraged by the propaganda efforts of the terror group known as ISIS.

In May a shooting attack at the Brussels Jewish Museum left four dead. In September there were beheadings in Oklahoma and London. In ­October there was a car attack in Quebec, a shooting at Canada’s Parliament in Ottawa, an assault with a hatchet in New York City, and a knife attack in Israel that left five dead at a synagogue. There have been many others.

Perhaps in acknowledgment that gun laws already prohibited Man Haron Monis from obtaining a firearm, the Abbott Government is being encouraged to increase access to personal internet histories in the hope that this will help security agencies to identify and apprehend potential attackers.

That seems a rather forlorn hope given that Monis was already well known to police and security agencies, the courts and the media. And would-be lone attackers who have previously avoided the attention of the authorities are likely to avoid internet activities that alert law enforcement agencies.

Ottawa shooter Michael Zehaf-Bibeau’s long criminal history, including robbery, violent threats and various drug offences, meant he could not buy a gun legally, yet he still got one. Similarly, the killer in Belgium, Mehdi Nemmouche, and at least one of the killers in Wednesday’s Paris attack had violent criminal records, yet both illegally obtained machine­guns — weapons that no civilians are allowed to own. . . . 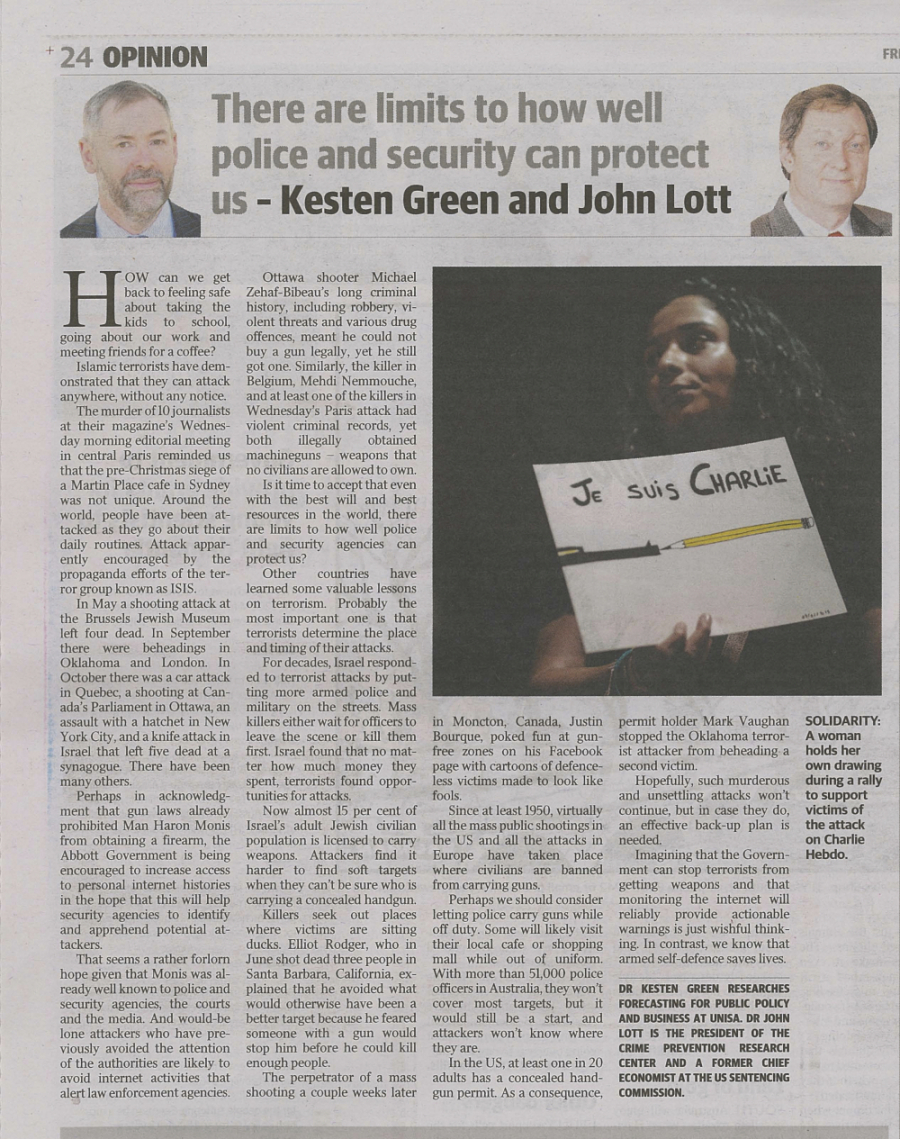