Evan DeFilippis and Devin Hughes have been repeating past criticisms of John Lott’s work and without ever bothering to let readers know that Lott has already responded to those points.  John Lott has written up a detailed response available below to the first two-thirds of their points in order that they were made.  …

Kristin Tate has this article at Breitbart.com:

The nonprofit generally targets Republicans and is regularly cited by pundits and news outlets. More recently, the group engaged in what could best be called a smear campaign against John Lott, an economist, firearms researcher, and Founder of the Crime Prevention Research Center.

The media over the last couple of days has been pointing to a revised paper by Abhay Aneja, John J. Donohue III, and Alexandria Zhang that has been floating around in various forms since at least 2009.  Their earlier paper claimed that right-to-carry laws and no impact on murder, rape and robber. … 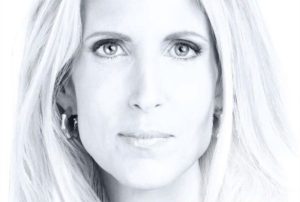 You can tell the conservatives liberals fear most because they start being automatically referred to as “discredited.”  Ask Sen. Ted Cruz. But no one is called “discredited” by liberals more often than the inestimable economist John Lott, author of the groundbreaking book More Guns, Less Crime: Understanding Crime and Gun Control Laws.

On the Michigan Talk Network: How The Liberal Media, With Michael Bloomberg’s Help, Are Biased Against Guns