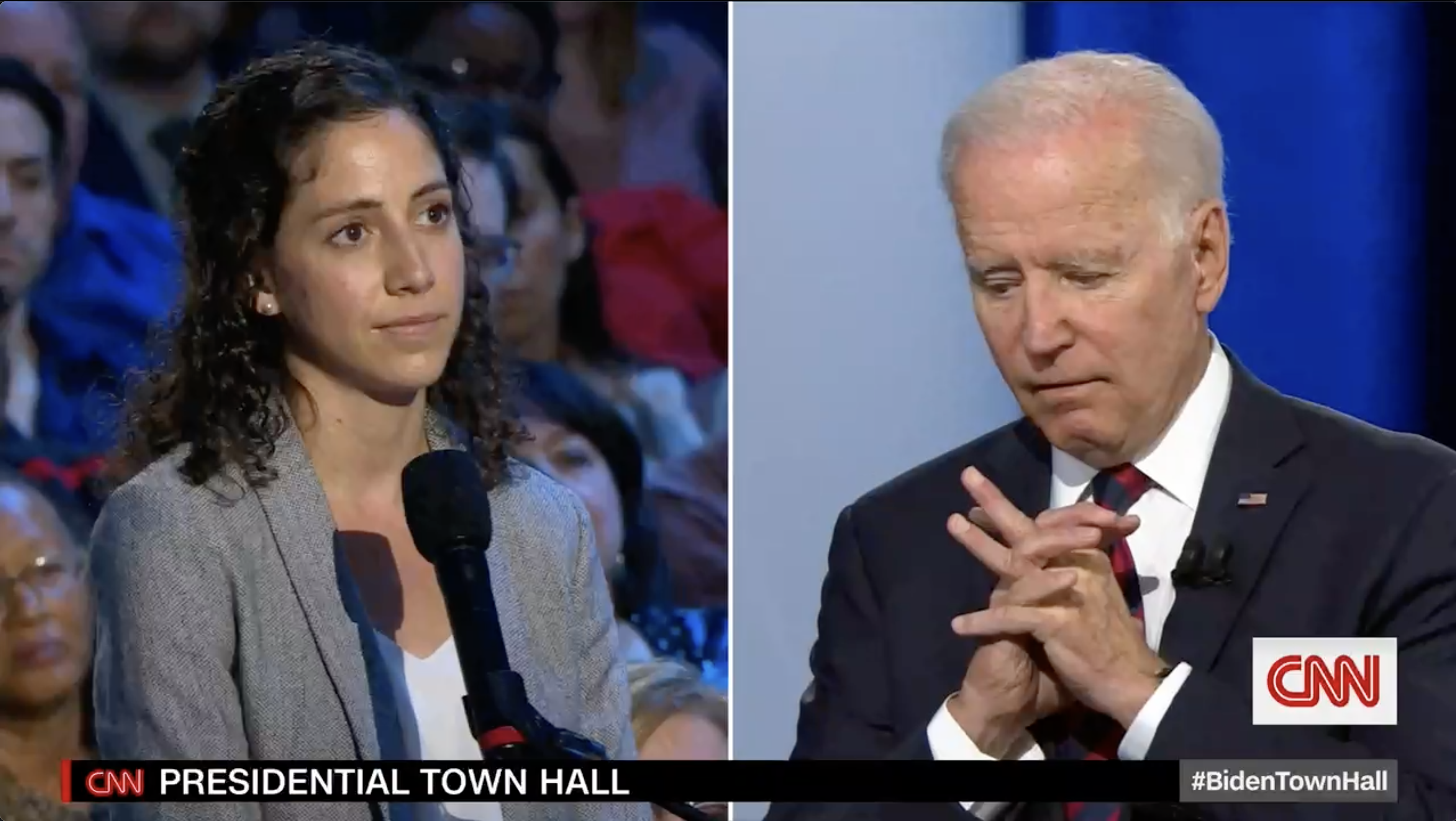 Biden: “Actually, crime is down; gun violence and murder rates are up. Guns. I’m the only guy that ever got passed legislation when I was a senator, that made sure we eliminated assault weapons. The idea you need a weapon that can have the ability to fire 20, 30, 40, 50, 120 shots from that weapon — whether it’s a — whether it’s a 9-millimeter pistol or whether it’s a rifle — is ridiculous. I’m continuing to push to eliminate the sale of those things, but I’m not likely to get that done in the near term.”

President Biden made it very clear at his CNN Townhall on Wednesday night that he wants to ban all semi-automatic guns in the US that have “the ability to fire 20, 30” or more shots. Not only do semi-automatic guns account for most guns, but they provide important self-defensive benefits for individuals. If the alternative is manually loaded guns, victims might not have the luxury of time to manually reload their guns. If a victim is facing multiple attackers, wounds but doesn’t stop the attacker, or misses on their first shot, making them manually reload their gun may leave them defenseless. By the way, it is not uncommon for people to have to fire more than 10 rounds in self-defense.

The media ignores that Biden has made similar statements before, such as at a high-dollar private fundraiser in Seattle in 2019: “Why should we allow people to have military-style weapons including pistols with 9-mm bullets and can hold 10 or more rounds?”

For example, the Sig Sauer P365 was ranked the most popular handgun in a 2020 survey of Alabama gun dealers. The NRA’s Shooting Illustrated Magazine named it the Handgun of the Year. The standard magazine for the P365 is 10 rounds, and depending on the model, the weapon can accommodate a 15-round magazine.

Take a look at pistol sales in the US compared to revolver sales: In 2018, Pistols 3,881,158 and Revolvers 664,835. So the vast majority of handguns are pistols — 85.4% of all handguns. But Politifact doesn’t understand that extended magazines can fit any semi-automatic gun that holds a magazine. Here are the extended magazines that are available for the Sig Sauer P365 that Politifact discusses — they hold 20, 30, and 50 rounds (the numbers that Biden mentions).

A handgun with a 10 or 12 round magazine wouldn’t be touched. If someone put a 20-round magazine on it, they would, I assume, be in violation. But not because of the handgun itself. Throw away the magazine, and the weapon is legal.

While a ban has been the obvious goal of Biden’s gun control policies, no national Democrat has openly come out and said that he wants to ban most guns owned in the United States.

One wonders what would have happened if Biden had said this openly during the campaign. Instead, the media attacked Trump as lying when he warned about this danger.

In a piece that John Lott had in the Wall Street Journal Op-ed last October, he warned: “When President Trump introduced Supreme Court nominee Amy Coney Barrett, he warned: ‘The coming years will decide the survival of our Second Amendment.’ He’s right.“

Biden is misleading about his claim that crime might be down. Property crime is down and property crime makes up most crime. But at least for the top 10 largest cities violent crime is up by 0.5%. People are primarily concerned about violent crime. Preliminary analysis indicates that murder is up 15.2% so far this year. Even if gun crimes rose by 15% faster than non-gun violent crime, that would still mean that less than 10% of violent crime involved guns. Based on the 2019 NCVS data, gun crime would have to increase 21% faster than total violent crime to get its share to rise above 10%.