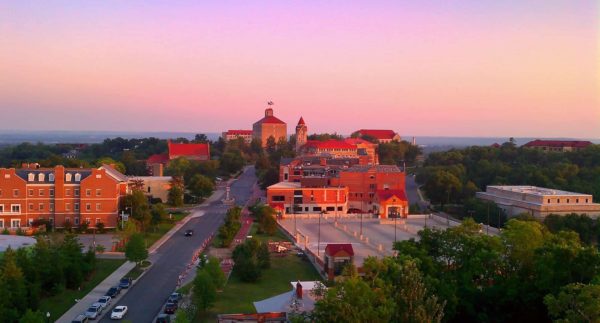 Remember that 12 states mandate that public universities allow permitted concealed handguns on public college campuses (the NCSL excludes Tennessee from their list because professors and staff and not students (except for graduate teaching assistants) are allowed to carry). Twenty-three other states leave it up to the individual schools. This post is an updated list of what we had published in March 2018. None of the cases where a gun was fired by someone legally carrying a gun on campus involved someone threatening another person or trying to commit a crime.

In addition to our research, we used the list of shootings by Bloomberg’s Everytown, which starts a year later than our work. But their list doesn’t distinguish whether the gun was allowed on school property or whether the person had a concealed handgun permit. That is a crucial distinction as those illegally carrying a gun may be very different from those obeying the rules. Indeed, the large number of cases in which someone fired a gun (663) overwhelmingly involves people who were illegally carrying. Forty-six cases occurred on college campuses where permitted guns are allowed (all our work can be downloaded in an Excel file), but just seven of those involved people with concealed handgun permits.

Take the two cases from Kansas where guns were allowed on campus. In one case at Wichita State University in 2015, people with permitted concealed handguns were allowed to have a concealed handgun in their car in a parking lot. The shooter had no connection with the school. He was a pimp who was already on parole for a 2010 felony child abuse conviction. An undergraduate student got into an argument with a prostitute over the cost of the service. When the prostitute “returned empty-handed to [the pimp], he beat her and then pulled a gun, walked over to [the student] and shot him.” While Bloomberg’s group uses this as an example for why guns should be banned on college campuses, if anything, it shows the opposite. That victim was a student who needed to defend himself as criminals would take guns onto campus to commit a crime.

The second case occurred at Kansas State University in May 2019 and involved an attacker and a victim not connected to the university. “The incident began off-campus on the east side of Manhattan and continued to the parking lot north of the foundation building, where shots were fired.” No one was wounded or killed in the incident.

One frequent concern about guns on college campuses is that they will be used to commit suicides, but despite all the colleges that allow students, faculty, and staff to carry concealed handguns, we could not find a single case of someone who legally had the gun committed suicide. Nor is there a case where someone got a hold of a legally allowed gun on campus and used that gun to commit suicide. The closest example occurred in 2016 in a parking lot at a non-profit corporation owned by the University of Utah. It involved a murder-suicide case where a husband murdered his wife who was filing for divorce and then committed suicide, but the husband was not a concealed handgun permit holder.

When one goes through these news stories, one thing that becomes obvious is that any accidental discharge of a permitted concealed handgun is considered an important news story.

All the cases at schools that allowed people to carry guns are available here. Here are the seven cases for universities:

University spokesman John Kowalewski said that the man has a permit that allows him to carry a concealed weapon on campus.

Kowalewski says the injury was not life-threatening after the Wednesday evening shooting. . . .

From a media report in Westwood.com in November 2012:

A University of Colorado staffer who accidentally fired a shot on campus last week, injuring herself and a colleague, is no longer employed by the university. A police report from the incident reveals that the ex-worker, Mary Beth Loeb, was showing her coworkers her handgun, and trying to unjam it, when she accidentally fired a bullet that ricocheted and hit another woman. . . .

The bullet accidentally fired from the gun appears to have bounced off a nearby filing cabinet, then ricocheting again from the carpet to the leg of Loeb’s coworker, Lilibeth D. Lopez-Gonzales, a patient coordinator for the School of Dental Medicine. Lopez-Gonzales, who confirmed the nature of the accident to police, said another coworker “was excited to see Loeb’s gun. In fact, they were thinking about getting one for themselves,” the report says.

Lopez-Gonzales didn’t realize right away what happened, but subsequently “noticed that her leg was bleeding a little bit.”

She suffered a minor laceration on the back of her right leg calf area, smaller than the size of a dime, according to the report. . . .

The minor laceration on Loeb’s hand appears to have resulted from the gun, not the bullet.

A case from Mississippi in 2013 is the most serious, but it is clear that this student recovered from the accident.

A University of Southern Mississippi student from Brandon remains in critical yet stable condition Friday after accidentally shooting himself in the thigh while sitting in his vehicle on campus.

Blake Ballard, 22, was found on the pavement outside his jeep Thursday afternoon on the service road adjacent to the Ogletree Alumni House.

The junior was rushed to Forrest General Hospital for treatment.

Because of his condition, police have not been able to interview the victim to determine the circumstances surrounding the shooting. But from all indications, police say it appears to have been accidental. . . .

Regarding the Idaho case in September 2014:

An Idaho State University assistant professor with a concealed-carry gun permit shot himself in the foot with a semiautomatic handgun that accidentally discharged from inside his pocket in a chemistry classroom full of students, police said on Wednesday.

No other injuries were reported and no charges have been filed in Tuesday’s shooting in Pocatello in a building that is part of the university’s physical science department, according to Pocatello Police Lieutenant Paul Manning.

The instructor, who was treated and released from a local hospital, possessed a so-called enhanced concealed-carry permit that allowed him to carry a hidden gun on campus under a state law that went into effect on July 1. . . .

Here is a case from Tarleton State University in Texas in September 2016:

The student, who is trained and licensed to carry, reported accidentally discharging a firearm about 6:30 p.m. in Integrity Hall, a co-ed dorm that primarily houses second-year students, university spokesman Harry Battson said.

There were no injuries, and property damage was “minimal,” he said.  . . .

Here is a case from Utah Valley University in April 2017:

A student sitting near a Taco Bell on campus reached into his backpack and fired a gun in the bag by mistake Tuesday, Utah Valley University reported.

The blast went off about 2:30 p.m. in a popular food court. The bullet hit a table and a light near the Jamba Juice and Taco Bell, but did not strike anyone, said UVU spokesman Layton Shumway.

Campus police responded to a report of a shot in the dining area between the Physical Education and Liberal Arts buildings.

The student had a valid concealed carry permit, Shumway said. Utah law allows people with the license to carry firearms at the state’s public colleges. . . .

Another accidental discharge with no one harmed at Texas A&M in September 2017.

According to UPD spokesman Lt. Bobby Richardson, the incident occurred around 8 p.m. Sept. 1 in one of the Corps of Cadets dormitories. He said an investigation into the incident found a member of the Corps and licensed concealed carry holder was letting another cadet hold his firearm — a Glock pistol — in the dorm when the non-owner accidentally discharged the gun.

After traveling through the wall into another dorm room — which was unoccupied at the time — Richardson said the bullet was found lodged in a bed frame. . . .

The incident has been ruled an accident and no criminal action will be taken. . . .

Here is a case from Grayson College in Texas in January 2018 where a gun was accidentally discharged during a criminal justice class demonstration. The instructor was a police officer and was able to carry a gun on campus even before Texas’ “new concealed carry law went into effect.”

. . . Vice President of Business Services Giles Brown said a criminal justice club advisor was showing two students how to use a computerized firearms simulator before the incident occurred.

He said the instructor took his live weapon and put it in a box so it would not be confused with the training weapon.

We’re told that the box did not have a lock on it, and that the instructor later left the room, taking the training firearm with him.

“One of the students thought the instrument inside the box was the training instrument so she picked it up,” Brown said.

Then, Brown said, she fired it at a target on the wall, realizing her mistake instantly.

“Shot a hole in the wall,” Brown said. “Crossed over and broke a window.”

Brown said the instructor is a licensed peace officer who is permitted to carry a firearm on campus, and, being an officer, has been able to even before the new concealed carry law went into effect last August. . . .

A gun was accidentally fired inside the office of Tennessee Tech’s vice president last month, leaving a bullet hole in the floor, according to campus police.

A Tennessee Tech police report obtained by News 2 indicates officers responded the afternoon of March 25 to Dr. Kevin Braswell’s office at University Advancement on a report of an “accidental discharge of a firearm.”

The report states Dr. Braswell, who had a carry permit and authorization to carry the gun on campus, told officers he put his weapon on a table earlier in the day, and when he got up to holster it, he “possibly got his finger near the trigger.”

Officers observed a small crater on the floor near Dr. Braswell’s desk and chair leg, according to the police report. An area of Dr. Braswell’s pants appeared to be “grazed,” as well. . . .

Here are some recent data on revocation rates by year of age of permit holder from Students for Concealed Carry for Texas.

*A person age 18-20 can obtain a Texas LTC only if they are a member or veteran of the U.S. Armed Forces or if they get special approval from a judge based on them facing some threat (such as the threat of stalking).

We have not found a single case where a concealed handgun permit holder was found guilty of committing a crime on a university where permitted concealed handguns were allowed.  One possible case involves Delton Williams on the Michigan State University campus in 2015.  Williams faced charges of brandishing a handgun, “though he did not point it,” at another driver.  Williams faced a misdemeanor, but the charge was dropped and Williams’ record was cleared in December 2015.

← Johns Hopkins’ Dr. Marty Makary: The CDC ‘Sits On’ Data To Suit Their Narrative. Raising questions about trusting them on other data issues. On the Michigan Talk Network: New Poll shows Voter ID in Michigan is strongly supported by BOTH Republican and Democratic Votes. →