With all the discussion about having another assault weapon ban, from 1998 Through June 2019, only 13% of mass public shootings are done solely with any type of rifle. Twenty-eight percent involve only a rifle or a rifle in combination with a handgun and/or a shotgun. CBS’s FBI Most Wanted (S2 E1 Nov 17 2020) has criminals using an AR-15 in a series mass public shootings. The show makes it clear multiple times that the weapon being used is the dreaded AR-15. This bias isn’t anywhere as bad as all the shows having criminals use machine guns, but it is clearly an attempt to demonize a particular type of gun since CBS would never have a civilian using an AR-15 in self defense. 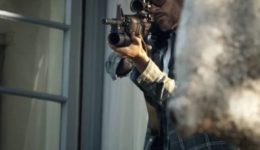