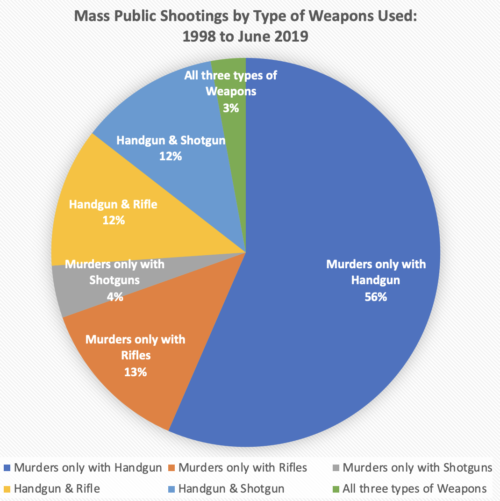 The Excel file with detailed information on mass public shootings is available here. With all the discussion about having another assault weapon ban, only 13% of mass public shootings are done solely with any type of rifle. Twenty-eight percent involve only a rifle or a rifle in combination with a handgun and/or a shotgun. Among the other findings, about 9 in 10 of the attacks are in gun-free zones (though over the longer period from 1950 94% of the attacks are in gun-free zones), more than half the shooters are over age 30 and over 80 percent are at least 21 years of age. 96% are male and 58% are white. Still for many it might be surprising that such a large percentage of these attackers are minorities and that most are much older than K-12 or college age shooters. Earlier work that we had done showed that the vast majority of these killers have no religious or political views. 45% of the mass public shooters were seeing mental health care professionals within a year of their attacks. 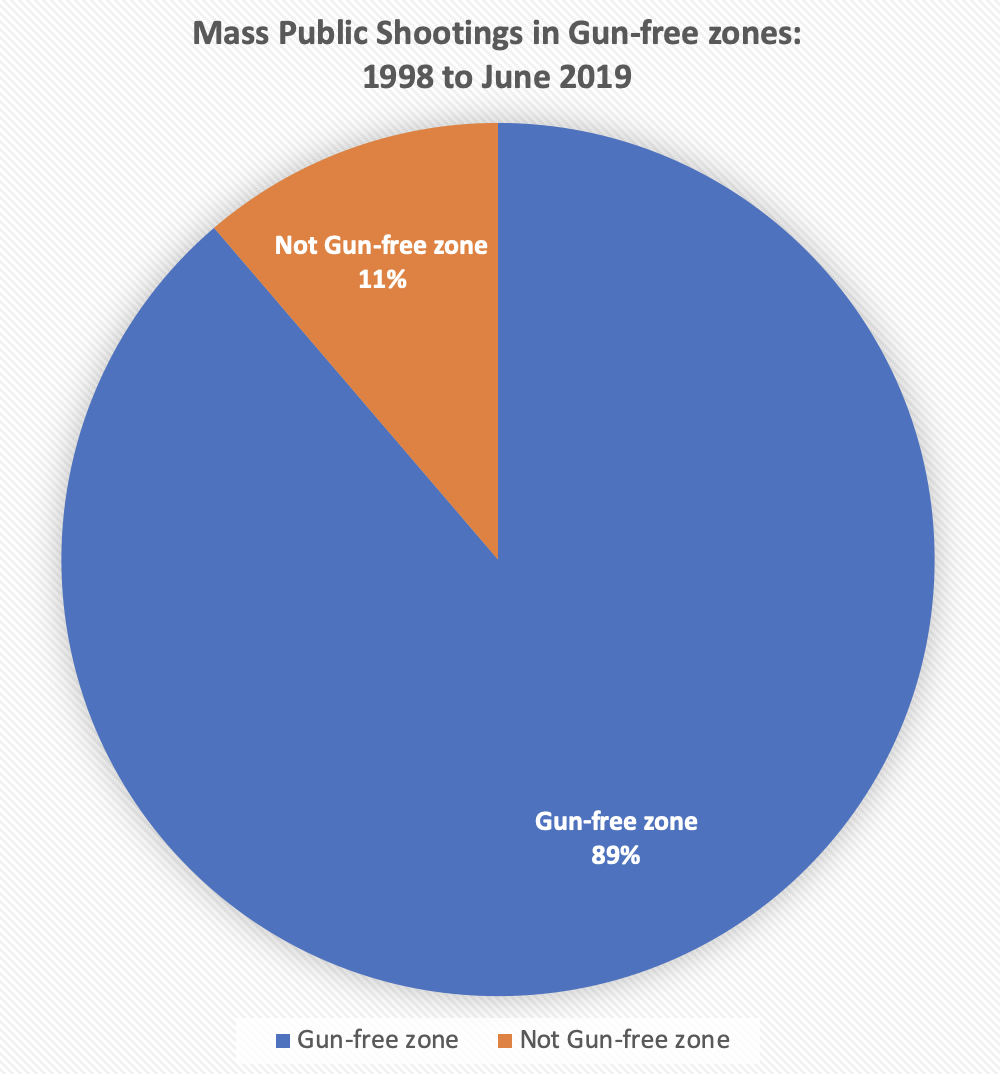 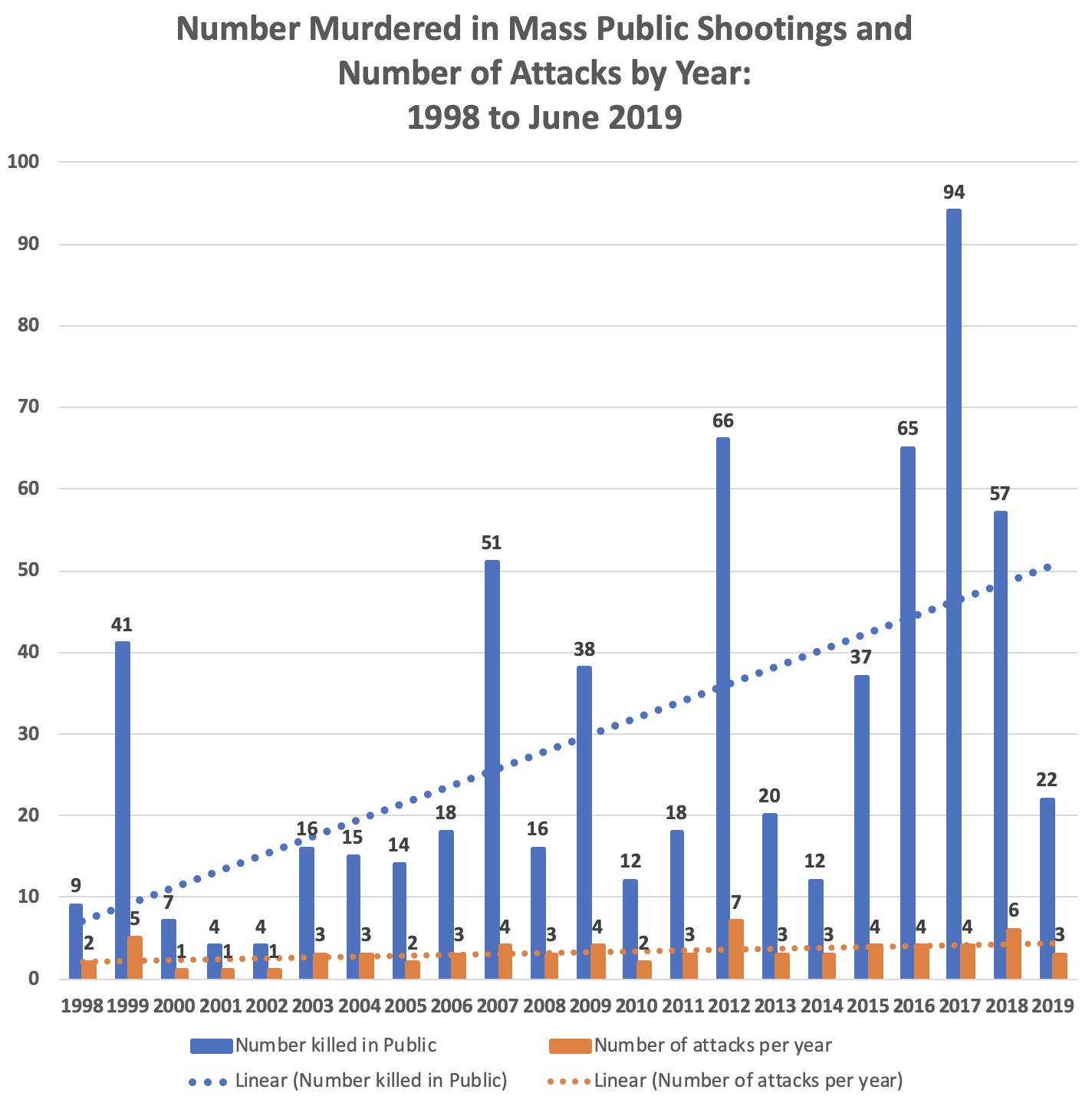 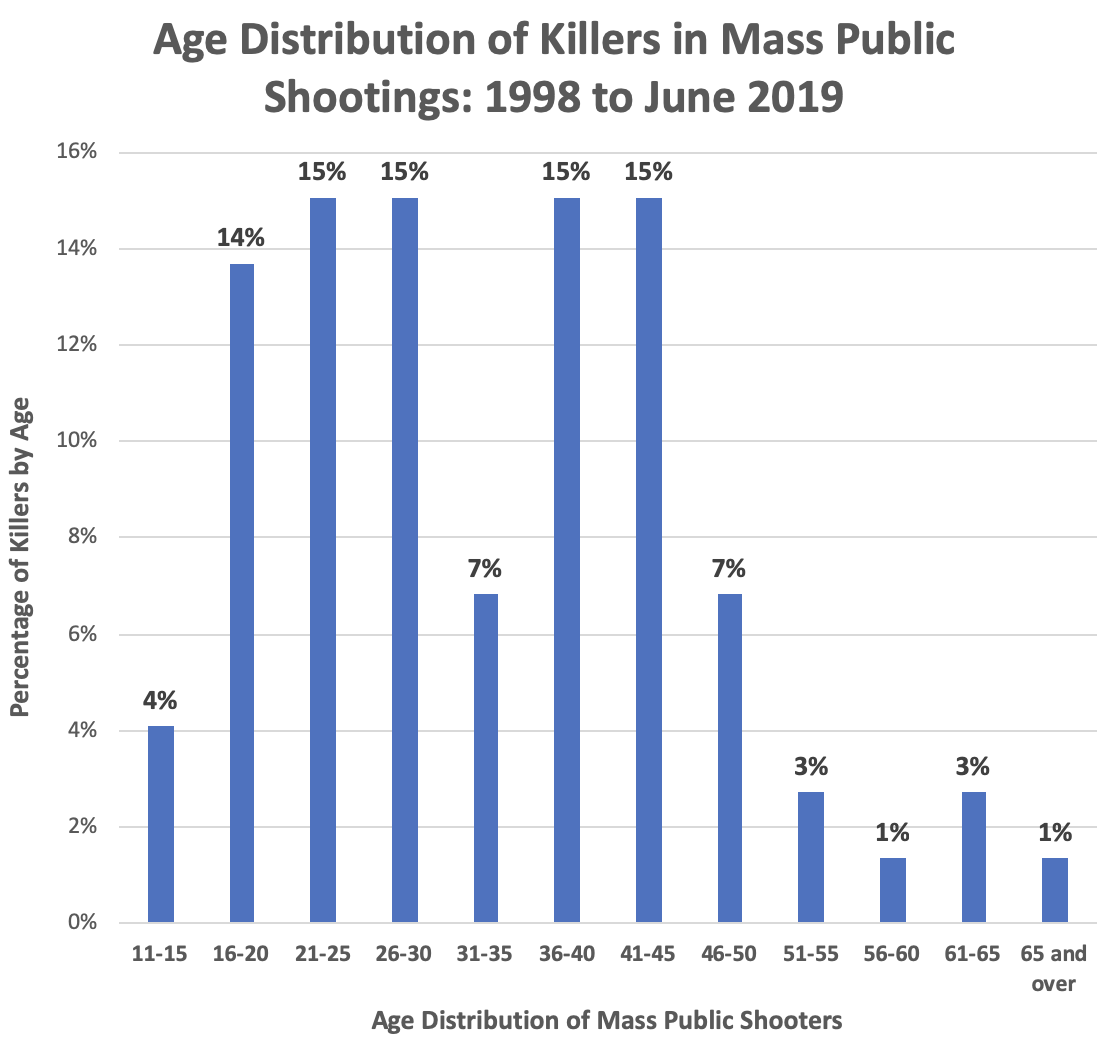 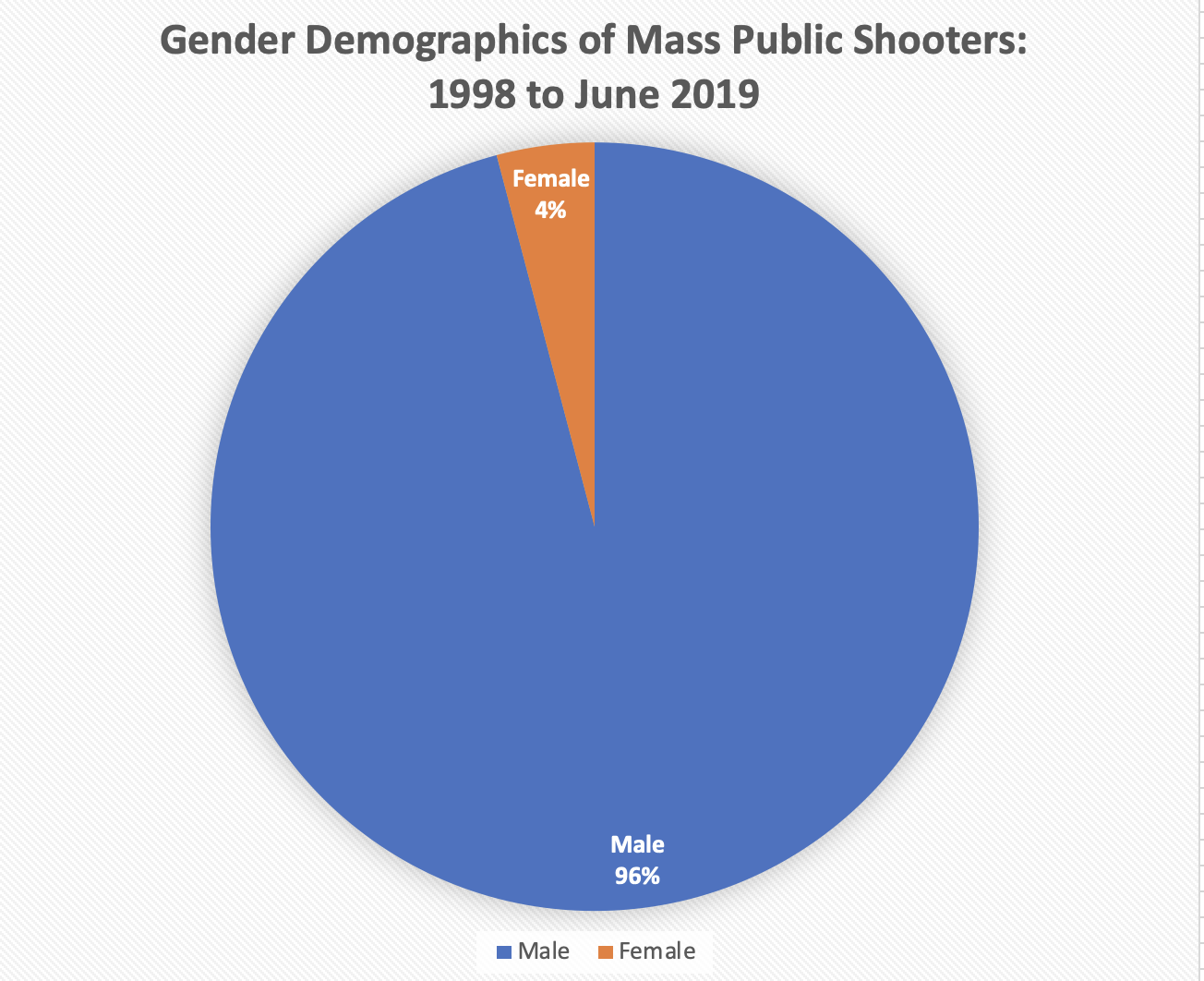 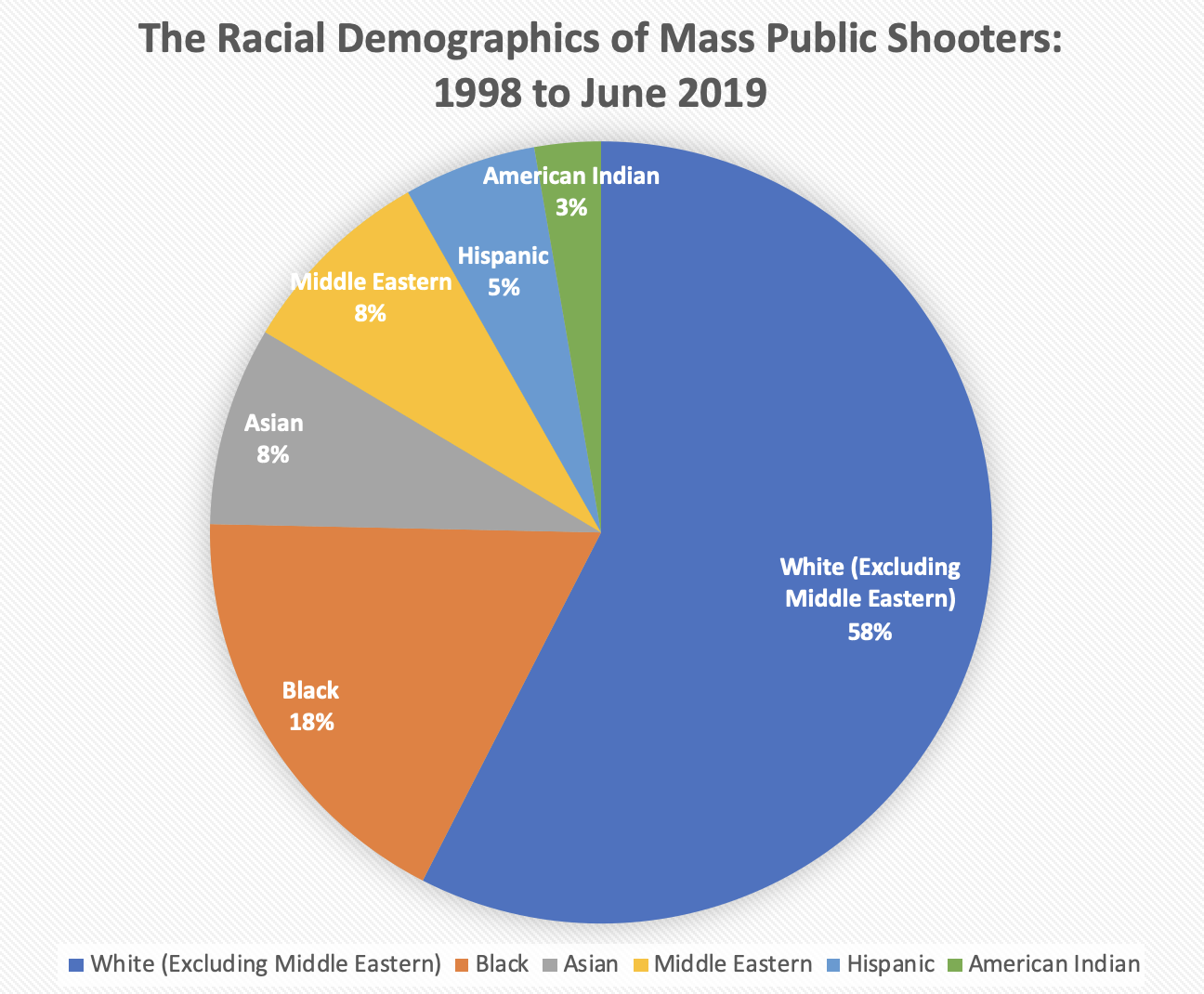