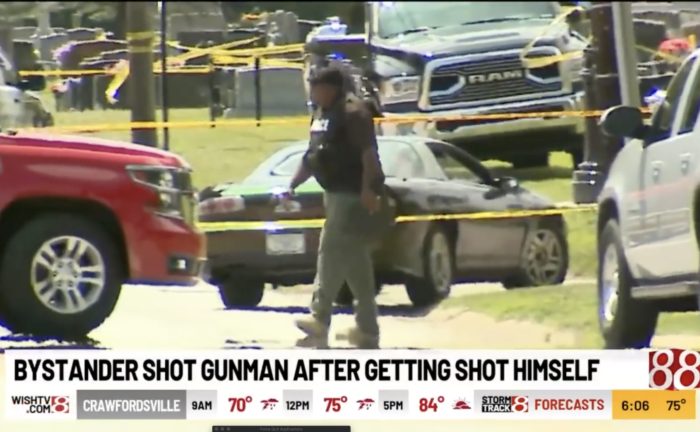 Hayes then chased after the second man and shot a third man who was stopped at a traffic light nearby. The third man was legally armed and fatally shot Hayes.

“This tragic event could have been much more disastrous. So, victim three not only saved victim two’s life, but he saved potentially the lives of many others,” BPD Capt. Jennifer Barrett. “Victim three did exactly what anybody would have wanted him to do at that scene that day.”

“One of those bullets actually went through my client’s vehicle window. He was actually injured with shrapnel, my client was.”

After he killed Robertson, he chased the other man and put a pistol to his head, said Relford [the lawyer for the concealed handgun permit holder].

“My client looked at that and realized there was one thing he could do and that was take action to save an innocent life,” said Relford. “The scenario was fairly clear to him in that one person was chasing another and the other was saying, no no no, please don’t shoot me!.”

Our list of other similar cases where permit holders have stopped mass public shootings is available here.