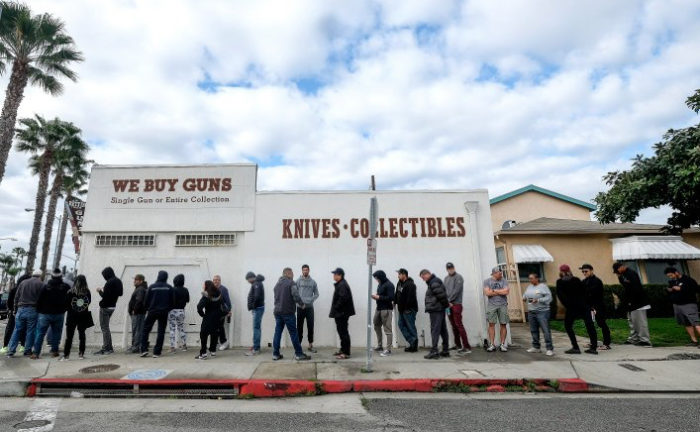 Fifty-eight state legislators in Maryland have signed a letter to the Governor Larry Hogan demanding that the state close gun stores in the state.

The ability of gun stores to remain open during this pandemic is worrisome for many Marylanders. Less than two weeks ago, a long line extended outside and around the corner of a gun store in Silver Spring. It is alarming to see Marylanders stockpiling weapons in such a state of emergency. Marylander has seen a surge in the purchase of guns and ammunition during this time of crisis. Guns are not essential to solving this pandemic, nor will they make people safer. . . .

The increased sales of guns in recent weeks is disturbing. Marylanders need to be encouraged to fight this pandemic with hygiene and social distancing rather than guns.

Governor Hogan has so far resisted calls for closing the stores, and “His chief spokesman indicated the governor is sticking with the federal guidelines.”

The Baltimore Sun notes that gun stores are closed in Massachusetts, New Mexico and New York and in California, Michigan, Vermont and Washington governors have left it up local governments.

Information on different state policies on closing gun stores is available here. As of April 12, 2020: