The Danger of Gun-free zones: What are you supposed to do when you can’t have your gun with you? 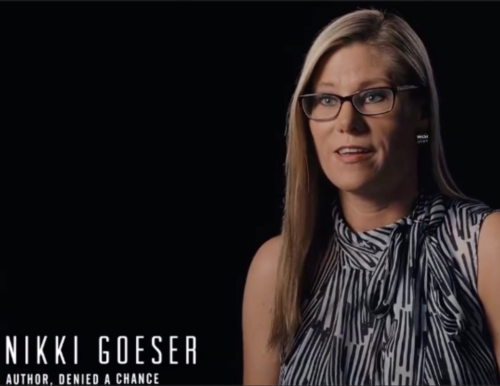 Many politicians and gun control advocates say if more guns mean fewer mass public shootings, the United States should be the safest place in the world. Indeed, the US has relatively few mass public shootings compared to the rest of the world, but we would have even fewer if we could get rid of gun-free zones. Ninety-eight percent of the mass public shootings in the US from 1950 to 2018 occurred in places that banned general citizens from having guns for protection.

Nikki Goeser makes the point that owning a gun doesn’t do much good for law-abiding citizens when they aren’t allowed to have the gun with them. Nikki’s husband was shot and killed in front of her in a gun-free zone by her stalker. Because of TN State Law back in 2009, Nikki had to leave her gun that she normally carried for self-defense, locked inside her vehicle because it was a gun-free zone. Nikki obeyed that gun-control law. Her stalker did not have a handgun carry permit and he proceeded to conceal carry the gun illegally and bring it into a gun-free zone and murdered her husband. Nikki was left helpless to defend her husband and herself.