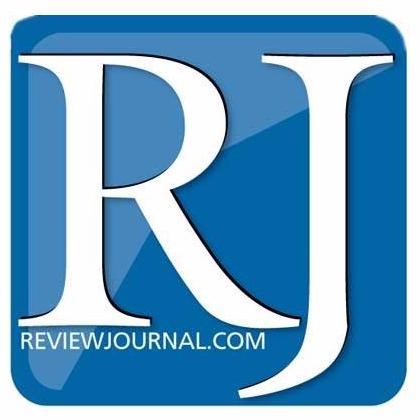 In the Las Vegas Review-Journal: “Guns on the agenda in Carson City”

Dr. John Lott has a new piece in the Sunday Las Vegas Review-Journal about the new gun control law just signed by Gov. Steve Sisolak. The piece starts this way.

Everyone wants to stop dangerous criminals or people with serious mental illness from having guns. We feel that as strongly as ever on the one-year anniversary last week of the Parkland high school attack.

But the bill on background checks on the private gun transfers that Gov. Steve Sisolak signed into law on Friday wouldn’t have helped. Nikolas Cruz lawfully purchased his own rifle from a gun dealer.

During testimony on the bill at the Legislature on Tuesday, the October 2017 massacre in Las Vegas was continually referenced. But the killer didn’t obtain his guns through a private transfer.

The new bill is based on a 2016 Nevada ballot initiative, Question 1. It’s no tragedy that the measure never went into effect. While it eked out a less than 1 percentage point win — even though opponents were outspent 3-to-1 — it was deemed unenforceable because it was poorly written. Last week a joint legislative committee rushed through a slightly revised version without allowing a single amendment to be offered.

Amendments were again prohibited on Wednesday, when the bill was up for a vote.

Any amendments would have forced Democrats to make some difficult choices. But the final version of the bill that Gov. Sisolak signed contains all of the flaws in the original initiative. Here are a few:

■ If a friend of yours is fearful of a stalker, lending her a gun is illegal unless she is literally being threatened at that very moment with death or great bodily harm.

■ You can forget about lending your gun to your son’s Boy Scout troop for their annual shooting trip, as this constitutes a private transfer.

In fact, this type of law wouldn’t have stopped any 21st-century mass public shooting in the United States.

It is one thing to stop a felon from buying a gun. It is quite another to stop a law-abiding citizen from buying a gun simply because his name is similar to that of a felon. But the federal background check system results in many tens of thousands of “false positives” every year. Relying on birth dates and phonetic similarity of names just doesn’t allow for much accuracy.

Certain names are more popular within particular racial groups. Furthermore, a relatively large percentage of minority men have criminal records that ban them from owning guns — the rate is 30 percent for black males. As a result, names of law-abiding minority men are much more likely to be confused with those of prohibited individuals.

From 2006 through 2010, the background check system denied 377,283 purchases. This is the last period for which there exist comprehensive annual data. But the federal government prosecuted only 460 of those cases. Most of the resulting 209 convictions were on charges of providing false information. There were a similarly small number of prosecutions by state governments.

Almost all of the initial denials were dropped because the purchaser had been misidentified. Many of these people are just trying to buy guns to protect themselves.

“This incredibly high rate of false positives imposes a real burden on the most vulnerable people — particularly minorities who are most likely the victims of violent crime,” said Reagan Dunn, the first national coordinator for Project Safe Neighborhoods, a Justice Department program started in 2001 to support enforcement of gun laws.

More mistaken denials aren’t the only barrier that background checks on private transfers present to law-abiding purchasers. They’re expensive. In New York City and Washington, D.C., the fees run at least $125 for private gun sales. In Washington state and Oregon, it is about $60 and $55, respectively.

This bill will make it harder for poor people to get guns. It will especially affect poor Hispanics and blacks living in violent neighborhoods, where there is a more pressing need to be able to defend oneself and one’s family.

Democrats argue that requiring free voter IDs puts too much of an onus on the disenfranchised who want to vote. But they see no irony in requiring fees and IDs (not free ones) from those who purchase guns. If they believe strongly in the benefits of background checks, Democrats ought to be open to covering the costs for low-income people, if not for all gun buyers.

This legislation will turn a lot of well-intentioned Nevadans into criminals. The fees and regulations will make it more difficult for the law-abiding poor to obtain guns for self-defense.