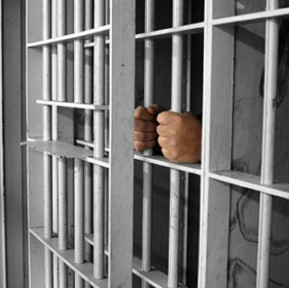 Earlier this year we completed a detailed evaluation of 38 years of prison data for Arizona.

In this edition of Prisoners in Arizona we provide an update to the findings of the previous report published in June of 2014. That report covered a wide range of inmate-related subjects with an emphasis on trends in inmate characteristics. In this report, we take a somewhat more focused view of several main topics, including prison population growth, changes in the inmate population, and recidivism. As these were also among the main topics in the 2014 report, it will be a simple matter to transition from that report to this one.
.
One of the primary conclusions of the previous study was that the inmate population is again on the upswing following a 35-month hiatus. After growing by an average of 106 per month over 38 years, the population started plummeting in November of 2009. The prison population was falling by an average of 27 per month between Nov. 2009 and July 2012. But from August 2012 through June 2016, the inmate population was steadily growing again, averaging 75 per month. However, the number of state prisoners has once again fallen into sharp decline. From July 2016 through June 2017, the population has decreased by an average of 53 per month.
.
Chapter 1 documents the magnitude of the inmate population trends. Chapters 2 and 3 identify several contributing factors to that change. Chapter 4 departs from the subject of population change to take a close look at one our favorite research topics – recidivism. Recidivism rates are placed under a microscope and examined for predictive validity. Recidivism is also tracked over time with interesting results. The data reflect the impact on the system of repeat offenders, and the effect of “evidence-based practices” that have been integrated into probation services over the last several years. Chapter 5 looks at the average prison sentences for those who are convicted of various types of drug offenses. The results show that those convicted of trafficking spend much longer times in prison than those who are convicted of possession, and that trafficking or possession of marijuana involves shorter prison terms than for other types of drugs. An Appendix examines the rate of convictions for undocumented and documented immigrants and U.S. citizens.
.
Our intent from the beginning of this series of reports is to show who is in prison and why. We hope to dispel the myths often repeated in policy discussions concerning prosecutorial discretion and sentencing practices. But along the way, we have also learned not only which offender categories pose the greatest risk to society, but also which groups should be targeted for enhanced supervision and focused rehabilitative services. These findings may help inform decisions about balancing control with assistance. This is not a new idea, as most agencies strive to accomplish this goal. However, it is well worth repeating, since preventing even one major crime is a worthy endeavor.

Chapter 2: Who is in Prison?

The study is available here.