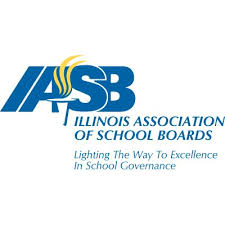 Members of the Illinois Association of School Boards voted Saturday against a resolution that would give school districts the option to train and arm staff.

The resolution was mostly supported by rural districts that were concerned about emergency response time and their ability to hire resource officers, the statement said.

Those who opposed the resolution rejected the idea that armed staff would make schools safer, the statement said. . . .

The American Federation of Teachers opposes the measure, which gun rights advocates claim could deter mass shootings at schools.

Gun violence prevention groups plan to gather outside the conference to rally against the measure.

Our research was used by those hoping to let teachers defend their schools.

[Board member Jeanette Ward] did say that the administration provided a memo, which is not public, that included what she felt were “partisan talking points.” She supported the resolution for multiple reasons, most notably for local control.
“Local school boards should be able to decide for themselves,” Ward said. “Why would U-46 feel the need to tell every other school board in the state that they can’t consider arming teachers? Shouldn’t that be up to those school boards? “
Ward added: “Philosophically, I believe teachers should be able to decide for themselves, not told what to do when their lives or their students’ lives are on the line.”
Providing “counterpoints” to the administration’s memo, Ward cited a survey by PoliceOne showing that 81 percent of police officers support arming teachers and data from the Crime Prevention Research Center (CPRC) showing that 97.8 percent of mass shootings since 1950 have occurred in designated “gun free zones.” She also said arming staff acts as a deterrent stating “concealed handgun permit holders take away that strategic advantage from the killers.” . . .