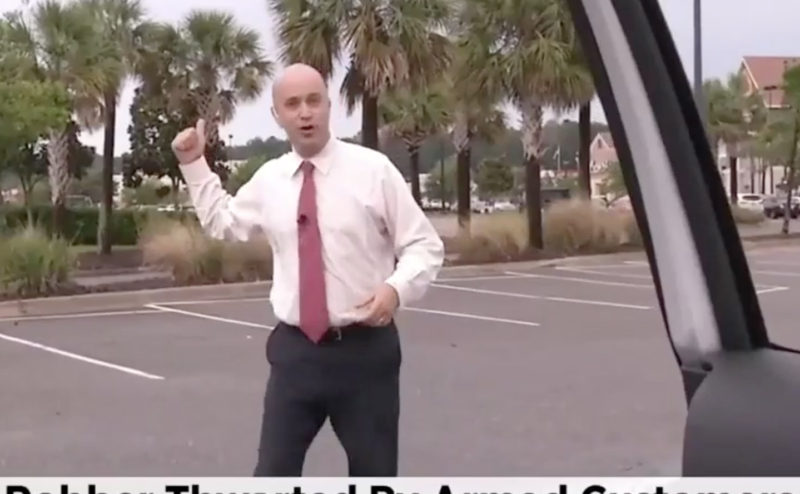 The robber tries to carjack a vehicle, but the driver pulls a concealed handgun on him. He then tries to carjack a second driver, only to find that she is also armed. At that point, the robber gives up and hid in the restroom of a nearby store. The video here says it all.

Police say a man who tried to carjack two people was thwarted after the victims both pulled out guns to protect themselves.

According to Fox 30, Jacksonville police officers arrested 36-year-old Christopher Raymond Hill, charging him with strong-arm robbery, carjacking with firearm or deadly weapon, aggravated battery with a deadly weapon and trespassing.

Detectives said the incident began when Hill robbed a Walmart liquor store, and attempted to flee in a silver Ford SUV. However, witnesses said the vehicle would not start, so he first tried to carjack Scott Reardean at knifepoint, cutting him on his arms and legs.

“I reached in between my glove box and my console, between my seats, reached down and got my weapon and brandished it for him,” Reardean told WJXT. “He was like, ‘Don’t shoot me.’ I was like, ‘Then get out of here.’”

Reardean said he was glad he had his gun with him for self-defense. . . . .