At The Hill: Democrats seek to restrict gun rights by targeting financial institutions

Dr. John Lott has a new piece at The Hill newspaper on how Democrats are trying to financially strangle the firearms industry. The piece starts this way:

If liberals can’t silence self-defense advocates or pass the gun control laws that they want, they will keep you from using your credit cards to buy guns or accessories. They also will prevent firearm makers from getting financing.

At first this was a matter of government policy, but now it is coming about by political pressure on private companies.

In 2013, the Obama administration initiated Operation Choke Point, which utilized the banking industry to “choke off” the ability of certain “fraudulent” businesses in “high-risk” sectors to operate by cutting off their access to financial services. Many in the gun industry found themselves suddenly cut off from banking relationships without notice or explanation.

“This administration has very clearly told the banking industry which customers they feel represent ‘reputational risk’ to do business with,” said Peter Weinstock, a lawyer at Hunton & Williams LLP. “So financial institutions are reacting to this extraordinary enforcement arsenal by being ultra-conservative in who they do business with: Any companies that engage in any margin of risk as defined by this administration are being dropped.”

Gun makers labeled by the Obama administration as a “reputational risk” around the country found themselves being dumped by banks that they had worked with for decades. Companies were able to find substitutes but only at a much higher cost of doing business.

By August 2017, the Trump administration ended Operation Choke Point, but that respite was short lived. In March, Andrew Ross Sorkin, a columnist for The New York Times, argued that if government officials won’t curb gun sales in the U.S., companies that handle the payments for guns should do so.  Gun control groups, such as the Brady Campaign, have also been pushing the idea.

Unfortunately, this year, many financial institutions have put restrictions on companies in the gun business.

— Over the last few weeks, Intuit has stopped processing credit card payments for all gun-related sales, even when the deals don’t involve firearms. Small businesses have found sales of T-shirts, coffee mugs and gun safety classes being prevented.

— Citigroup, the nation’s fourth-largest bank, announced in March that it would prohibit the use of its financial services for people under age 21 who tried to buy guns. It would also require that all sales had to go through universal background checks.

— Bank of America, the nation’s second-largest bank, announced on Bloomberg TV in April that it would no longer finance the operations for companies that made the most commonly owned semi-automatic rifles. Of course, this means that Bank of America will still be providing financial services to other gun makers.

— In February, First National Bank, the nation’s largest privately owned bank, stopped issuing credit cards with the NRA logo as a result of a coordinated campaign by gun control groups.

It is a little ironic that Democrats, who get upset about requiring photo IDs for people to vote, want to make it so difficult for people, particularly the poor, to own a gun to defend themselves and their families. Wealthy individuals have more choices to pay . . . 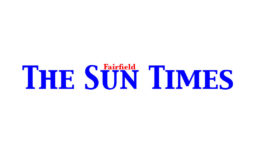 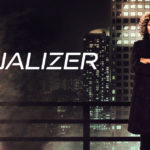 On Michigan Talk Network: The Lies About The Fed’s Default Risk 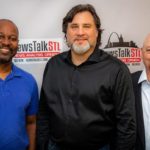