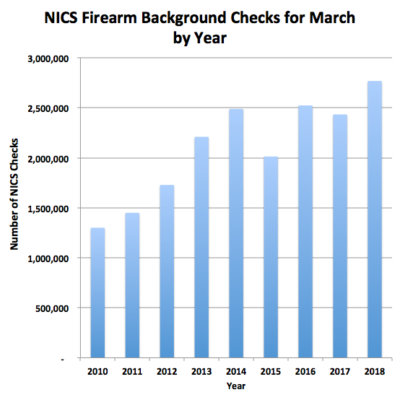 March 2018 was the busiest March on record for NICS firearm background checks, and the third highest monthly total ever. Only the monthly totals for December 2015 and 2016 were higher, though December checks are usually the highest. Note that NICS checks include not only background checks for purchasing new guns, but also for concealed handgun permits and for gun transfers in many states.  With two more months like March, this year will supplant 2016 as the busiest on record for NICS.  (Click on the table for NICS checks to enlarge.) 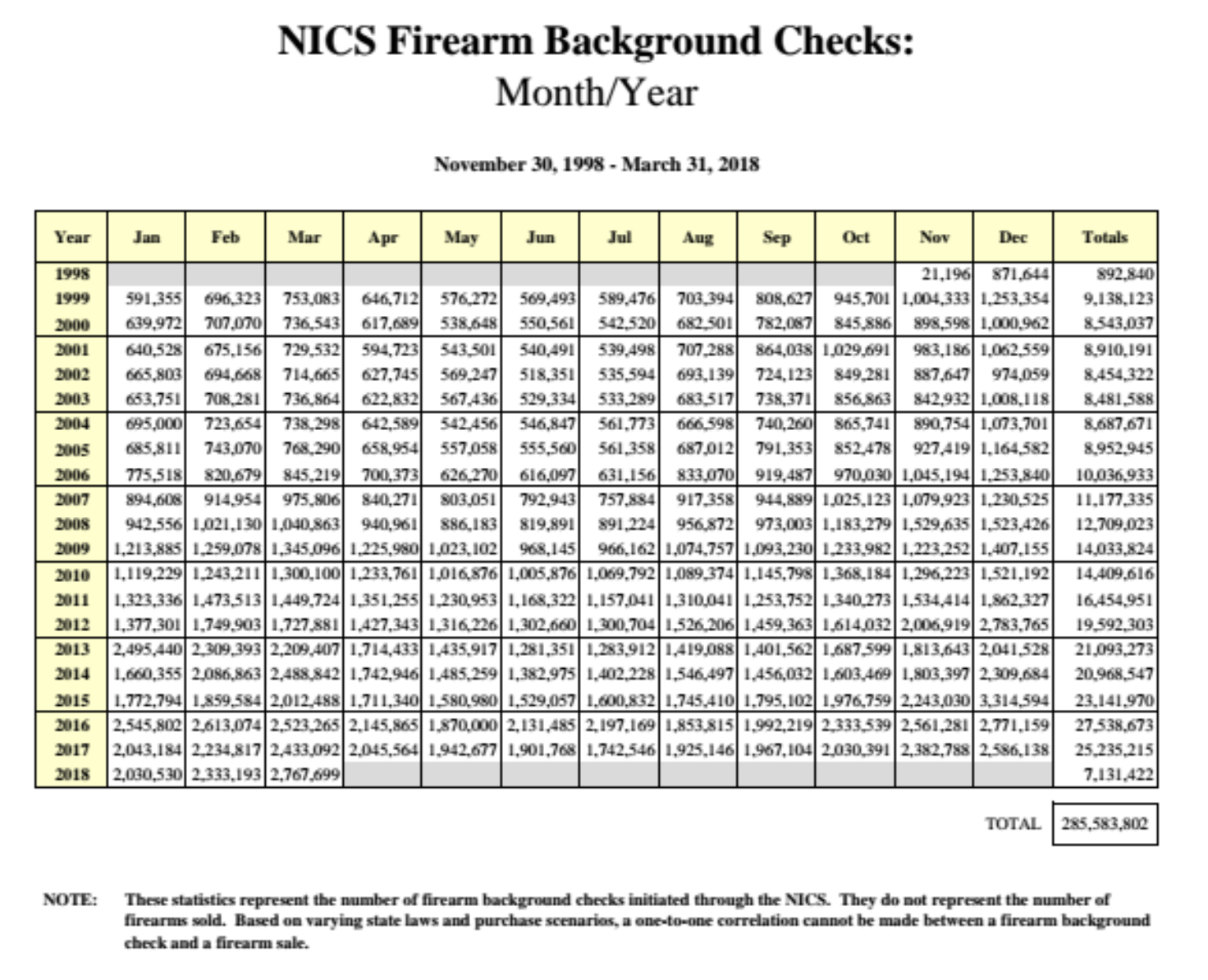 This article from the Washington Times also provides a more direct measure of increased interest in concealed handgun permits:

People are surging to sign up for training to carry concealed weapons in the wake of the Parkland school shooting, as analysts say sustained media coverage and calls for more gun control encourage people to look for ways to protect themselves.

Gun sales also appear to be on the rise, based on federal background checks.

The National Carry Academy in Minnesota says the number of people in its concealed carry courses has increased more than 200 percent since the Valentine’s Day shooting at Marjory Stoneman Douglas High School in Florida. The company said it was the biggest jump since the 2012 school shooting in Newtown, Connecticut.

“It’s kind of unprecedented, at least in our experience,” said Chris Schutrop, the company’s CEO and co-founder. “We’re seeing just a lot of interest and a lot of people taking the class — more than we’ve really ever seen before — even more than previous mass shootings that have happened or election cycles and stuff like that.” . . .

← UPDATED: Surveys on Teachers and Staff Carrying Guns show surprising support At The Hill: Let's save lives by putting more guns in the hands of teachers →