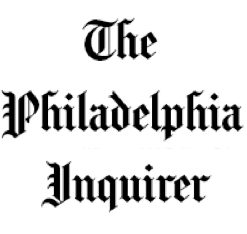 CPRC in the Philadelphia Inquirer: Travel ban makes sense in some cases

Last week, government officials banned most carry-on electronic devices from U.S.-bound flights originating in more than a dozen Middle Eastern and African countries. The reason was due to an increase in terror threats.

No judges are stopping the ban on electronic devices. No states are suing because the law discriminates against predominantly Muslim countries. Most everyone accepts that our security agencies can look out for us when they perceive a real threat from certain countries.

Last February, a bomb disguised as a laptop computer damaged an aircraft taking off from the Somali capital, Mogadishu.

But just because we can successfully prevent terrorists from blowing up a bomb on their way to the United States, what have we accomplished if they, instead, engage in a terrorist attack once they get here?

The threat of terrorism is real. At last week’s rally in Louisville, Ky., President Trump said we need to “keep these foreign terrorists from entering our country in the first place.”

But the week before, a federal judge in Hawaii, Derrick Watson, enjoined the administration from temporarily suspending entry from six countries. Watson, a district court judge appointed by President Barack Obama, said Trump’s executive order was “motivated by anti-Muslim animus.”

The judge’s evidence of religious bias includes Trump’s statement while signing the first travel ban. “I am establishing new vetting measures to keep radical Islamic terrorists out of the United States,” he said. Trump also later said, “If the ban were announced with a one-week notice, the ‘bad’ would rush into our country during that week.”

Can’t Watson differentiate between wanting to ban all Muslims from entering the United States and trying to keep out “radical Islamic terrorists”? Doesn’t it make rational sense that terrorists would try to enter the United States before new rules go into effect?

In Louisville, Trump expressed concerns about “the devastation at home from 9/11 to Boston to San Bernardino and many, many other places. We’ve seen attacks overseas in France, in Germany, in Belgium.”

Muslims have committed 39 of the worst 50 mass public shootings around the world from 1970 to January 2017 – following the traditional FBI definition of shootings with four or more fatalities in a public place, and not in connection to another crime such as robbery. Number 16 on that global list took place last June in Orlando. That shooting, the worst in U.S. history, claimed 50 lives and 53 people were wounded.

Many people mistakenly believe that the United States is somehow unique in mass public shootings, but in fact the rest of the world is much more dangerous: 24 of the worst 25, and 45 of the worst 50, occurred abroad.

The recent ban on electronic devices is motivated by threats from Islamic militant groups such as al-Shabaab, which is linked to al-Qaeda. In April 2015, that group shot to death 147 people at a university in Kenya. In September 2013, they fatally shot 63 and wounded 175 at a mall in Nairobi.

A large number of devastating Muslim attacks in Russia and elsewhere have not been counted as mass public shootings because they relate to struggles over sovereignty. For instance, the 2004 Beslan school massacre was carried out by Muslims in the name of Chechen independence. It claimed 385 lives and injured 783.

Of course, guns are not the only tools of mass killing. A man in Nice killed 84 people and injured more than 200 with a truck and a gun. An SUV was used in last week’s attack in London that left three dead and wounded dozens more. . . .

The piece was picked up by other newspapers.