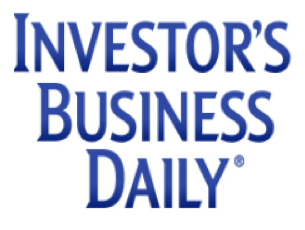 Dr. John Lott has a new op-ed piece at Investor’s Business Daily on the congressional votes to end Obama’s ban on some retirees owning guns.  The piece starts this way:

Do you know anyone who has decided to let someone else manage their finances? Just before Christmas, Obama finalized new rules banning Social Security recipients from buying a gun if they have trouble managing their finances.

On Thursday, the House of Representatives voted 235-180 to overturn that rule, with just two Democrats voting with the majority. This week, members of the Senate will face the same vote.

Under the Congressional Review Act, Congress has 60 days to pass a resolution overruling the regulation.

About 10% of all people 65 and older risk being classified as “financially incompetent” — about 4.2 million in all.

The National Council on Disability argues that there is no connection between inability to manage money and inability to safely handle a firearm. Are people also at risk if they can’t drive or do math? Where does it end? These people don’t deserve to be denied their right to self-defense.

Should “mentally defective” people be forbidden from voting or making other decisions? But Democrats would be understandably upset if voters were required to pass a literacy or intelligence test.

Having a gun is by far the most effective way of protecting yourself from criminals. And because of disparities in physical strength, women and the elderly stand to benefit the most from owning a gun. Only with a gun can an elderly woman realistically defend herself against a young man.

This is personal for me. My elderly mother has given my sister power of attorney to handle her finances. But computer illiteracy and inability to pay bills online shouldn’t mean stopping my mother from defending herself.

There are almost daily news stories of elderly Americans defending themselves with guns. They are much more likely to use a gun defensively than to use it in murdering people. Americans 65 and over make up over 14% of the U.S. population, but are responsible for only 3% of murders in which the age of the murderer is known.

But Democrats think that we need to keep an eye on the elderly, including veterans. The federal background check system now refuses gun sales to people who require help with administering their VA benefits.

Veterans who need help have to forfeit their benefits before that information is turned over to the background check system or they are banned from owning a gun.

In 2012, the Veterans Affairs (VA) provided 99.3% of all names on the NICS “mentally defective” list. So, military veterans are massively overrepresented among those losing their rights to own a gun. Our veterans deserve more respect.

Before throwing more names into the background check system, it might be time to correct some massive problems with the system.

Some 3 million people have been stopped from buying guns because of background checks, but about 99% of those who were stopped from buying a gun were false-positives, people mistakenly stopped because they had a name similar to that of a prohibited individual. Adding even more names will only make these false positives more common.

This is the same problem experienced with the “No Fly” list. On five occasions, the late Sen. Edward Kennedy was “initially denied” flights because his name was on the anti-terror “No Fly” list.

But he wasn’t the Edward Kennedy that the government wanted to keep from flying. Presumably no one would never count those mistakes as five times terrorists were stopped from flying, but these same mistakes are counted as background checks on gun sales working.

These denials used to just mean long delays for many law-abiding gun buyers. Although this is merely an inconvenience for most, initial denials cause dangerous delays for people with a pressing need for protection. Perhaps someone is being threatened, stalked, or living in a neighborhood that is facing a sudden rash of break-ins.

Government employees used to double-check for mistaken denials. But President Obama reassigned them to other tasks.

People can still appeal these mistakes, but the process is complicated and most likely necessitates hiring lawyers for thousands of dollars. Poor and middle-income Americans can’t afford these costs.

Democrats aren’t doing senior citizens any favors by looking for any excuse to disarm them. These laws raise crime rates by disarming law-abiding, vulnerable people. This was just one step in gun control advocates plans for “reasonable” gun control, but there is nothing reasonable about it.

← Evidence on Felons voting for Democrats With Stand Your Ground Laws being Debated Again in Florida, a primer on the topic →