Is Chicago Murder Rate problem a Result of Recent changes in Police Behavior? 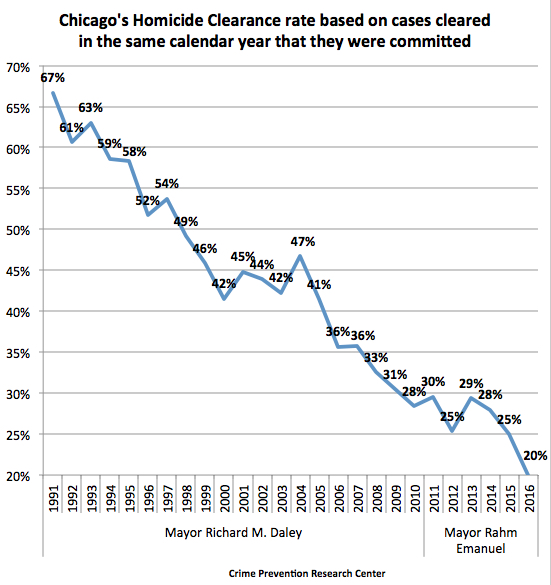 Sources for the graph available here and here (see the bottom of this page).  See graph below.  The percentage of cases cleared is obtained by dividing homicides cleared divided by total homicides (the sum of homicides cleared and not cleared).  The latest clearance rate data for the US as a whole is for 2014 and it shows a rate of 64.5%.  In 2010, the rate for the US was 64.8%.  The rate has been relatively constant over time in the US as a whole.

For those who watched CBS’s 60 Minutes last night, the show emphasized how stops and arrests by police has fallen between August 2015 and August 2016.  Between those two months arrests fell from 10,154 to 6,916 and the number of times people were stopped and questioned by the police fell from 49,257 to 8,859.  Both surely startling drops.  The drop in the number of recorded stops may simply be due to the truly extraordinary increase in paper work required in Chicago after January 1, 2016 to record stops.  The increase in paper work came about as a result of an agreement reached between the ACLU and the City of Chicago.  But the above graphic looks at annual data and finds a big if somewhat less dramatic drop in arrests — showing CBS cherry somewhat exaggerated the change by picking the one month that they did.  (Clearance rates are the rate that cases result in arrests.)  In any case, the drop isn’t something new, but a continuation of a trend that has been occurring since the beginning of the Daley administration.

As we have pointed out before, none of this absolves Mayor Emanuel from the damage that he has done to Chicago police department.

Another way of looking at the data. 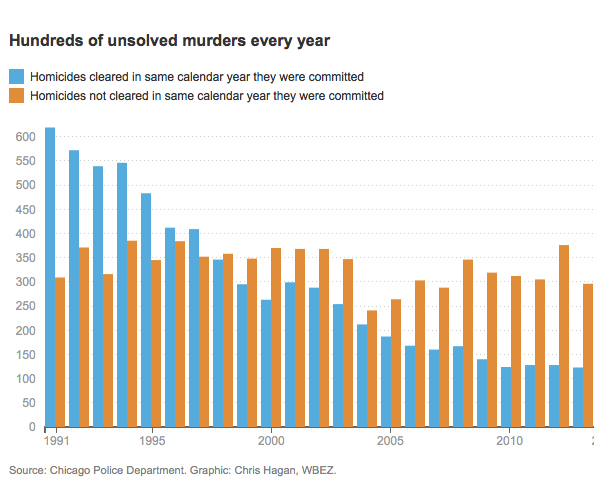 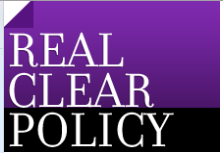