New CPRC Study: Comparing the views of Economists and Criminologists on gun control 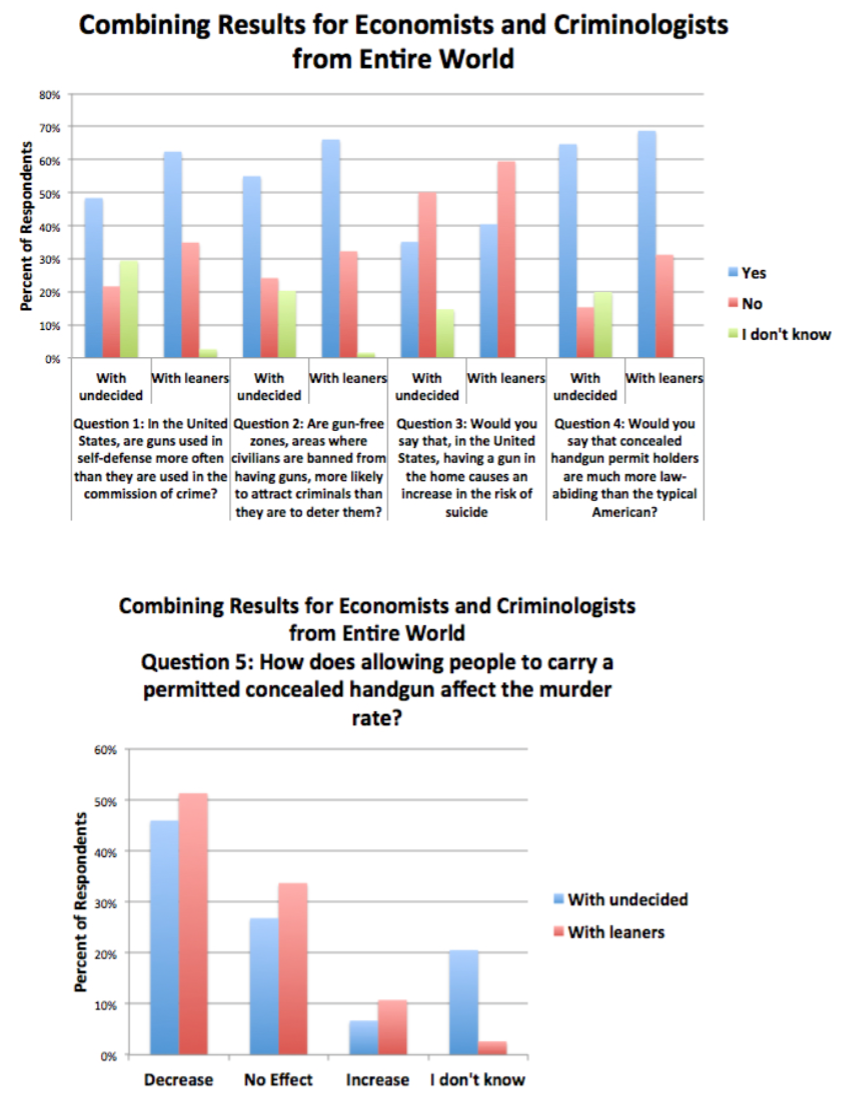 Gary A. Mauser, Simon Fraser University (SFU) – Beedie School of Business, and John Lott have a new survey of academic criminologists and economists who have done empirical research on guns that has some very interesting results.  A copy of the survey is available here.

Economists and Criminologists have very different models of human behavior. A total of 74 out of 130 academics who published peer-reviewed empirical research on gun issues in criminology and economics journals responded to our survey. That was a 57% response rate. Looking at their views on gun control, our survey finds that these two groups have very different views on gun control that vary in systematic ways that we expected. While economists tend to view guns as making people safer, criminologists hold this position less strongly. Combining all the economists and criminologists together shows that researchers believe that guns are used more in self-defense than in crime; gun-free zones attract criminals; guns in the home do not increase the risk of suicide; concealed handgun permit holders are much more law-abiding than the typical American; and that permitted concealed handguns lower the murder rate. All those results are statistically significant. The survey of economists was conducted from August 25th to September 12th 2014. The survey of criminologists was conducted from May 29th to June 14th 2015.

Click on figures to enlarge.  Here are some of the results for our survey. 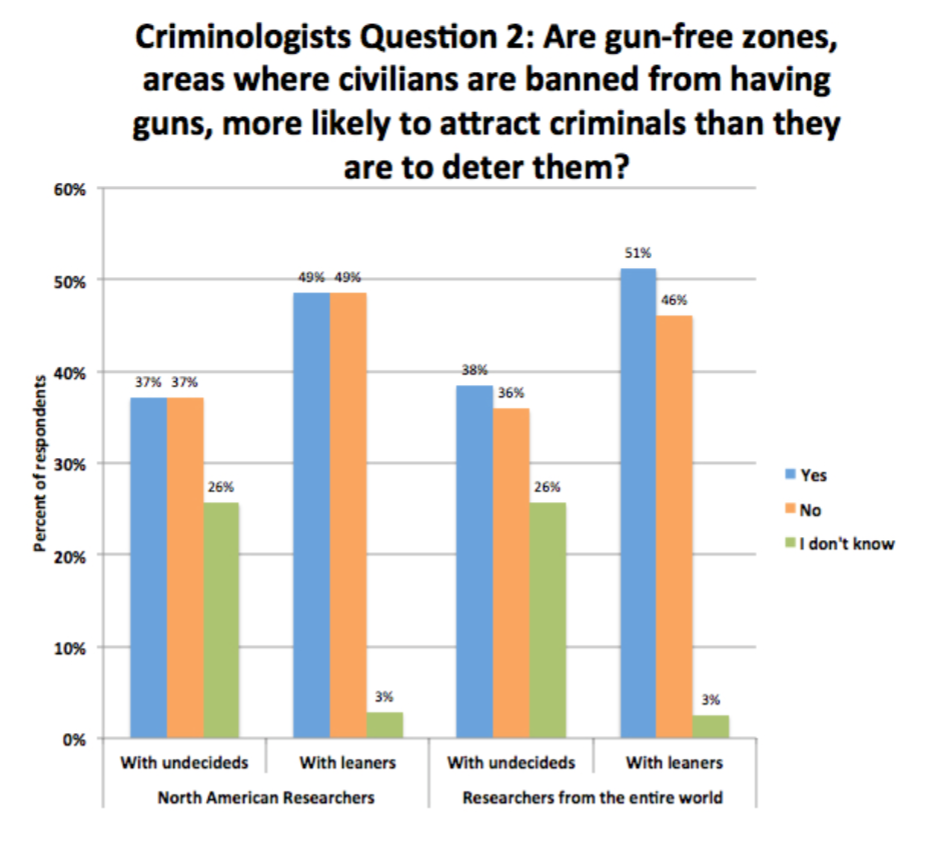 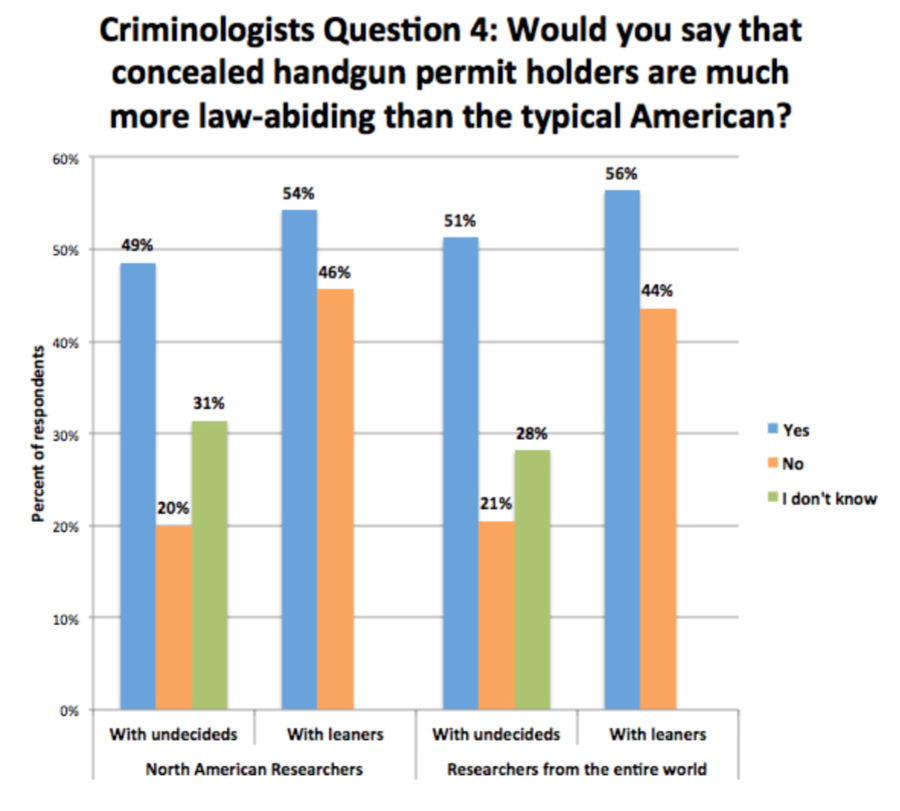