Debates on concealed carry on campus at University of Texas at Austin and St. Mary’s University were standing room only: Video of UT Debate available

On Tuesday this past week, John Lott had two debates at Texas universities — the University of Texas at Austin from noon to 1 PM (the first two picture) and St. Mary’s University from 6 to 7:30 PM (third picture).  Nine professors at the University of Texas who had spoken out publicly against allowing permitted concealed handguns on campus said that they were unwilling to debate Lott.  A number of other professors declined to respond to email requests.  Professor Joan Neuberger and Lecturer Matt Valentine asked that Lott be disinvited from speaking and refused to participate because they said that Lott’s research had been “disputed” or “discredited,” but when offered the chance to raise those points in a debate neither were willing to do so.  Valentine has attacked Lott in print before (response here), but was unwilling to do so face-to-face.  The story was the same with professors at St. Mary’s University.

At 1:26 into the above video, the president of the University of Texas Federalist Society discussed how difficult it was to find someone to debate Dr. Lott.  He said:

I am especially appreciative of Ms. Gavrin today.  As we talked this morning . . . . we worked through the Keep Guns Off Campus public list of signatories, professors from all around the campus, about 150 professors all over this campus, including about a dozen at the law school.  We received a total of nine “nos,” nine refusals to debate the Federalist Society sponsored speaker, Dr. Lott, until finally one of those professors came through and said: “I am still unwilling to debate Dr. Lott, however, I have a recommendation of someone who is really sharp, she’s really enthusiastic, she’s well-known among Keep Guns off Campus circles and that is Ms. Gavrin.”

Both auditoriums were completely filled, with students having to sit in the isles or stand at the back of the rooms.  And the debates were sponsored by the Federalist Societies at each law school.  The debate at the University of Texas was the second largest crowd that the Federalist Society chapter had ever had.  Both schools have been in the process of making plans on how to implement Texas’ new law on concealed carry on campus.  The University of Texas must allow concealed handguns on campus, but they are now considering what buildings it should be banned in.  Unfortunately, St. Mary’s University, a private university, made a decision to ban guns on campus immediately before our debate. 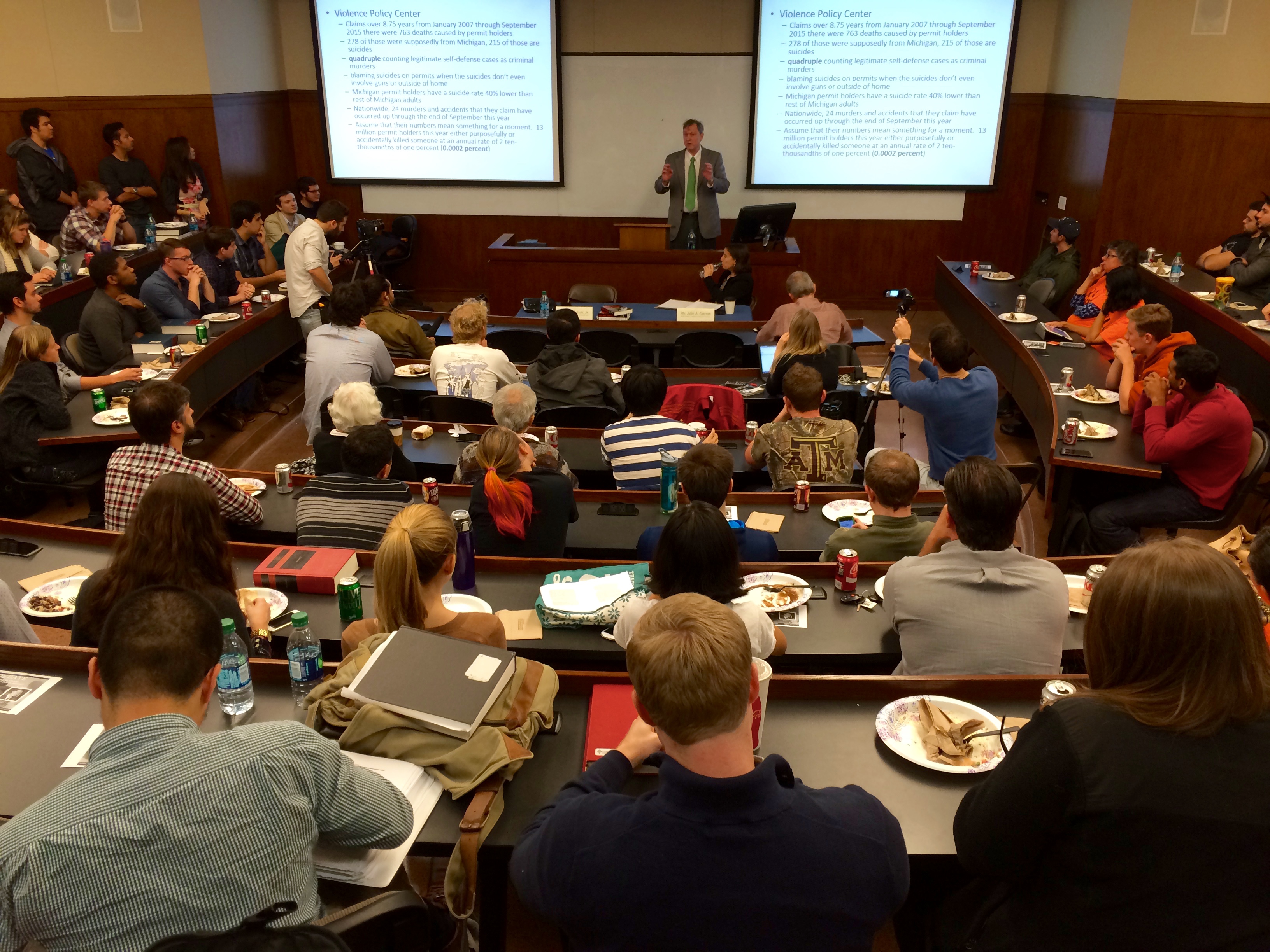 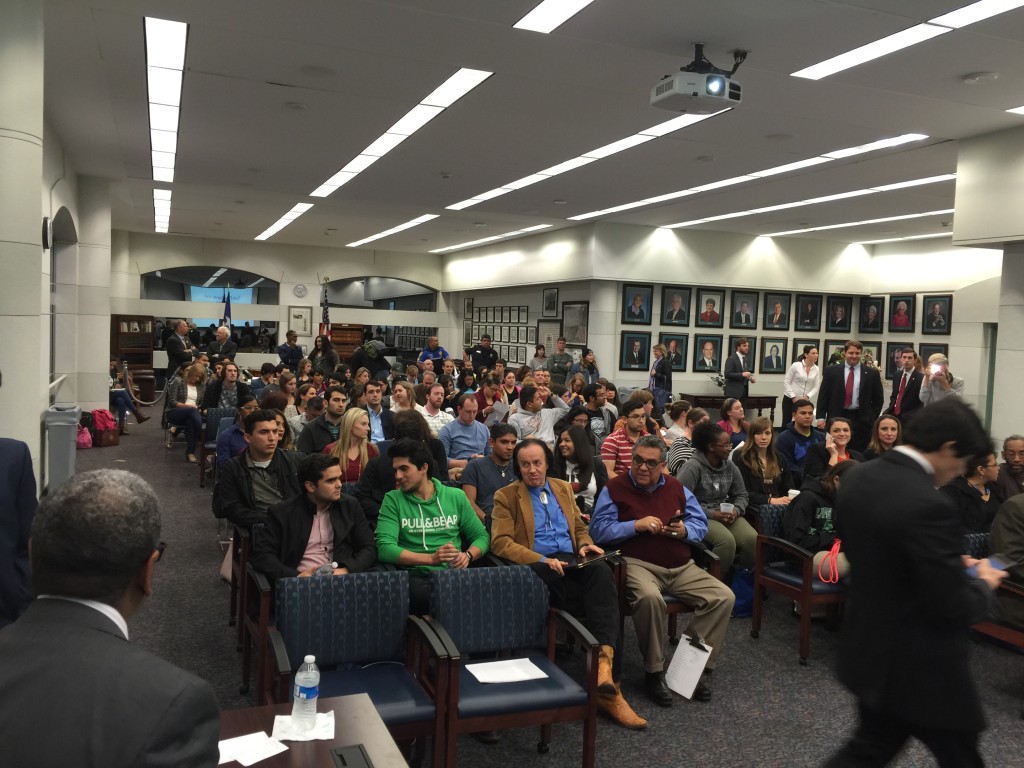